Social distancing may be a crucial step to help limit the spread of the coronavirus, but the lack of high-speed internet in rural areas is already hampering the ability to conduct classes, run small businesses, or practice telemedicine.

“Social distancing is dependent upon people being able to have high-speed broadband at home,” Janie Dunning, broadband consultant for the Missouri Farm Bureau Federation, told Agri-Pulse.

Schools, universities and businesses across America have had to restructure their work plans almost overnight. One school in southeast Tennessee took proactive measures after hearing news about coronavirus spreading.

“We did a survey with all of the students the week before everything kind of went crazy,” Jason Bell, secondary supervisor for Polk County, Tennessee, School District and a former president of the National Rural Education Association, told Agri-Pulse.

He said out of the survey of 2,400 students, roughly 79% were adequately served with rural broadband, which included coverage by satellite or another provider.

To ensure all students can learn, Bell said teachers also are preparing paper lesson plans for students. He said the packets would be delivered this week via school buses on food routes.

“It would be a million times easier if we had 100% broadband but that’s not the case, and that’s not the case for a lot of rural districts out there,” Bell said, adding that there are many issues delivering curriculum because delivery routes must determine who needs food, who needs a packet, or both.

“They installed fiber in some cases when it was nearby, they used LTE wireless connections, in some cases they gave households a hotspot so they could connect to a nearby signal,” Olson told Agri-Pulse.

As more and more people telework, one question has been how it is affecting the capacity of networks, and that all depends on location.

Alan Smith, executive vice president for Rock Island Communications, said the area has seen a 15% uptick in use of services.

"Not that people are traveling right now, but our locale is a seasonally based area. We see a growth of 40-to-60% of people every year during the summer months,” Smith said.

Smith said he is not worried about the capacity but that some areas will be tested as the virus moves across the country.

“We saw about a 10% increase in the first five days and we’ve seen another 20% in the last week,” Arndorfer said during a Western Governors Association webinar. 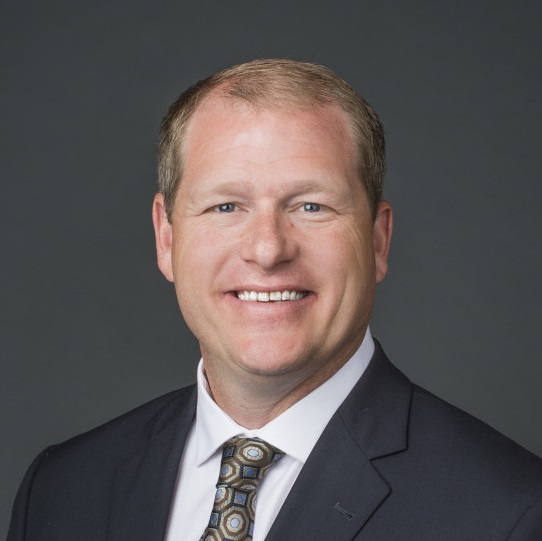 But when it comes to accessing high-speed internet at farm operations, some were already experiencing problems well before coronavirus.

Dustin Converse, a corn and soybean producer in northwest Ohio, gets his high-speed internet connection through wireless broadband fed from a grain bin leg. But that method has its limits.

He said speed and cost of coverage are his biggest problems. Converse has always worked out of his home and currently has 10 megabits per second (mbps) download speed and one mbps upload. But he recently noticed his download speeds have been reduced by 4 mbps.

“It’s definitely slowed things down for us the last week or so,” Converse said. “We’ve got secure logins ... sometimes the feed’s not even fast enough to maintain your connection.”

He said slow connections also delay decisions made with data, such as for seed and fertilizer applications. Converse said he would like to see 100 mbps download speeds in his area because he also markets freezer beef online to consumers.

“It’s critical, I mean it’s our connection to the world,” Converse said.

"We have more people now working at home and using the broadband network, so you’re going to get congestion," Dunning, the broadband consultant for Missouri Farm Bureau, said.

Senior officials at the FCC say they are monitoring and keeping an eye on network performance measures. The official told reporters Monday the agency continues to encourage public reporting, but it does not have any imminent plans to start doing reports itself. However, if problems arise, the official said that could change.

By signing the pledge, companies commit to not terminate service to residential or small business customers over the next 60 days, waive late fees because of economic circumstances related to coronavirus, and open Wi-Fi hotspots to any American who needs them.

“Chairman Pai wants to make sure that Americans stay connected during the coronavirus outbreak,” an FCC spokesperson told Agri-Pulse in an email. “Federal law gives network operators broad flexibility to manage their broadband networks, and the FCC has already been coordinating closely with network operators to ensure those networks remain up and running.”

Last week, Pai granted temporary authority to wireless companies to use additional spectrum in order to ensure that they are able to meet their customers’ needs.