Most rural and agricultural lenders entered 2020 in strong financial shape, but many are bracing for what could appear on the horizon as the human and economic fallout from COVID-19 unfolds.

“Some things are just starting to be felt in this new world we’re living in,” notes Mark Scanlan,  senior vice president of agriculture and rural policy for the Independent Community Bankers America. “Banks are in a good position, but they are expecting a storm to come. And they don’t know how long this is going to last.”

In a recent letter to the House and Senate Agriculture Committees, ICBA provided the backdrop for their concerns.

Farm production expenses are projected to rise by over $10 billion in 2020. Working capital, a measurement of the amount of cash available to fund operating expenses after paying off debt due within 12 months, is forecast to decline 15.0 percent from 2019. Debt-to-asset levels have risen every year since 2014 and will be higher again in 2020. 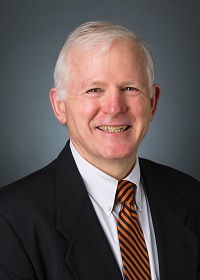 Adding to potential stress for farm families, total median farm household income is forecast to decline 2.1 percent in 2020 after inflation and has declined every year but one since 2015. In recent years, roughly one-half of farm households have had negative farm income, forcing them to rely on off-farm income.”

Bankers are looking at falling commodity prices, erosion of collateral values and watching cash flows pretty closely, Scanlan says. “The problem is you don’t know who is going to test positive, so you don’t know which business might have to close for a while. It’s hard to say who will be most impacted.”

Todd Van Hoose, President and CEO of the Farm Credit Council agrees that the impact of the pandemic is not very clear.

“We’re open. We’re financially strong and prepared to fulfill our mission but we may have to do it a little differently because of the restrictions on person to person contact,” he says. Indeed, thousands of farm credit employees are teleworking from their own homes with occasional office visits and reaching out to customers on the phone and internet.

“People are stressed,” he admits. “Even before this COVID-19 stuff, people still had agriculture economy problems. Income has been down, leverage is going up, working capital going down – all trends going on for 5-6 years now.”

Anecdotally, Van Hoose says he’s hearing concerns about labor shortages as employees are sick or sheltering – things like processing plants and packing sheds. The other issue is that “we have a ton of part-time farmers in rural America who rely on off-farm income. These are people who have a job in town and still have some cattle or whatever. And a lot of those people are going to get laid off.”

Both Van Hoose and Scanlan agreed that another round of Market Facilitation Program payments would be helpful to their customers. “That could go a long way,” Van Hoose emphasized.

Another concern for rural lenders is the housing market. Rod Hebrink, president and CEO of Compeer Financial, expects home lending in general will be an area impacted by the pandemic because there are going to be layoffs in rural areas.

Looking across all industry sectors, several lenders told Agri-Pulse they are most concerned about renewable energy and the dairy industry. Hebrink says he is worried about renewable fuels and ethanol in particular because gasoline demand is a primary driver of ethanol usage.

“Oil prices have dropped dramatically, and it was due to the overproduction of oil globally. That would have created challenges for renewable fuels regardless. Adding to that, a sudden demand shock for gasoline when usage is going to fall.”

He expects plants will idle because the demand isn’t there and “neither is the profitability.”

Hebrink says dairy is a bit more vulnerable because the sector was coming into this downturn with the weakest financial position.

“Dairy has been under pressure for the last 3-4 years. Things were starting to turnaround in the last half of 2019 and now we have another demand impact.

“In the immediate term, we’ve seen demand for proteins rise. We will see if that is a short-term or longer-term behavior,” he adds. “Underlying this all is that food is an essential industry. People don’t stop eating because they don’t go to bars and restaurants.” 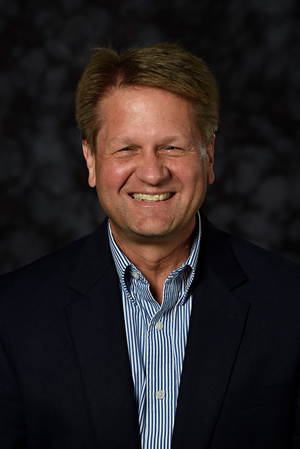 Vince Bailey, Executive Vice President and Chief Credit Officer, Farm Credit Mid-America says overall,  credit quality is very good. Currently, many of his customers are asking about potential servicing options. For example, a customer who had a load of cattle ready for market but, given that the cattle market had gone down so quickly,  they wanted to hold them for a longer period of time.

Like Hebrink, he has concerns about ethanol and dairy borrowers, as well as part-time farmers and niche producers who may service high-end restaurants.

“We still have stress out there in several markets, but 2019 was actually our highest net farm income going back to 2013,” says Bailey.  “Keep in mind we saw a big bounce from MFP payments that supported cash flow.”

Once the dust settles on a federal stimulus package, lenders hope that there will be more clarity for regulators, markets and their customers.

Bailey says he would like to see the federal government focus on “keeping supply chains open, keeping processing plants open, and making sure we have enough labor available for all sectors.

Access to labor is a primary concern for the fruit and vegetable industry, says Roland Fumasi, senior fresh produce analyst with Rabo AgriFinance.

He says the impacts of COVID-19 on the produce industry have been broadly positive on the demand side as consumers make a run for grocery items, including fresh produce.

But on the supply side, he expects more pressure on labor during peak strawberry season in California in May. “That industry is pretty reliant on H2-A,” he adds, and the situation could change rapidly over the next 30 days.

“We are already functioning against a backdrop where we have a general shortage of labor for years. Anything that slows that down anymore starts to be really significant,” Fumasi says.

The other concern is the potential for buyers to claim force majeure– particularly if a grower already shipped the product and the buyer doesn’t want to pay.  He says that’s most likely to occur with crops like tree nuts and international shipments, but could impact others.

However, it’s not all bad news for the lending community and their borrowers.

Farm Credit Mid-America has offered patronage back to customers for four years, including this week. Bailey said he was in the process of sending out about $186 million to customers. “It’s a great time to help fill this income gap.”

Bailey also says he’s seen a fairly significant run of refinancing amidst changes in interest rates. Throughout the last six months, interest rates have been declining and borrowers throughout the U.S. are taking advantage of the lower rates.

“Our loans have a feature that allows clients to reprice or convert to new rates,” says Hebrink. “We are seeing clients do that and reduce their cash outlays. Plus, a certain amount of our portfolio are on a pure variable rate that generally follows the ups and downs in prime. Effective April 1, we are lowering our variable rate structure by 1%.