Now that President Donald Trump has signed the historic $2 trillion economic relief package into law, work now turns to getting the money out as quickly as possible. “This doesn’t do anybody any good if it takes a long time,” Treasury Secretary Steven Mnuchin said on CBS Face the Nation on Sunday.

Mnuchin indicated in interviews that the new Small Business Administration’s forgivable loan program could be ready by Friday and direct payments to individuals could be deposited within three weeks. For individuals without direct deposit information, there will be a web-based app for getting the money, Mnuchin said.

Keep in mind: We’re waiting for word from USDA on how the $23.5 billion in farm aid that’s included in the bill will be distributed.

The big picture: President Trump announced Sunday that he expects the peak of coronavirus deaths to likely be reached in about two weeks, so social distancing guidelines are being extended until April 30. He described his earlier Easter target date as “just an aspiration.”

The State Department’s move to expand H-2A interview waivers has gone a long way to easing the industry’s concerns about having an adequate workforce this year. The concerns grew out of the State Department cuts in embassy staff as a result of the COVID-19 pandemic.

“With every adjustment and expansion of interview waivers we get closer to being OK,” said Veronica Nigh, an economist with the American Farm Bureau Federation.

Around 90% of H-2A workers came from Mexico, so the State Department’s interview waivers will smooth the way for many of them.

Keep in mind: There are other issues. About 1% of H-2A workers come from South Africa, and the U.S. consulate is shut down because of the South African government’s 21-day moratorium on movement. Another 2% of workers come from Jamaica and 1% from Guatemala. Arranging travel “has proved challenging in the short run, but that should get sorted out,” Nigh said.

More than 3B gallons of ethanol production going offline

A biofuel economist says more than 3 billion gallons of ethanol production capacity that was in operation as recently as a month ago has gone offline or will do so within the next several days.

Renewable Fuels Association Economist Scott Richman says lost production will include plants that are fully idling as well as plants that are significantly curtailing their production rates. “A reduction of this magnitude equates to nearly 90 million bushels of foregone corn usage every month it lasts,” Richman told Agri-Pulse.

Despite the turmoil in the farm economy and the U.S. economy more broadly, there’s no sign yet that the COVID-19 pandemic is having an impact on land values, says Nate Kauffman, lead economist for the Kansas City Fed.

But he says the pandemic is contributing to market volatility in markets such as cattle, similar to what’s happening in other markets due to the plunge in oil prices.

Speaking on a University of Illinois Farmdoc webinar, Kauffman said there’s no sign yet this year of a pickup in lender-encouraged farm liquidations this year. That “still has remained relatively low, particularly in comparison to what we observed in the 1980s,” he said.

The Federal Communications Commission is freeing up spectrum in nearly 30 states to improve connectivity across rural America as more people telework from home.

“Fixed wireless broadband providers deliver this service for many communities, especially those hardest for other providers to reach,” FCC Chairman Ajit Pai said.

He said giving companies access to the lower 45 megahertz of spectrum in the 5.9 gigahertz band will help them meet their customers’ needs. The FCC granted access to 33 wireless internet service providers for 60 days through a special temporary authority.

President Trump has firmly denied reports that he plans to suspend tariffs on Chinese imports, which are responsible for spurring retaliatory tariffs on U.S. agricultural imports.

Trump suggested part of the reason may be that Chinese President Xi Jinping isn’t asking the U.S. to lift the tariffs. Trump and Xi spoke for about an hour Thursday night.

“Everyone keeps saying ‘Are you going to suspend the tariffs?’” Trump said emphatically at a press conference on Friday. “Well, the answer’s no, but President Xi never even brought it up last night. It wasn’t even discussed. It’s fake news.”

However, Trump stressed that he and Xi did talk about trade and China’s purchase of U.S. farm commodities. China is extending exemptions to some of its retaliatory tariffs for some importers that are buying corn, wheat, soybeans and sorghum.

Six years ago there were 14 wheat milling operations in the Philippines. Now there are 22, and a new one is expected to open later this year. It’s the only Asian nation where people eat more bread than rice, but the country doesn’t grow wheat and demand is on the rise, according to a new analysis from USDA’s Foreign Agricultural Service.

The U.S. is the primary supplier of milling-grade wheat, and the FAS report says demand should increase by 100,000 metric tons this year as the growing Philippine middle class “continues to shift to a more wheat-based diet.” 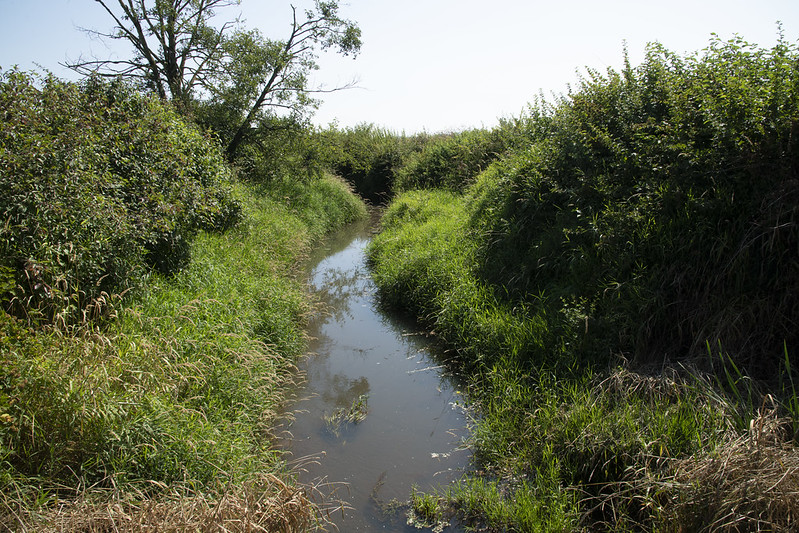 USDA’s Natural Resources Conservation Service is giving the public a month to comment on changes to 49 conservation practice standards ranging from aquaculture ponds to vegetative buffers to well decommissioning.

Conservation compliance rules, require producers cultivating highly erodible lands to farm according to an approved system or conservation plan. The requirements apply to crop insurance participation as well as commodity and conservation programs.

NRCS said it had updated the standards to incorporate new technology, enhance water conservation practices such as irrigation, and address wildlife issues.

He said it. “As we’ve seen some of the grocery store shelves being emptied, and as you have consumers worried about stocking up and making sure they have food to feed their families, it really underscores the need and importance of U.S. agriculture and the whole supply chain,” – Deputy Agriculture Secretary Steve Censky on this week’s Agri-Pulse Open Mic interview.

Listen to the whole interview here.