The California Farm Bureau is urging state and federal agencies to find common ground on water operations at a time when so much else is uncertain. The statement comes after the state issued a new permit for operating the State Water Project that puts it in direct conflict with the federal Delta operations.

“The dry winter underlines the need to restore resiliency to our state’s water system,” said Farm Bureau President Jamie Johansson. “That makes it even more important for the federal and state water projects to be on the same page.”

Johansson urged the state to work instead with the framework established by the Trump administration’s new biological opinions.

The State Water Contractors and its water agencies did not support the state's decision either. General Manager Jennifer Pierre said it will burden ratepayers and make it “substantially more difficult” to comply with groundwater sustainability law and adapt to climate change.

Senate Republican Leader Shannon Grove called it “immoral to eliminate the water which grows the food that stocks America's pantries.”

On that note: The state’s monthly survey yesterday indicated that statewide the snowpack is at 53% of average for April. 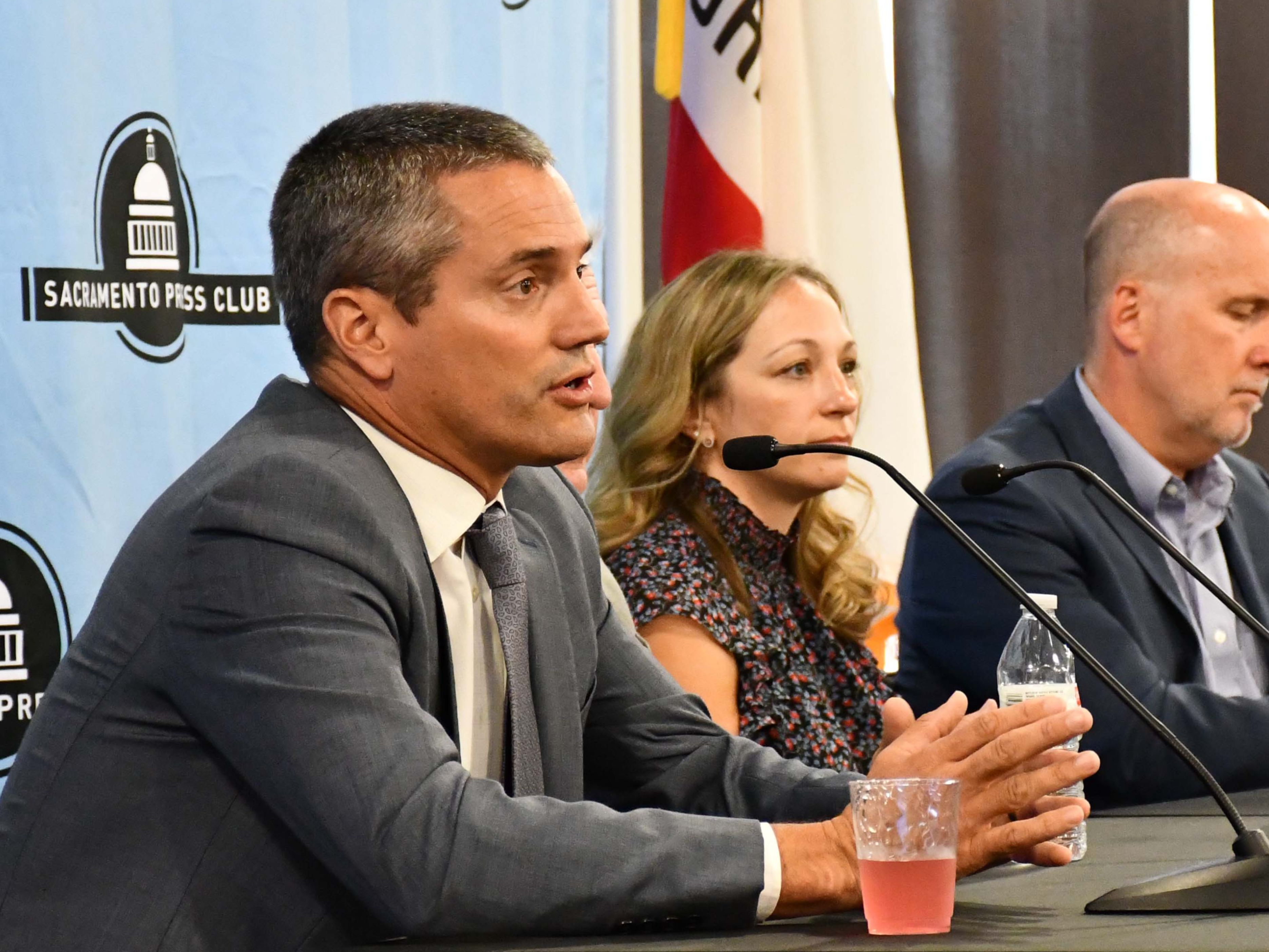 Other advice for keeping farmworkers safe and healthy during coronavirus

H-2A guest workers and others traveling to work on farms should “to the greatest extent possible practice social distancing on those buses,” said Rutgers Professor Don Schaffner, a microbiologist specializing in food safety. Schaffner spoke with the Produce Marketing Association in a webinar this week.

Along with proper hand washing and social distancing practices, Schaffer added that farmworkers should not come to work if anyone in their home is sick, since individuals without symptoms often spread the virus.

Keep in mind: Schaffner also recommended closely following the Centers for Disease Control as its guidance changes. He said the CDC may soon encourage those without symptoms to wear masks in public as well. If masks and other PPE are not already standard procedure for a food company, he said it should be.

Schaffner added that the CDC will also be coming out with new messaging on farmers’ markets. This comes on the heels of Los Angeles closing its farmers’ markets this week to prevent further spread of the disease.

On that note: Schaffner also dispelled the idea that groceries must be sanitized or left outside for three days. Similarly, he said there is no danger for countries to stop taking exports from regions with high numbers of infections, such as the U.S. 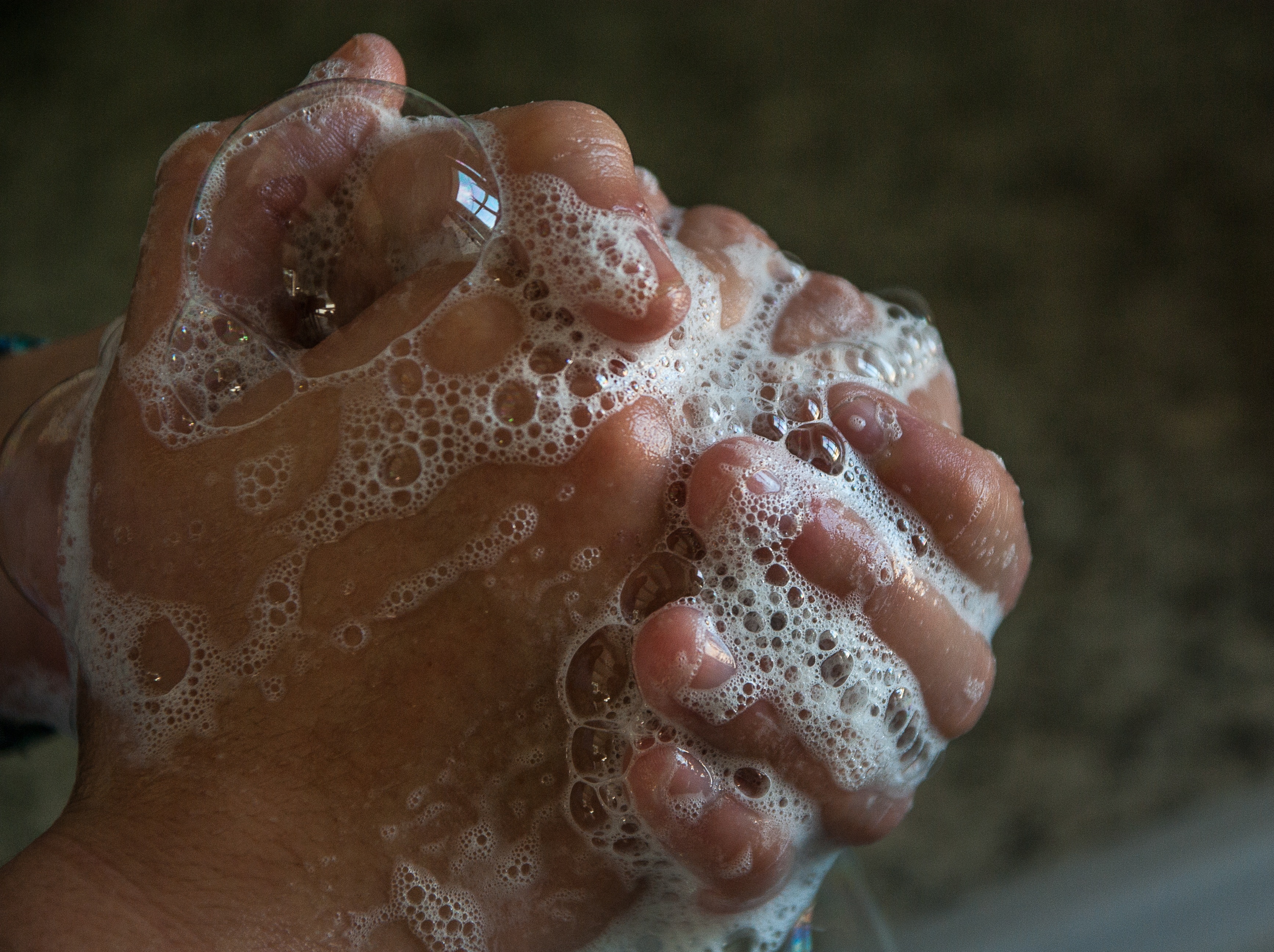 Advice continues to flow into USDA for how it should divvy up the $9.5 billion that was included in the $2 trillion stimulus bill for livestock, specialty crops and local agriculture.

A bipartisan group of senators and House members sent a letter Wednesday to USDA, urging the department to “deliver targeted, temporary equitable relief” to cattle producers.

The National Sustainable Agriculture Coalition and other groups promoting local food systems urged USDA to provide aid to that sector that “is commensurate with their expected losses of over $1 billion.”

Meanwhile: The National Milk Producers Federation is “in discussions with USDA officials and key stakeholders throughout the industry to ensure that dairy’s needs are best served by the portion of assistance it receives,” said NMPF spokesman Alan Bjerga.

Keep in mind: We reported earlier this week on a four-page list of requests from the produce industry, including compensation to growers and shippers for fruits and vegetables that couldn’t be sold.

A new Federal Communications Commission proposal would aim to distribute $9 billion to bring 5G connectivity to rural communities. FCC Chairman Ajit Pai said Wednesday the agency is going to move ahead to establish a 5G Fund for rural America.

USDA’s Animal and Plant Health Inspection Service is proposing to require animal health professionals to notify APHIS and their state agencies when they encounter animal diseases on a new list developed by the agency.

Notable in the proposal is a requirement to immediately report “notifiable diseases” to state and federal officials. Such diseases include foreign animal diseases as well as unknown or newly identified infections.

Current gaps in reporting make it difficult for the U.S. to provide required information to the World Organization for Animal Health. APHIS currently relies on voluntary reports for many endemic and emerging diseases.

Liz Wagstrom, chief veterinarian at the National Pork Producers Council, said the changes would help identify emerging and re-emerging diseases. But it will be “essential to have clarity of the reporting responsibilities of all parties and to have an understanding of any potential response to such reports,” she said.

In a bipartisan letter, more than 100 lawmakers are asking the Department of Health and Human Services to immediately provide financial relief to rural hospitals out of the Phase 3 stimulus bill.

“Right now, some rural hospitals are reporting they are running out of operating funds. This jeopardizes their ability to maintain healthcare services during the COVID-19 outbreak,” the letter reads.

Some $100 billion was allocated in the stimulus bill for health care providers, including those in rural areas.

“All of our hospital systems, whether they are the urban ones or more of our rural healthcare systems, making sure they are supported financially through this,” Sen. Joni Ernst of Iowa, a co-signer of the letter, told Agri-Pulse.

A Purdue University ag economist says low crop prices are weakening net returns for land below the 2018 and 2019 levels.

“You’re looking at a net return to land at about $130” an acre, whereas net returns were above $150 an acre for 2018 and 2019, Michael Langemeier said in a webinar Wednesday. He is the associate director of the Commercial Center for Agriculture.

Langemeier said the 2020 return is also substantially below cash rent. “Even if we return to $200 net return for land in 2021, I think that difference is big enough to cause some reduction in cash rent, maybe as large as 5% moving into 2021,” he said.

“The rollout of whole genome sequencing…has for us been nothing short of what the Hubble telescope was for astronomy.” - Eric Brown, a director in microbiology at FDA, in a webinar explaining the role of the technology in understanding outbreaks of foodborne illnesses.

With support growing for a grand bargain, Water Board member calls it quits
New delta tunnel plan revives calls of a water grab by ag