In sending their requests for federal assistance, fruit industries have been tallying up the economic impacts of the COVID-19 outbreak. Strawberry farms are at risk of losing more than $300 million this spring and 10,000 jobs, while blueberry farms could lose more than $103 million and 7,000 jobs.

About 15% of the fresh strawberry and 30% of blueberry markets and an even larger percentage of the frozen market for strawberries have been lost, according to a joint letter to the USDA.

The citrus industry calculates a $200 million hit for farmers in California, Florida and Texas. Demand for fresh lemons from California has dropped by 30% since shelter in place requirements took place for the country, according to a letter to USDA Sec. Sonny Perdue. Trade groups are encouraging direct payments as relief as well as “a more aggressive posture” when it comes to purchasing programs. 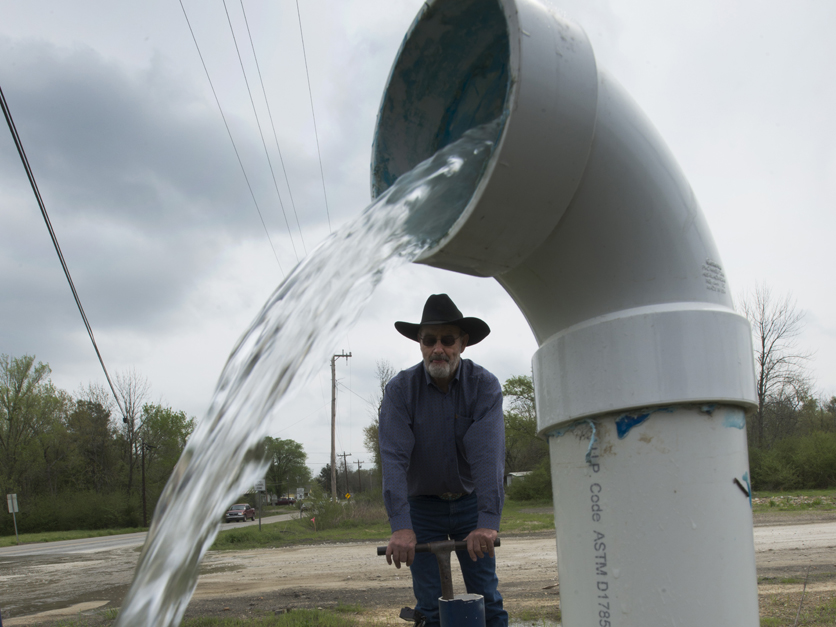 PPIC: Groundwater plans are ‘not feasible’

The Public Policy Institute of California has been examining the 36 new plans submitted in January to meet the requirements of the Sustainable Groundwater Management Act. In an analysis released last week, PPIC found the plans tend to rely too heavily on expanding water supplies, rather than reducing demand through fallowing or other means.

The plans assume new supplies will account for nearly 80% of the gap that will be created by trimming back on groundwater use. The researchers, however, say “the goals for expanding supplies are probably not realistic.” One reason is that more competition for excess floodwater in wet years will lead to less water for replenishing both surface and groundwater storage. Water trading markets, meanwhile, will shift water within a region but not increase its supplies.

The researchers recommend the plans adopt early actions to “lay the foundation for long-term success.” This could include piloting new approaches to manage demand flexibly and coordinating on smart and affordable supply investments.

Farm groups and their allies continue to appeal for COVID-19 relief, even as President Donald Trump promises that his administration will soon release a $16 billion aid package for farmers.

On Friday, senators from Arkansas and Mississippi asked Agriculture Secretary Sonny Perdue to include assistance to catfish producers. “All aspects of the domestic aquaculture industry have been severely affected by the COVID-19 pandemic,” the senators wrote.

Congress heads to another PPP showdown

Republican congressional leaders are vowing to try again to push through new funding for a highly popular forgivable loan program for small businesses, including farms. Last week, Democrats blocked a bill to provide another $250 billion for the Paycheck Protection Program, arguing that there were other needs that Congress needed to address as well.

In a joint statement over the weekend, Senate Majority Leader Mitch McConnell, R-Ky., and House Minority Leader Kevin McCarthy, R-Calif., said they would insist on a clean funding increase for PPP without other spending Democrats want. The PPP "burned through roughly half of its initial funding in just its first week” and “American workers are in crisis,” the statement said.

Analysts at Rabobank have sharply lowered their expectations for the dairy sector because of the impact of the COVID-19 crisis on the global impact. The damage to the dairy market “could have a significant negative impact on producers and accelerate dairy farm consolidation,” the analysts warn.

Prices for some dairy products will be as much as 30% lower than they were before the pandemic hit, the analysts say.

Following the initial spikes in consumer purchasing, the industry will face lower retail and foodservice sales along with a “significant slowdown in global trade that’s going to push stocks up. Longer term, “a global recession and widespread loss of income and savings, among other factors … could keep dairy product prices and farm-gate milk prices under pressure into 2021,” the analysis says.

On that note: USDA is moving to reduce the impacts of milk dumping on producers. In an announcement Friday, USDA’s Risk Management Agency said it would allow dumped milk to be counted as milk marketings for the Dairy Revenue Production (DRP) or actual marketings for the Livestock Gross Margin for Dairy (LGM-Dairy) programs.

A hearing has been scheduled for San Francisco June 2 in an appeal of the first Roundup cancer case to go to trial.

A state court jury awarded school groundskeeper Dewayne Lee Johnson $289 million in August 2018 in his case against Monsanto, finding the company had failed to warn him of the dangers of exposure to the glyphosate-based herbicide. The judge reduced that amount to $78 million.

Monsanto, bought by Bayer in 2018, contends on appeal that the Federal Insecticide, Fungicide, and Rodenticide Act pre-empts California law, meaning that EPA “would have rejected Monsanto’s request” to a state-required warning label.

Keep in mind: Bayer and attorneys for thousands of plaintiffs have reportedly been negotiating a settlement, but talks have stalled recently.

“We’re confident USDA has done everything exactly as it should be done,” National Turkey Federation President Joel Brandenberger told Agri-Pulse, referring to biosecurity and response measures being taken.

Brandenberger said after initial testing of other flocks within a 10-kilometer radius, officials said they did not find low or high pathogenic avian influenza in any nearby flocks.

“I can tell you he doesn’t lack for advice.” – Tom Vilsack, president and CEO of the U.S. Dairy Export Council and former agriculture secretary, talking about his successor, Sonny Perdue, and the COVID-19 aid package on which he’s working.

The pandemic is reshaping geopolitics, and citrus growers stand to benefit
Daybreak: State delivers millions of masks to ag community