The world textile industry is being hit hard as retail stores shutter around the world amid the COVID-19 pandemic and the pain is being felt all the way to American cotton fields. U.S. growers may plant less cotton this spring than previously expected as prices drop and foreign mills, if they're operating at all, reject shipments.

USDA left its forecast unchanged this month for cotton planting at 13.74 million acres, which would be an increase from the 13.5 million acres seeded to cotton in 2019. But Steve Verett, CEO of Plains Cotton Growers in Texas, says the 2020 estimate is unrealistic.

“I don’t know where they think that’s coming from,” Verett said. “I’m not hearing anybody saying they’re going to plant more.”

In fact, it’s just the opposite. Varett said he expects Texas farmers on the High Plains to plant only about 4 million acres of cotton this year, or about 400,000 acres less than they did last year.

Jimmy Webb, who farms 3,000 acres near Leary, Ga., is planting less cotton this spring because corn — even though prices are low for that crop, too — seems a better bet.

“I swung the pendulum high to cotton last year because at this time last year, cotton prices looked good,” says Webb, who divides his land between cotton, peanuts and corn. “I’m planting less than I did last year. I’m going to have more corn this year. When you sit down and figure the bottom line, right now it’s better with corn.”

But many farmers don’t have the options Webb has, says Yangxuan Liu, an assistant professor and agricultural economist at the University of Georgia. Corn is pretty much out of the question in the southern state on farms that aren’t irrigated, and many producers are tied to their cotton and peanuts rotation.

Most farmers, she said, are planting their fields with cotton and hoping prices will recover by harvest time in September or October, but the outlook isn’t rosy.

Even if retail outlets reopen soon and the international supply and manufacturing system comes back on line, the economy is suffering.

“In terms of how long this will last, that is really still up in the air,” Yangxuan said. “The slowdown in the economy will last for a while, so lower cotton prices could last for a very long time.”

USDA’s Foreign Agricultural Service last week put an exclamation point on just low international demand is sinking amid the COVID-19 pandemic. The agency lowered its forecast for global cotton consumption by 6.4%, or roughly 7.6 million bales. World cotton usage will drop to just 110.583 million bales for the 2019-20 marketing year that runs through July. That’s down from last month’s forecast of 118.163 million bales.

“The unprecedented reduction is driven by the rapidly developing impacts of COVID-19 on countries around the world,” USDA said the report that was released Thursday. “It represents a loss of about 3-and-a-half weeks of global spinning or about 16 percent of the expected spinning March through July based on the March USDA forecasts.”

Furthermore, FAS lowered its forecast for U.S. cotton exports to 15 million bales, a 9% drop from the March prediction of 16.5 million bales.

“The supply chain for cotton right now is at a standstill,” says Webb. “Nothing’s moving.”

Some spinners, mills and clothing factories that closed between January and mid-March are coming back on line in China, but they are doing so slowly and facilities elsewhere in Vietnam, Turkey, Indonesia and Pakistan are shutting down.

U.S. cotton exports to Vietnam this year are expected to drop by 15% to just 3.2 million bales, according to USDA’s FAS.

And many of the Asian mills that are operating aren’t accepting ingoing supplies or new orders for processed product.

“In the first two months of 2020 … textile and apparel exports both fell by about 20% from the previous year,” according to one FAS report on China.

A lot of that has to do with mills and factories being shut down to try to halt the spread of the virus, but it’s also because people just aren’t buying textiles. Consumers are loading up on toilet paper, pork chops, canned beans, and disinfectant, but they’re not lining up to buy new jeans, T-shirts, curtains or sheets and pillowcases. Grocery stores are busier than ever, but department stores are closing and laying off employees. 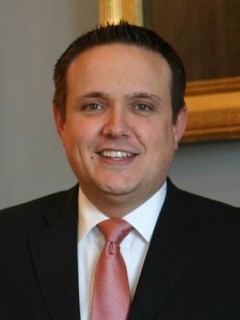 It’s a full circle that comes back to the farmer in Texas or Georgia in the form of prices so low they can’t break even.

“You start shuttering retail stores and that affects the manufacturer, which affects mills and then you start to have billions in contracts being canceled," said Bart Fischer, co-director and research assistant professor for the Agricultural & Food Policy Center at Texas A&M University. “All of that backs it way up to the farm gate and you see prices down 20% or 30%. It’s painting a pretty tough picture.”

And not just for the farmer. Cotton merchandisers are faced with buyers that are backing out of deals.

“If you had a contract with a mill somewhere in Asia, where that contract has been canceled, you’ve got that cotton on your hands to deal with,” said Fischer, who stressed that many in the sector are hoping the latest stimulus package passed by Congress will help.

USDA could include some aid for cotton in a farm relief package expected to be released any day. USDA will be tapping $6 billion that is left in its Commodity Credit Corp., account, plus the $9.5 billion that Congress included for farm-related COVID-19 impacts through the $2 trillion economic stimulus bill, known as the CARES Act. The bill provided an additional $14 billion for the CCC account that will be available in July.

“All eyes are on the response coming out of USDA in response to the CARES Act,” Fischer said.

Webb, who is planting cotton now, says he’s most worried about the long-term impacts of the pandemic on retailers.