In letters to the president and congressional leaders yesterday, 150 water and agricultural organizations from across the West pleaded for investments in water infrastructure through the economic stimulus package currently in the works.

“For farmers and ranchers to survive, and for food to continue to be produced here in the American West, a stable water supply is a necessary part of any conversation about our national food security,” the coalition argues.

The letters request funding to address aging infrastructure, add surface and groundwater storage and boost recycling and conservation efforts. Some of those projects were approved through a 2016 water infrastructure bill known as the WIIN Act, but need more funding. The groups are also asking to streamline permitting and regulatory processes. 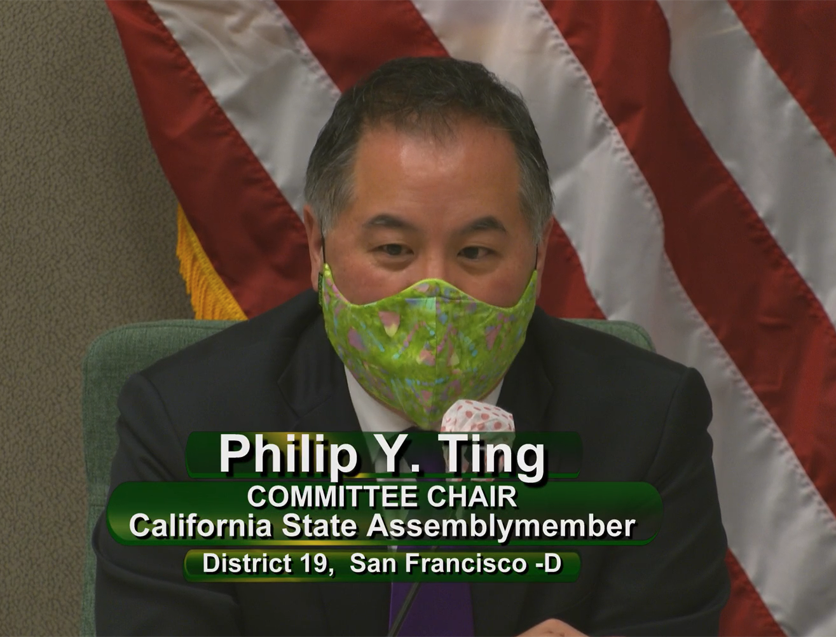 Following the Senate’s lead, the Assembly held a budget subcommittee hearing yesterday to review the administration’s response to the crisis. While much of the long hearing focused on funding the healthcare response, some members wanted more details on the economic recovery plan.

Republican Vince Fong of Bakersfield asked about providing financial assistance to the agricultural and energy industries in his region. He hoped the administration would use more emergency funding from Senate Bill 89 – beyond the current $20 million – to purchase agricultural products for food banks.

The response from the finance department was that the governor’s new 80-member task force on recovery will develop recommendations “in the next 60 days” on what the administration will do to jumpstart the recovery.

Fong also argued the administration was still taking regulatory actions that were “making it more difficult to stay in business in California.” He specifically said Newsom’s lawsuit over the federal biological opinions and the administration’s new plan for the State Water Project are risking water that could help valley farmers during the economic crisis.

On that note: Assemblymember Richard Bloom of Santa Monica pointed out that “small business is not really reflected in that task force.” The industry organizations on the list tend to be some of the state's largest. 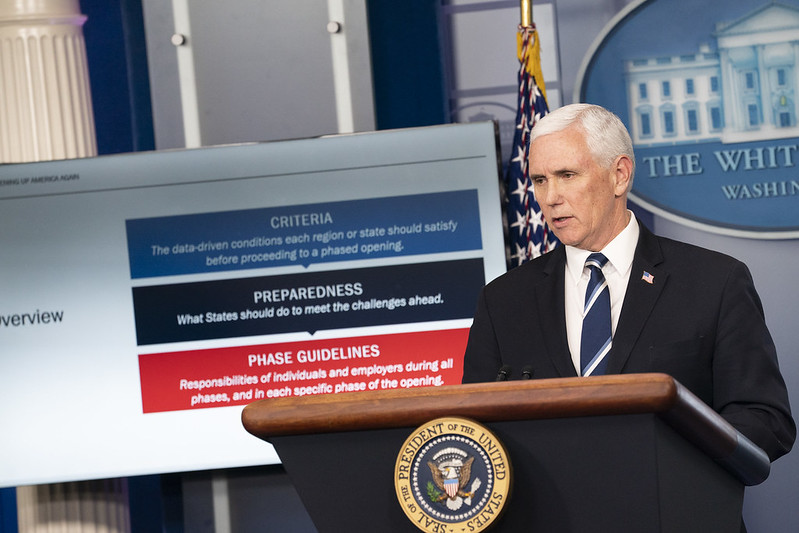 Senate Democrats are demanding answers from the Trump administration on what it is doing to control COVID-19 outbreaks that are shutting down meatpacking plants and threatening other parts of the food supply chain.

In a letter led by Sen. Debbie Stabenow, the top Democrat on the Senate Agriculture Committee, the senators seek answers to a list of questions, including what the administration is doing to address the shortage of personal protective equipment and coronavirus tests.

The letter – signed by 36 senators and addressed to Vice President Mike Pence and top cabinet members – also poses detailed questions about the administration’s plans to prevent and control the outbreaks that have forced numerous meatpacking plants to either close or reduce line speeds.

Take note: The union that represents many food industry workers, the United Food and Commercial Workers, sent a separate letter to USDA asking for the administration to prioritize food workers for testing and to ensure they have access to personal protective equipment.

“The threat these workers face during this outbreak is real and their safety concerns must be addressed immediately,” the letter says. At least six UFCW workers in meatpacking plants have died from the virus.

Congressional leaders hope to start moving legislation today to replenish the highly popular Paycheck Protection Program and to address other needs, including rural hospitals. Monday’s scheduled session in the Senate came and went without a deal, but Majority Leader Mitch McConnell scheduled another session today.

The PPP, which has provided $4.4 billion in forgivable loans to the ag sector so far, has been out of money since the original $350 billion appropriation ran out last Thursday. President Donald Trump’s top economic adviser, Larry Kudlow, told reporters Monday that the first tranche of funding “went like hotcakes. The second could go like hotcakes, too.”

The Association of Equipment Manufacturers is among the groups appealing for more money for PPP. “Too many small and mid-sized equipment manufacturers are short on both time and money,” said AEM President Dennis Slater.

As night follows day, lawsuits are certain to follow today’s official publication of a new WOTUS rule, now called the Navigable Waters Protection Rule. Environmental groups have signaled their plans to use the courts to overturn the Trump administration’s interpretation of the scope of federal protections for streams and wetlands.

The rule, signed in January by the EPA and Army Corps of Engineers, eliminates ephemeral streams from the definition of "waters of the U.S." in the Clean Water Act and reduces the coverage of jurisdictional wetlands from the Obama-era rule, which raised the hackles of the ag community.

The National Wildlife Federation “is definitely planning to sue” as part of an array of environmental groups, spokesperson Lacey McCormick said.

The Center for Biological Diversity, Center for Food Safety and a host of other groups have already sent a notice of intent to sue for violations of the Endangered Species Act and National Environmental Policy Act. The Natural Resources Defense Council also plans to fight the new rule in court. 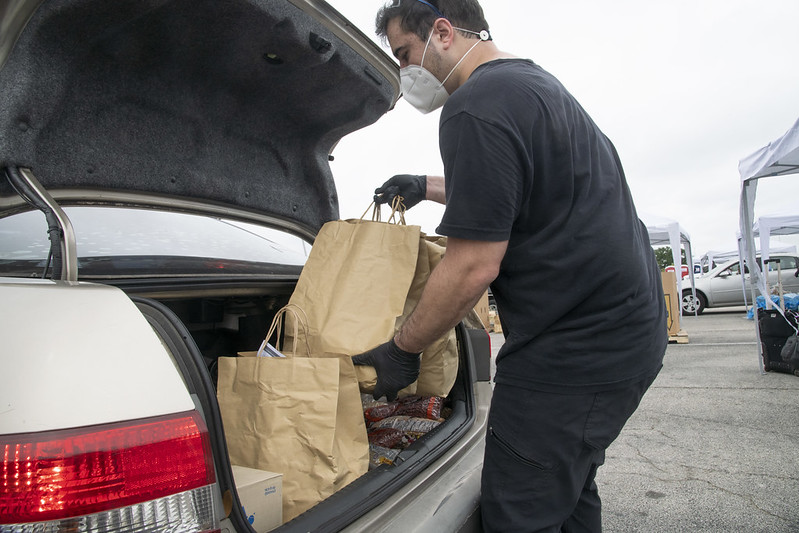 Four of every ten people seeking help from food banks are new to the experience, according to a survey conducted by Feeding America from April 13-15.

The group, which has 200 member food banks nationwide, also said 59% of food banks have less inventory than they had at the same time last year; 95% have higher operating expenses, with an average increase of 31%; and 67% need volunteer support.

On average, 20% of food banks’ partner agencies — church and school pantries as well as meal programs — “have closed or suspended operations due to the pandemic,” the group said.

USDA is offering research grants to find answers to the challenges COVID-19 poses to the food system.

The National Institute of Food and Agriculture’s research priorities include determining the susceptibility of livestock to the coronavirus and the “persistence and transmissibility” of the virus in animal wastes and biosolids used in produce production.

Other priorities: Determining survival of coronavirus on different types of foods, food products, food packaging materials, and food manufacturing surfaces; and the development of resources to educate and train farmworkers and foodservice providers in preventing the spread of the virus and on mitigating infection and transmission.

The deadline is June 4, and applicants can seek up to $1 million for a period not to exceed two years. NIFA does not have a dollar figure for the amount of grants to be awarded.

U.S. Ambassador to China Terry Branstad wants Chinese importers to know they should be buying rice from the U.S., so he and his staff put together a promotional video. If you could see it – and the folks at the USA Rice Federation say you can’t unless you’re in China – you could watch Branstad extolling the qualities of “safe, nutritious U.S. rice” and stressing the importance of strengthening U.S.-China ties.

China agreed to lift its ban on U.S. rice in 2017 and approved mills and warehouses to ship the grain, but trade hasn’t yet begun even though China needs to fill a tariff rate quota to meet promises made to the U.S. and World Trade Organization.

Private importers continue to express strong interest in buying U.S. rice, but they appear reluctant to do so until a Chinese state trading enterprise does so, says Sarah Moran, a vice president at USA Rice.

“These are all designed to get money to those industries that are hurting. But our capacity is limited without further federal assistance.” – Vivek Viswanathan, budget director for the Department of Finance, referring to the Newsom administration’s efforts to help small businesses during the budget hearing.