Vice President Mike Pence will be in Iowa today to meet with a group of food supply chain CEOs, agriculture leaders, and government officials.

The meeting this afternoon at the headquarters of the Hy-Vee supermarket chain in West Des Moines is expected to focus on possible steps to keep the food supply chain secure.

Representatives from Smithfield, Tyson, and the American Farm Bureau Federation are among others who’ve been invited to the meeting, sources tell Agri-Pulse.

By the way: Some Midwest senators are praising President Donald Trump for saying at a meeting Wednesday that he would have the Justice Department investigate the spread between livestock prices and retail meat prices. “I will ask them to take a very serious look into it, because it shouldn’t be happening that way,” Trump said.

South Dakota GOP Sen. Mike Rounds said he appreciated Trump “for continuing to stand up for our farmers and ranchers.” 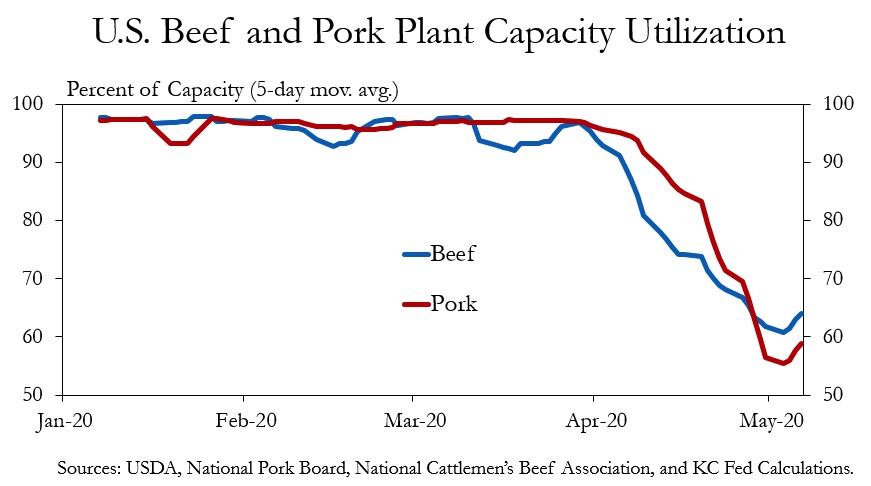 KC Fed graphic shows meatpackers running at about 60% of capacity

The Trump administration has bowed to concerns from livestock producers and fruit and vegetable growers and will modify the payment limits for the upcoming COVID-19 relief payments, Agriculture Secretary Sonny Perdue said in an interview with Brownfield Ag News.

Perdue said USDA had been trying to “mimic” the payment limits on farm bill commodity programs. But he said he agreed with farm groups that the limits were too low at $125,000 per commodity and $250,000 in total per person. “We’ve adjusted those payment limits and we’ll see those when the rules come out,” he said.

Wisconsin continues to lead the nation with 78 filings during the latest 12-month period. 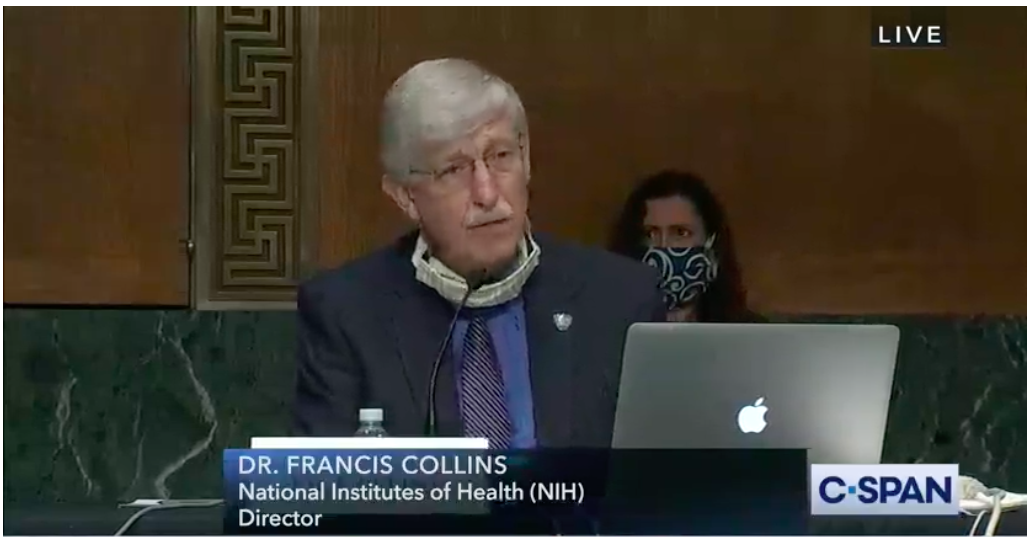 Senate Agriculture Chairman Pat Roberts says meatpackers need access to rapid COVID-19 tests for their workers so that they can get employees back in the plants. Roberts used a hearing of the Health, Education, Labor and Pensions Committee on Thursday to ask the director of the National Institutes of Health, Francis Collins, on the need for such tests. Roberts said workers are not returning to work in the “numbers we had hoped.”

Collins didn’t give a timetable but said the meatpacking situation was a good example of why the government’s fast-track testing project, known as RADx, was needed.

Having rapid tests available to companies is “the only way you're going to identify who the people are who are infected and quickly get them quarantined so they don't spread it to others,” Collins said.

Meanwhile: The United Food and Commercial Workers, which represents many packing plant employees, slammed Health and Human Services Secretary Alex Azar on Thursday for reportedly attributing the meatpacking outbreaks to the workers’ home and social situations.

"Without swift action to protect these essential workers, the Wendy's beef shortage will be just the tip of the iceberg of what America’s families will face,” a union leader said.

President Trump has made it clear that he blames China for the COVID-19 pandemic to the point where he’s considering new tariffs as punishment, and now House Republicans are jumping into the fray with a new task force to investigate China’s role.

“As we learn more about COVID-19 one thing, has become clear; China’s coverup directly led to this crisis,” House Minority Leader Kevin McCarthy, R-Calif., said Thursday. "The Communist Party of China hid the seriousness of the disease, led a propaganda campaign blaming the U.S., used their supplies to exert influence, and continue to refuse international experts to investigate what happened.”

It’s unclear if new U.S. tariffs or any other punishment would blow apart the “phase one” trade deal with China that is responsible for boosting exports of U.S. soybean, corn, wheat, beef, but the U.S. ag sector appears to be increasingly wary of upsetting the détente.

Keep in mind: China has committed to buying hundreds of thousands of tons of corn and wheat in recent weeks. USDA announced Thursday new sales of 686,000 metric tons of U.S. corn to Chinese buyers. That’s twice as much in corn purchases than China made from the U.S. in the entire 2019 calendar year, according to USDA data.

Food prices worldwide have declined for a third consecutive month because of the ripple effects of the COVID-19 crisis. The FAO Food Price Index averaged 165.5 points in April 2020, down 5.7 points, or 3.4%, from March and the lowest level since January 2019.

The biggest declines last month were in sugar, vegetable oil and dairy. 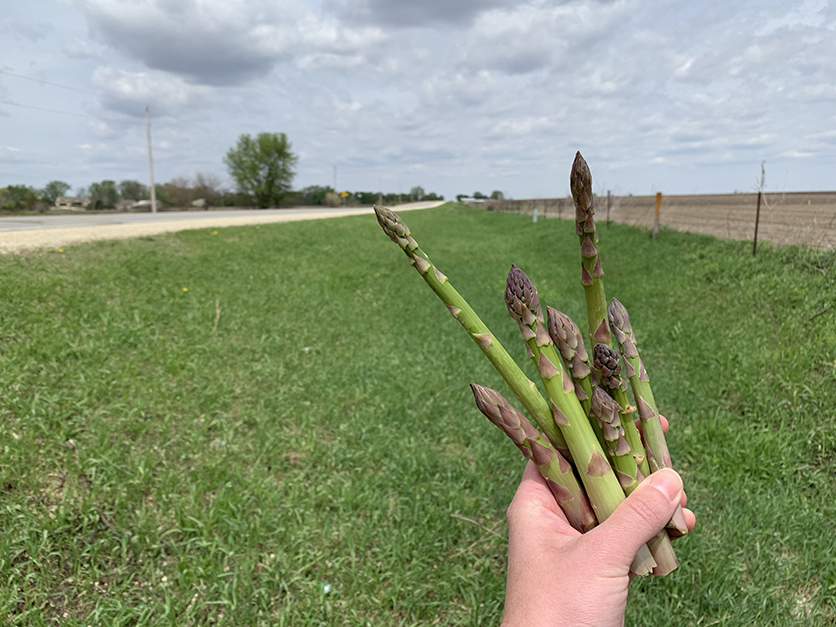 It’s ditch asparagus season in northeast Iowa, where the wild plant grows in many ditches. With residents staying home this spring, Hannah Pagel reports that more people are driving around looking for it. Although they’re county ditches, some folks get territorial and protective of their patches and won’t hesitate to let you know it.

The Small Business Administration has stopped taking applications for its highly popular Economic Injury Disaster Loan program from anyone but farms and other agricultural employers. The program offers grants of up to $10,000 as well as low-interest loans. SBA only started taking applications from farms this week.

A notice on the SBA website says, “At this time, only agricultural business applications will be accepted due to limitations in funding availability and the unprecedented submission of applications already received.”

The seed and pesticide company said increased sales were driven in part by favorable planting weather in North America and producers’ desire to get corn seed early “due to perceived supply concerns from COVID-19.”

Nutrien reported a $35 million drop in earnings, or 12 cents per share, partly due to lower prices for potash and nitrogen. The first quarter is typically a weaker earnings period for the company, but CEO Chuck Magro said Nutrien is “seeing strong spring demand for all crop inputs and services” as farmers make up for last year’s weather-related problems.

He said it. "This is the kind of situation that demands an answer now.” – Senate Ag Chairman Pat Roberts on the need for COVID-19 testing for meatpacking workers.