While many large meat processing plants slowed down or temporarily closed due to the spread of COVID-19 among their employees, many small, local meat lockers are seeing a boom in demand for custom butchering. As consumers aim to fill their freezers, some meat shops tell Agri-Pulse they are booked full for several months and a few are full until next March.

“I’m seeing my schedule book up a lot further in advance than normal,” said Jerry Leonard, owner/member of Higginsville Processing, located in Higginsville, Mo. “Since this whole thing has started, we are pushing four months in advance that I am booked.”

Nathan Genzler, owner of Tulare Country Meats based out of Tulare, S.D., is seeing the same thing. When reached by Agri-Pulse, he said his first opening to process a hog was in mid-November, and his first window for a beef cow wouldn't open until the end of December. “We usually get scheduled two to three months out but not to this extreme,” he said.

A spokesperson for the American Association of Meat Processors said members have reported exponential increases in sales, which they believe are due to demands being placed on grocery stores across the U.S., some of which are temporarily short on beef and pork. Most of their members are small retail establishments that are able to implement safety procedures, reduce the risk of exposure for employees in their businesses and remain open. These safety procedures include increased personal protective equipment for employees, curbside pick up, as well as increased cleaning and sanitizing, according to AAMP.

"We believe consumers will come out of this time period with a better appreciation for small butcher shops and their meat products," said AAMP spokesperson Diana Dietz. 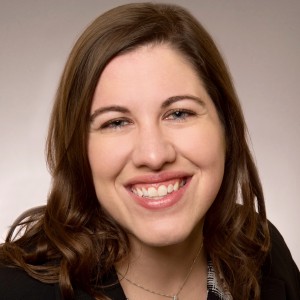 Rick Reams, who owns RJ's Meats in Hudson, Wis., and serves as the AAMP president, said COVID-19 has "made many of us look at our businesses differently" but also has presented several opportunities for smaller meat processors.

"Possibly the most important element to this is the meat we sell," he wrote in a post for AAMP members. "Shuttered plants are creating havoc for farmers with animals ready for slaughter and no place to take them. This places more pressure on smaller plants that are called upon to take more animals in. This is another opportunity for you to earn the trust of your community and local farmers. Live market prices are down. If we pay a fair price to our farmers our integrity will show."

Some of the smaller processors have already raised prices due to the lack of boxed meat that they used to be able to buy from packing plants.

“With all the plants shut down, it's making it hard for me to get product, and it's making it very expensive, which in turn is making me have to charge more,” said Genzler.

Genzler said he is having a hard time coming across meat to make hamburgers, prompting him to mark up his retail burger meat to $6/pound, double his usual price.

“There's a lot of steak material out there because all the restaurants are shut down and not serving as much, and since the processing plants are no longer in production there’s not much burger meat to buy,” he added.

Disruptions at major packing plants, coupled with the long waiting lines for custom butchering, have encouraged some farmers to look at new alternatives.

One Northeast Iowa farmer is looking into creating his own space for processing his animals. Bob Schilling of Edgewood, Iowa, told Agri-Pulse he's researching the costs of building his own cooler to process his animals on his farm.

“When I was a kid years ago, my family would get together to butcher a couple head of beef and hogs with my cousins and aunt and uncle. Either once or twice a year and that would be a part of our meat supply for the year,” said Schilling.

Schilling worked for USDA as an interim meat inspector when he was in college, filling in for full-time inspectors using vacation days or that called in sick. “I had experience with both beef and hog kills as a USDA meat inspector. So I got the background a little bit and I know how it works,” he said.

As Schilling researches different cooler options, he's focusing on building one that is 16x8 feet and will cost about $6,500 if he does most of the labor, which would include laying the concrete, building the frame and insulation, and running all of the electrical work. He is looking at buying most of the equipment secondhand, but the most important piece would be the air conditioner that would cool down his space.

“It’s not going to take much to pay it off; If you think about it, I really only need to run 9 beef cattle through there," he noted. The local meat locker near Schilling charges $725 to process a 800 lb. beef carcass and $200 for a hog.

However, custom butchering comes with its own set of safety precautions and regulations, according to the Niche Meat Processing Assistance Network. "A custom-exempt plant can only slaughter and process livestock for the exclusive use of the livestock owner(s). This product cannot be sold. Facilities are subject to periodic, risk-based inspection by USDA FSIS and/or state authorities," the network notes. However, someone who owns all or a share of an animal can pay a custom-exempt facility for slaughter and processing. Meats sold by the cut, like a package of pork chops, must use USDA-inspected or state-inspected processing services.

"We've gotten a lot of phone calls about how to start a new meat plant," said Dr. Kathryn Polking, chief of the Meat & Poultry Inspection Bureau for the Iowa Department of Agriculture. She says her bureau prefers to hear from interested individuals so staff can "discuss exactly what the individual wants to do and then walk them through each stage of what's required."

She advises those interested in starting to process their own meat to reach out to their state department of agriculture first or to USDA's Food Safety and Inspection Service for federal guidelines. In addition, there are several Iowa online reference guides available, including a "Guide to Designing a Small Red Meat Plant," Marketing Local Foods for Red Meat and Poultry," a "Beef and Pork Whole Animal Buying Guide," and the "Iowa Poultry Slaughter, Processing and Sales Guidelines for Small Scale Producers."