Recent attention to the country’s meatpacking plants has illustrated that when the four dominant companies face disruptions to processing, smaller, independent operations don’t have adequate capacity to pick up the slack.

That’s part of the reason the federal government has decided to invest in upgrades to some of those local shops. Plus, when those smaller businesses are federally inspected, producers will be able to market their own branded meat products across state lines.

Still, it will be a tall order to compete in the marketplace, which several senators allege is already not operating in a transparent and consistently fair way.

The White House has put out a comprehensive plan to improve competition in the meat sector, specifically naming as priorities increasing and diversifying processing capacity, improving farmer and rancher income, and promoting state, tribal and private investment. USDA already has awarded $32 million from its Meat and Poultry Inspection Readiness Grant (MPIRG) program, intended to help meat and poultry processing businesses expand, improve or update their abilities.

“It’s big providing the dollars. It’s not a small action, it’s a big action,” Sen. Jon Tester, D-Mont., told Agri-Pulse. “We also need to make sure that folks aren’t violating the antitrust laws that we have in this country.” Tester said industry consolidation that has led to the four large companies controlling about 85% of the beef market is devastating small farms and ranches. “I’ve got cow-calf operators that are going broke because of that consolidation.”

Tester, one of the few farmers in Congress, joined Sens. Chuck Grassley, R-Iowa, Deb Fischer, R-Neb., and Ron Wyden, D-Ore., in sponsoring the Cattle Market Transparency Act with the goal of improving price discovery and ensuring transparency so the large companies are held accountable. That could mean better prices at the farm gate and the grocery store, Tester said.

In an interview with Agri-Pulse Newsmakers, Sen. John Boozman, R-Ark., ranking member of the Senate Ag Committee, suggested the concerns of these senators don’t reflect the beef industry as a whole.

“It’s a regional problem,” Boozman said, because how cattle are bought and sold is different in Oklahoma and Texas compared to Nebraska and Iowa.

“We’re all working towards the same goal,” he added, “to make it such that producers have more money in their pockets.” But as he’s sought input from economists at land-grant universities, he’s heard concerns the proposed changes could actually make prices worse for producers.

Even if the bill becomes law, it will mostly address the pipeline for large farms and ranches, feedlots and slaughter-processing operations. Smaller livestock producers also are seeking opportunities to increase the availability of federally inspected meat for consumers.

USDA estimates there are about 850 livestock slaughter plants in the United States operating under federal inspection, and nearly 1,950 non-federally inspected slaughter plants (which are either state-inspected or custom-exempt, meaning the meat cannot be sold commercially). While the number of smaller plants is big, the amount of meat they can handle is often quite small. USDA’s MPIRG program aims to help some of these existing plants grow.

Indiana farmer Jason Mauck has stepped into that space of trying to make a smaller packing plant practical for local producers. “My big dream is to become a facilitator for brands of farms,” he said.

When he started to consider integrating livestock on his farm, he looked around and saw “zero infrastructure” for small-scale producers. Then, when the pandemic threatened to shutter a small USDA-certified processor in his area, he saw an opportunity.

“We bought the company for not too much,” Mauck said. “We got trucks, we got 12,000 square feet of cold storage.” And he and a few collaborators set about turning Munsee Meats into a niche local processor for area beef cattle.

He said it took a year to get certified so they could sell across state lines. Mauck worked with a regional wholesaler to get premium local beef into Indianapolis restaurants and visited area farmers' markets, shops and gas stations with his idea to put meat kiosks in them.

His vision is for a system big enough to be profitable but an alternative to the four major packers. Mauck said he hopes eventually this approach will make it possible to operate a successful farm on 20 or 40 acres instead of needing hundreds to participate in the existing mainstream commodity beef market. 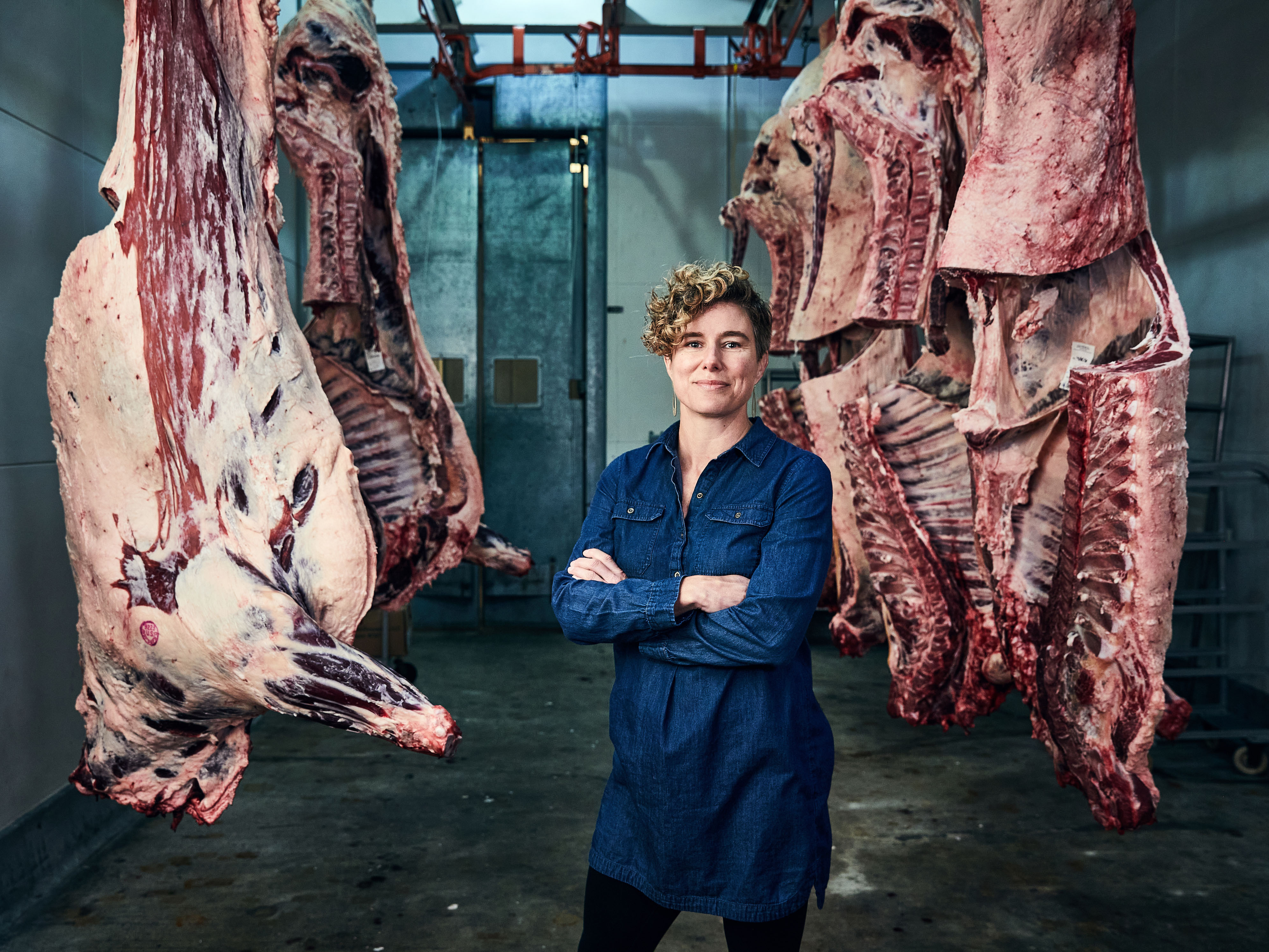 Thistlethwaite said profit margins are “tiny” for these small operators, if they can exceed break-even at all. Construction of new small plants is very limited because she said it takes about $2.25 million for a 5,000 square-foot plant that would process about 2,000 cattle a year. And that’s only if it can find and keep enough workers to maintain year-round operations.

Investors are not lining up for such risky businesses and banks are more interested in lending for projects that improve existing plants, she said, especially if they have USDA loan guarantees. Her group, which is based at Oregon State University, has a contract with USDA's Agricultural Marketing Service to provide technical assistance to people applying for grants.

They also offer a virtual course called Western Meat School that teaches farmers and ranchers how to build their brands, including everything from processing to packaging and labeling to distribution. They expected 250 people and had 650 take the course during the pandemic.

“It's smart to have kind of a multipronged approach,” she said. Enforce antitrust laws, prevent any further consolidation, “and then work to strengthen smaller, midscale processors.”

For producers who want to expand from raising cattle to operating a meat company, it’s “not an easy proposition,” she said. “But I know hundreds of farmers and ranchers who have done it.”

Noah Wicks and Spencer Chase contributed to this report.