Willie “Butch” Sensley, a contract chicken grower in northern Louisiana, normally produces about 2.5 million birds a year for Foster Farms. But this year, the coronavirus-driven disruptions at the integrator’s local processing plant has left producers such as Sensley wondering how they’ll cover their costs.

Because the plant can’t take as many birds as it usually does from contract farms, Sensley had to destroy two flocks, and he worries he won’t be able to raise enough flocks in coming months to fully cover his fixed and operating costs.

“We don’t have a chance to be able to go out and find some other company to take these birds. Either they can process it or they can’t process it,” said Sensley, who expects to have four flocks instead of the usual six flocks a year.

Other contract growers face similar problems in areas across the South and on the East Coast because of COVID-19 outbreaks that have forced some integrators to trim operations.

The disruptions in the chicken sector aren’t as widespread or deep as those in pork or beef, but about one-quarter of poultry plants have experienced noticeable disruptions due to coronavirus outbreaks, with some plants running 20% to 40% below normal, said Mark Jordan, a veteran poultry sector analyst who heads LEAP Market Analytics.

In those areas, many growers are finding integrators (packers) are delaying delivery of chicks to their farms by 35 days or more, he says, while the farmers will get to deliver “at least one, maybe two fewer flocks per year” for processing.

“If they were counting on six flocks and are going to get only four, that’s a big issue” for growers, Jordan said.

Citing the impact of the processing slowdown, the National Chicken Council appealed to Agriculture Secretary Sonny Perdue last month for assistance to producers.

“As a result of reduced workforce at processing plants, food service demand vanishing virtually overnight, historically high cold storage supply levels and a potential loss of international trade market access due to the recent detection of highly pathogenic avian influenza (HPAI), some chicken processors have begun to reduce eggs set to reflect decreased demand and to avoid any potential animal welfare concerns,” the council said in a letter. “One implication of trying to manage the supply chain in this way is the potential of delayed bird placements to family farmers that chicken processors partner with to raise chickens.”

But contract chicken growers, who don't own their own flocks, are ineligible for payments under USDA's new $16 billion Coronavirus Food Assistance Program, which is designed to compensate farmers for losses caused by the COVID-19 crisis. The way the program is designed, a farmer is only eligible for payments on animals or crops that he or she owned or sold, said Rob Johansson, USDA's chief economist.

Tom Super, a spokesman for the NCC, said the group is asking Congress to include aid to chicken producers in the next round of farm assistance.

Sensley said he took a $47,000 net loss for each flock he euthanized, even though the integrator reimburses him for the birds and does the composting as well. That’s because many of his operating and capital costs continue when the birds are killed while he makes adjustments in hired labor and other expenses.

“The farmer owns the tractors, the farmer owns the housing, the land. All of the costs that goes along with it continues to roll,” he said on a recent webinar organized by the Farm Credit Council. “I don’t know how a lot of farmers, if they are not diversified in the poultry business, are going to be able to overcome this.” 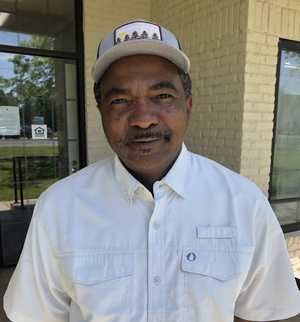 She produces organic chickens near Dover for Coleman Natural Foods. So far, she’s been fortunate: “We’ve been told we may have to keep the birds a couple of days longer” before processing, but the integrator “hasn’t yet announced a slowdown in egg sets,” and, “thus far, we haven’t seen a lot of changes in the organic side,” of chicken production in the region.

The story is different, however, from her contacts with the five big Delmarva region integrators. In general, “they are reducing the number of birds they’re placing in houses, and in some cases, depending on whom you grow for, there are longer times between flocks,” Cartanza said.

When deliveries are reduced, “some companies, even though placing fewer chickens, will still pay you as if still had the full number of chickens,” or “the integrator might pay for extra days of keeping flocks. It really is at the discretion of the integrators,” she said.

Her own integrator’s cost of depopulating one of her flocks would be about $65,000 per house, for the birds, feed, fuel and other operating costs, plus a margin for the grower and the composting cost, she said.

Fortunately, “there are lots of contingency plans in the poultry industry,” she said. Composting or rendering birds “would be the absolutely the last thing any company would want to do.”

Delmarva integrators “have all tried to do things in the pipeline to slow the birds' growth down … to buy themselves time. They can make adjustments in the rations, reduce lights in the house a little to make the birds not quite as active,” and so forth, she said.

For most grower contracts in her region, “there is a clause called disaster pay … an act of God type of thing … (and) I think the companies have tried to do their best, most honorable thing, considering what they are losing as well,” she said.

Still, a grower can lose money when he or she can’t raise enough birds. “The mortgage will come due no matter how many flocks you are growing … electric bill … insurance … any piece of equipment … associated with the farm, I’ll still have to pay for,” she said.

Jordan, the poultry analyst, said that some integrators provide “gap pay” when they deliver fewer chicks to growers in order to slow processing operations. But not all contracts have those provisions and they are sometimes weak.

“For some growers whose language in the contacts isn’t strong for some kind of backup pay during tough times, they’re definitely in more of a bind than (other) growers, Jordan said.

And the industry damage will be more severe if the processing slowdown continues into the fall, he said. If that happens, “a plant or two (will be) shuttered, and that will be disaster for many growers who (supply those plants). You lose a couple or three plants, that’s 5 to 10 percent of growers who get wiped out completely,” he said.

Fortunately, the problem of euthanizing surplus poultry has been moderate. 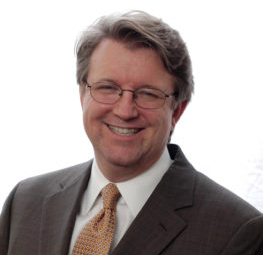 “To the best of our knowledge,” says Joel Brandenberger, president of the National Turkey Federation, “no turkey (flocks) have been depopulated because the supply chain is backing up,” and producers are trying to quickly adjust future production to avoid depopulating turkey later this year.

In the broiler industry nationally, “the depopulations … have been very sporadic” and limited so far, said Super of the National Chicken Council. In a few cases, he said, companies with just one slaughter plant, for example, have lacked options for diverting surplus broiler flocks to other sites and have had to compost them.

Integrated chicken meat operators “have 1.2 billion birds on the ground at any one time,” Super notes, so they must quickly reschedule their egg sets to the anticipated meat demand, and they “adjust pretty quickly so we don’t get to (euthanizing).”

What’s more, both chicken and turkey processing plants nationally have managed to maintain fairly steady output nationally on the one hand while not swamping the somewhat throttled marketplace or stumbling plants.

In the turkey sector, all processing plants are in operation although some are running at “less than their normal speed, so capacity is reduced by some extent,” said Brandenberger.

Exports are a crucial slice of poultry demand, and they’re performing well. Chicken producers sell at least 16% of annual output abroad; turkey operations, at least 10%. The export tonnage has increased steadily in recent years, remained steady through March of 2020, and USDA projects meat exports of both species will be up again this year.

USDA, meanwhile, is buying up some chicken and turkey to help keep the industry pipeline moving, including upcoming $50 million and $30 million purchases of turkey and chicken respectively. Chicken products also are included in USDA's new $3 billion Famers to Families Food Box program, which is distributing fresh produce, dairy products, fresh milk and pork and chicken items directly to needy Americans.

Chicken servings being provided for the Food Box program must all be cooked, which will perhaps limit his industry’s in that program, Super said.