Home » Newsom sides with anti-pesticide activists in a CalEPA directive. But what does it mean?
WEST

Newsom sides with anti-pesticide activists in a CalEPA directive. But what does it mean?

Gov. Gavin Newsom is calling for strong regulatory enforcement to “protect children from pesticide exposure” in a new directive to agencies and directors this month. Yet his letter, which carries no regulatory weight, is raising confusion among county agriculture commissioners while also giving a boost to an anti-pesticide group with ties to Newsom and his family.

“Schools are being used for all kinds of things: food pantries, emergency shelters, places where residents are gathering, for instance, homeless residents,” CalEPA Secretary Jared Blumenfeld told Agri-Pulse, explaining why the administration delivered this guidance. “We have a close and effective working relationship with the ag commissioners. They fully are on board and understood the need for this at this time.”

Yet commissioners contacted by Agri-Pulse were actually unsure why the guidance was needed and worried it dismissed the work they have already been performing. While the state pesticide regulations have remained the same, there have also been no pesticide incidents reported and commissioners have continued enforcement, even as it puts them at further risk of exposure to COVID-19.

“That (guidance) is telling my board I wasn't doing my job,” said Riverside County Agricultural Commissioner Ruben Arroyo. “And that's the farthest from the truth.”

Several questions are emerging about the new guidance and how it came about.

A letter to Newsom was sent on April 22 by nine residents of the Ventura County city of Ojai who are part of an activist movement called Regenerate Ojai. They asked the governor to expand the state’s current restrictions on pesticide applications near schools. An additional 3,500 signatures were collected by a national organization, the Environmental Working Group, which also advocated on behalf of this issue.

Since 2017, the state has been prohibiting applications within a quarter mile of schools when children are present, requiring annual notifications of the applications to schools, as well.

As a result of the COVID-19 pandemic, children are now home during the emergency lockdown and the Ojai group wanted the regulation to now apply to all homes where children may be present, because “every home is a schoolhouse right now.” They also requested homes be notified three days ahead of every pesticide application.In a move with potential legal ramifications, the group has also been encouraging its members to register with the state as beekeepers in order to receive notifications of pesticide applications in their area. The group is also encouraging members to take photos and video of any spraying they see.

"Please use caution as these are toxic chemicals and you do not want to get close to them. Take a screenshot of your phone’s weather app at that time to get the wind speed and direction, and then notify us," the group noted on their site. There is no mention of the pesticides being regulated and safe as properly applied.

Regenerate Ojai has ties to the wealthy Getty family. An heiress to the Getty oil fortune, Anna Getty is listed on the letter as a concerned parent and “childhood health advocate who works on multiple environmental community issues.” She also describes herself as an “activist, philanthropist, investor and healthy lifestyle spokesperson.”

Getty is the adopted daughter of John Paul Getty III, made famous by his kidnapping in 1973. His grandfather, J.Paul Getty, was considered the richest man in the world during much of his career in the oil business. Newsom’s father, who was close to the Getty family, delivered the ransom money. Another family member, Gordon Getty, later seeded the money for Gavin Newsom’s first business. Newsom himself was “informally adopted by the Gettys,” according to Dan Walters at CalMatters. 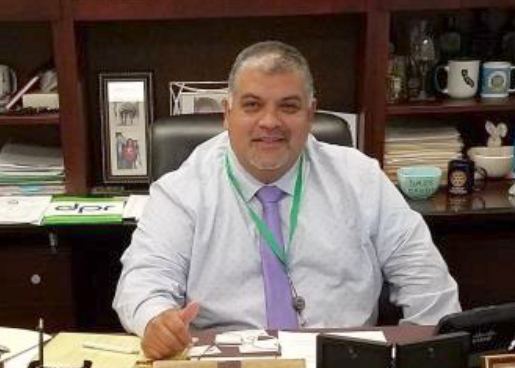 As Newsom’s political career advanced, his Plumpjack chain of restaurants and wine shops grew into a corporation. It now brands its three wineries around sustainable farming and organic agriculture. One winery is certified organic while publicly available pesticide use reports show its flagship winery is not using conventional pesticide products.

Organic interests are the first to be represented in the letter to Newsom. Patty Pagaling leads the advocacy group Transition to Organics, which is tied to the Regenerate Ojai movement. A couple who owns a local organic winery is also part of the group.

The activists fear the valley acts as a bowl, trapping dangerous pesticides that can be blown towards homes – a claim the county agriculture commissioner’s office has not experienced in its investigations.

Notably, Newsom’s directive does not call for the school pesticide regulations to be applied to homes. It instead stresses agriculture commissioners must continue enforcing existing regulations and to work with communities.

Commissioner Arroyo explained that “literally nothing has changed” as a result of the letter and it would take the Legislature and a legal process to change those laws.

Yet advocacy groups interpreted the guidance as a victory. In a news release by the Environmental Working Group, which supported the letter to Newsom, “Jurassic Park” actress Laura Dern – as well as her mother – spoke in support of Newsom’s action.

“His policy pledges would reduce the use of harmful chemicals in agriculture, and charts a hopeful, sustainable future that balances the needs of California’s farms with the health concerns of millions of people in nearby communities,” said Dern.

The Environmental Working Group also recognizes Newsom issued his directive exactly one year after he levied a ban on the insecticide chlorpyrifos.

The agriculture community, however, saw this as a reprimand.

“We're already enforcing the school regulations according to the law, and we're spending an extraordinary amount of time in the Ojai area,” said Ventura County Agriculture Commissioner Ed Williams. 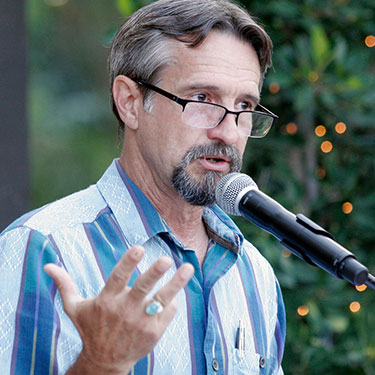 After receiving several inquiries about how the code would apply to homeschooling, Williams checked with DPR in April to ensure he is accurately reading the requirements of the Health Schools Act and that it only applies to K-12 public schools and daycare centers.

Concern from residents coalesced to the point that pest control advisors have asked Williams’ staff to accompany them during applications in the Ojai Valley. Williams noticed a number of residents there have joined the regenerative ag movement, calling for farmers to transition away from conventional pesticides, though the calls are a bit late for the valley.

“We already have more organic producers in that area than most of the other areas of the county,” said Williams.

One specific “bone of contention” here is the use of pesticides to combat the invasion of Asian citrus psyllid, he added. The insect and its accompanying disease have been threatening the citrus industry across this region of Southern California.

When it comes to enforcement, Williams maintains his office is doing everything it can to ensure growers are meeting the law.

“If we find an egregious situation, we will respond appropriately to that situation,” he said. “Up to this point in that area, we have not had a drift incident (during the pandemic).”

“Ultimately, their objective is to prohibit the use of pesticides in the valley,” he said. “This time, they’re trying to use as leverage the pandemic to force the state to take action.”

Krist pointed out that DPR Director Val Dolcini had visited the region earlier in the year and met with Williams, Krist and others on the agriculture side. He also met with the activist community, who requested Dolcini add special requirements for buffer zones and notifications just in the Ojai Valley specifically. Dolcini mentioned this when discussing the new DPR recommendations with Agri-Pulse. 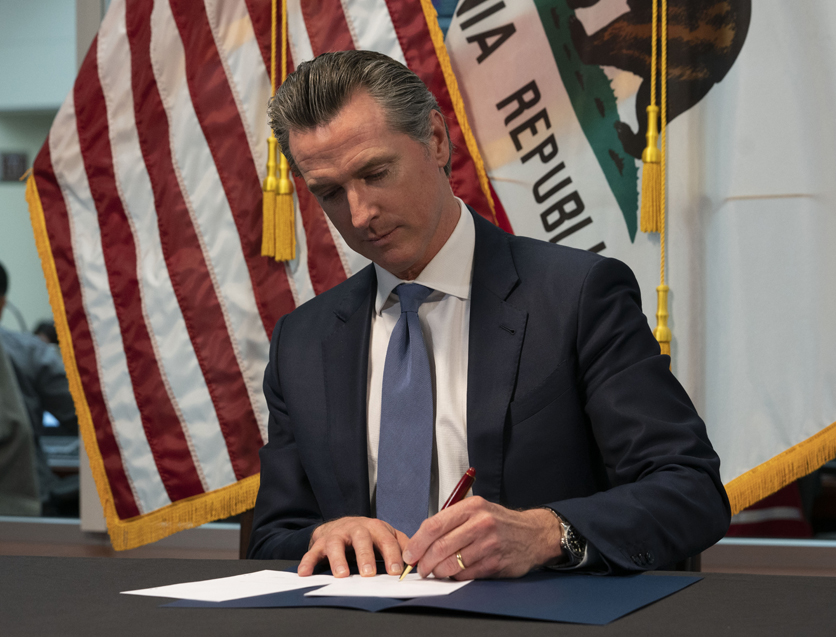 “Part of this guidance really encourages ag commissioners to have the kinds of community dialogue that I've seen in my relatively short time at DPR and that I've been a part of,” he said.

Krist said the conversations the ag community has had with the group, however, have continually led to dead ends, since the activists see only one solution: an end to the use of all chemical pesticides in the Ojai Valley.

“We've had incidents where applicators had to stop orchard sprays because trespassers in the orchard showed up to disrupt it and document it,” he said. “It's just a matter of time until one of these folks actually puts themselves in danger by trespassing and getting inadvertently sprayed due to their own behavior.”

Krist also noted that two of the activists leading the Ojai movement are Josh and Rebecca Tickell. The documentary filmmakers are known in the community to have ties to First Partner Jennifer Siebel Newsom, who is herself a documentary filmmaker, with a successful acting career as well.

The Tickells moderated a town hall event on the topic of pesticides in September 2019. State Sen. Hannah-Beth Jackson, D-Santa Barbara, spoke at the event, along with a local UC Cooperative Extension Director Annemiek Schilder and farmers advocating for regenerative agriculture.

As Newsom steps into the debate as well, his message is a missed opportunity for educating the public on what agriculture commissioners do on a daily basis and that they are still at work during the crisis, said Arroyo. He noted the state has 450 inspectors in the field every day specifically for tracking pesticide applications, while thousands more inspect other parts of the food supply chain.

“COVID hits and we're still doing the same thing,” he said. “Whether or not people are at home because of COVID doesn't change any of the laws pertaining to the regulations for schools or even regulations to protect homeowners.”

He said the state – and not agriculture commissioners – has the authority to change those laws. Usually it is a collaborative process, with commissioners working closely with DPR on implementing policies and on educating the public about the laws.

“I don't understand why and how that relationship that we have with our state partners wasn't conveyed in the letter,” he said. “It's just disheartening to hear.”