As E15 heads into its second summer driving season with unbridled sales from June through September, the amount of fueling stations stocking the fuel has been growing incrementally nationwide, with sharper expansion of retailers in higher ethanol-producing states.

As of March, 2,183 retail stores were selling E15, a fuel blend containing 15% ethanol and 85% gasoline that burns cleaner than regular gasoline. That's an increase of about 18% from 1,784 stores at the same time last year, according to ethanol advocacy group Growth Energy.

“As we anticipated, sales of E15 actually increased through the summer months into winter on a per-store basis,” Mike O’Brien, vice president of market development at Growth Energy, told Agri-Pulse. “It was somewhere in the neighborhood of 6% a month.”

Prior to President Donald Trump waiving the regulatory barrier to summertime sales about a year ago, fuel retailers were only able to sell E15 blended gasoline from Sept. 15 through June 1 because of emissions regulations.

Some 30 states currently offer E15, or what is now being referred to as “Unleaded 88,” and Scott Richman, chief economist with the Renewable Fuels Association, said the industry is pleased with the progress E15 has made since being able to be sold year-round.

He said sales data from the state of Minnesota and Iowa is proof lifting the restriction helped increase sales.

In 2019, Minnesota retail stations sold 78.5 million gallons of E15 compared to 59.4 million gallons the year before. The state ranks fourth in ethanol production, behind Illinois, Nebraska and Iowa, according to the Energy Information Administration.

“That’s a nearly 50% increase, so it had the intended effect,” he said.

In 2019, retailers in Iowa, the nation’s largest ethanol-producing state, sold 49 million gallons of E15 gasoline, according to the Iowa Department of Revenue.

One of the big players in helping increase retail locations has been Casey’s General Stores, said Monte Shaw, executive director of the Iowa Renewable Fuels Association.

The store did not offer the product three years ago, but began doing so after evaluating the marketplace. 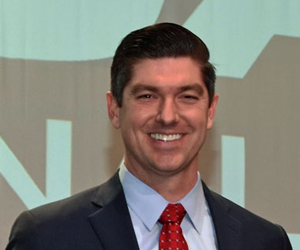 "After receiving positive feedback from our guests, we quickly expanded to 251 stores in 13 states that offer E15/Unleaded 88," Nathaniel Doddridge, vice president of fuel at Casey’s General Stores, told Agri-Pulse. "We got there through a mixture of new builds and retrofitting existing locations."

Doddridge said the company will continue selling "Unleaded 88" and said internal data proves customers want the product — including in Oklahoma.

"Oklahoma is an oil-friendly state and many of our guests want a fuel without ethanol in it — which we offer them — but there’s another large subset of customers who just want cheap, quality fuel," Doddridge said. He noted the state is now among their top E15 states in terms of sales per store.

“BP has let a station sell it in Iowa. We are hoping they expand that out and Shell said they allow that as well,” he said.

Getting retailers to put in fuel pumps at retail sites has been one the bigger challenges for the industry because it is costly to put in blender pumps. Shaw said installing an E15 blender pump can range anywhere from $20,000-$25,000 per pump with a newer one costing closer to $30,000 but noted the price varies. That’s an investment few wanted to make during a period where oil prices plummeted and millions of drivers stayed home during the pandemic.

“We are seeing the E15 pumps are showing up at our newer or revamped facilities so they could put in a dedicated pump for E15,” Chad Hart, Iowa State University Extension Economist, told Agri-Pulse.

“Cost does matter, and that is why you have seen funding put forward to provide blender pump grants,” Hart said.

The program would provide up to $100 million in competitive grants to retailers who “expand the sale and availability” of ethanol and biodiesel fuels.

Hart also noted the 40% jump in E15 usage in Iowa over the past year proves consumer skepticism of the product is lower than initially was worried.

“New York is a big market for selling gasoline, so just to be able to sell the product in the state is huge,” Growth Energy’s O’Brien said. He said they have had meetings with retailers there but noted no one is putting pumps in just yet.

Other states such as California have continued to ban E15 gasoline sales, but advocates have been working to get into the coveted fuel market there. In 2015, 15.1 billion gallons of gasoline were sold in the Golden State, according to the State Board of Equalization.

The California Reformulated Gasoline Program, implemented by the California Air Resources Board, enforces Reid Vapor Pressure (the volatility of gasoline and other petroleum products) standards more stringently than the federal government.

Richman said the industry continues to work on getting E15 into the state, but regulators require certain automotive studies be conducted first.

“We’re pretty confident the emissions will prove to be acceptable, it's just that we have to go ahead and check the boxes for the state of California, so it could be a couple of more years before you see it introduced there,” Richman said.

He noted the exact amount of E15 used will depend on gas consumption, which has been falling during the pandemic. For 2021, the EIA is forecasting gasoline demand next year to be 135.6 billion gallons, which is 5% lower than in 2019 (142.3 billion gallons).

In 2019 ethanol consumption represented approximately 10.2% of the volume (vol%) of finished gasoline consumption, with the excess beyond 10 vol% representing E15/E85 sales, Brown stated. The predicted decline in gasoline demand in 2021 would, assuming an average ethanol blend of 10.2 vol%, cause ethanol demand to shrink by 680 million gallons over the same period.

“Offsetting this amount would require 4.6 billion gallons of E15 to account for the 0.68-billion-gallon difference,” Brown noted.

RFA says that approximately 500 million gallons of E15 were sold nationwide in 2019, but Brown argued E15 consumption would need to increase by “10 times” next year just to offset the impact of lower gasoline demand in 2021.

“It is going to be some time before this starts to meaningfully create some slack for ethanol blending purposes,” Brown said.