This story is the second installment in a series that will run in Agri-Pulse this month exploring how various facets of the food and agriculture industries adjusted to the COVID-19 pandemic. The series has also explored the impact of the virus on rural broadband and the nation's ag workers.

In mid-March 2020, when restaurants and food service mostly shut down due to COVID-19, the livestock and dairy industries experienced unparalleled disruption.

Half the industry’s customers saw sales spike as consumers overwhelmed grocery stores, at times emptying out entire meat and dairy cases, while the remaining customer base ceased orders completely.

Hog producers suffered some of the most difficult decisions because hogs had to be slaughtered, or worse yet, euthanized. Early in the 2020 lockdown, year-over-year hog slaughter spiked 10% due to strong demand for pork, both domestically and abroad. Futures prices were also down, and with cash prices steady, basis levels encouraged producers to market hogs, according to Lee Schulz, agricultural economist at Iowa State University. But then things changed.

“By the first week of May, hog slaughter was down 35%, and that created a major backlog that persisted through summer,” Schulz said. “The week ending May 2, 850,000 fewer hogs were slaughtered compared to the same week in 2019.”

As workers fell ill with the virus or stayed away from work out of fear of contracting it, slaughter plants shut down or reduced capacity, and producers cut rations to slow hog growth. Despite these efforts, some hogs had to be euthanized. Fourteen-day shutdowns mandated by local authorities in plants where one or more workers tested positive for COVID-19 added to the backlog, said Julie Anna Potts, president and CEO of the North American Meat Institute.

“At the height of the slowdowns and shutdowns, plants were operating at 50-60% capacity for pork and beef,” Potts said. Early in the pandemic, no overall plan existed for when a plant had to cease operating or what it had to do to reopen, she added, and that created uncertainty and inconsistency across the country. 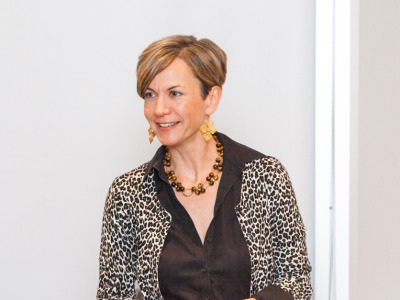 In early April, the industry implemented employee temperature checks and screening and distributed guidance on personal protective equipment (PPE). On April 8, 2020, CDC issued guidance for critical infrastructure workers that stated they could continue working following potential exposure to COVID-19, as long as they remained asymptomatic and additional precautions were implemented.

On April 28, President Donald Trump issued an Executive Order widely interpreted — some said wrongly interpreted — as compelling meat plants to remain open to head off shortages in the food supply chain. As of Monday, more than 570 plants have reported outbreaks, more than 57,000 meat plant workers have contracted COVID-19, and more than 280 have died, according to an analysis by the Food and Environment Reporting Network.

As processors continued to grapple with early outbreaks, consumers stocked up on proteins, creating an unprecedented shift in packaging. “Restaurant-sized packages of red meat couldn’t just be plopped into a grocery store. It took time to make the switch,” Potts said.

To hasten the process of getting meat to consumers, companies began operating their plants on Saturdays. According to Potts, red meat production for 2020 climbed 1% above 2019 levels.

Sales of meat skyrocketed in 2020 despite a hobbled food service sector. Volume sales were higher in every quarter of 2020, ranging from a gain of 16.3% in the second quarter to an increase of 7.3% in the third quarter, according to data from 210 Analytics.

Processing adjustments paid off. By early June, hog slaughter was back to previous-year levels, and packing plants were basically operating near capacity, Schulz said. By early September, he said there was evidence the national backlog was exhausted, and third- and fourth-quarter 2020 slaughter levels were normal compared with 2019.

Dairy producers and processors also had to make tough choices. There were reports of empty dairy cases in grocery stores as customers filled their carts with milk, but as restaurants and other food service outlets shut down, milk backed up, and producers had no choice but to dump it, said Scott Brown, economist at the Food and Agricultural Policy Research Institute and director of strategic partnerships for the University of Missouri’s College of Agriculture, Food, and Natural Resources.

“There was a short-run backup at cheese and butter plants,” Brown said. “As sales fell due to food service closures, plants were saying we don’t need milk and we can’t push more product out. Their sellers were shut down.”

Dairy producers, who couldn’t cull their herds due to backups at packing plants, continued to dump milk from very late March through April. By May, most of the dumping had subsided. In the end, Brown said less than 1% of all milk pooled in federal orders would have been dumped during the worst of it. For example, California producers dumped 16 million pounds out of a total of 2 billion pounds. While that’s a lot of milk, it could have been worse.

“A lot of co-ops implemented base plans that sent pretty strong messages to producers to reduce production,” Brown said. “We are learning that producers can’t produce whatever they want at any given time and expect co-ops to buy all of their milk.”

Like meat companies, dairy processors also proved resilient. Prior to COVID, most plants were making products to conform with their end points. To keep product moving, processors had to get creative. For example, plants making 40-pound blocks of cheese sent them to cut and wrap operations to shift what would have been bound for food service to retail.

Dairy demand remained robust. Sales of cheese-laden pizzas, both take-out and frozen, spiked as did sales of other products. USDA’s Farmers to Families Food Box Program included dairy products; that not only kept milk and cheese prices supported through 2020, it also was partly responsible for last spring’s soaring cheese prices. For example, after plunging to a low of $1.10 per pound in April, CME block cheese prices hit a new record-high in June of $2.56. At the same time, the cost to process product also increased.

“As you become more flexible, you add costs to get product to consumers,” Brown said. "Today there are more costs from farm to retail. That’s what COVID-19 has done to us. As we come out of the pandemic, 2021 dairy markets look tough for producers. We have large milk supplies.”

In the meat industry, packing plants still face challenges, Schulz said. Prior to COVID, the labor supply was tight, and the pandemic made it worse. In addition, slaughtering cattle and hogs has become more expensive because plants pay overtime on weekends.

Surprisingly, though, after all of the dramatic changes that the livestock and dairy industries endured in 2020, the future could look more like 2019 than 2020.

“It is hard to figure out how to make changes to prepare for the types of events that unfolded in 2020. If we were to lock down again in 2021, the lockdown would look very different than the one in 2020,” Brown said. For instance, he said restaurants would likely remain open, and consumers would not load up on food to the degree they did last spring.

Despite calls for more decentralized processing plants, Schulz, Brown, and Tonsor agree that large processing plants are needed to produce the volume of product required to fulfill demand. The economies of scale these plants afford represent decades of industry evolvement.

However, public investment and regulation could play a role in whether more small plants are built. Government cost-shares or similar subsidies that effectively reduce the private cost of building new facilities could spur that investment, Tonsor added.

“It is not sufficient to have more slaughter capacity — one also needs corresponding cold chain infrastructure to properly manage and market resulting meat products,” Tonsor said. “Similarly, by the definition of economies of scale, many existing larger facilities operate at a lower labor cost per animal or pound.”

Going to a more decentralized system of smaller plants and more cold storage facilities suggests costs would increase due to more labor needed per pound of product produced, and it would likely require large investments in automation. Having excess capacity in cold storage or processing is costly because of the large capital investment required, Schulz said.

Brown believes when COVID is controlled or eliminated, and assuming no other 100-year events lie on the horizon, the dairy and livestock industries will return to their former efficiency models and relinquish some of their newly gained flexibility. But like the others, he too believes plants will continue to invest in automation, just not necessarily as a result of COVID but rather because of the ongoing tight labor supply.

“I do think some of the PPE, distancing, staff rotations, etc. adjustments that have been made will persist in many facilities,” Tonsor said. “To the extent these result in less throughput and higher operating costs in any facility, the cost per animal harvested and pound produced will increase. Ultimately, this cost wedge will result in putting downward pressure on live animal prices and upward pressure on meat prices.”

In the shorter term, the transition back to food service should be nearly flawless, sources said. The shift will be gradual, and processors are more nimble now than they were before the pandemic.

“The timing is interesting,” Brown said. “In 2022, the farm bill debate will begin. How do we define an adequate safety net? Defining a safety net for a future COVID-like event would cost billions.”