The desert locust, generally considered one of the most devastating agricultural pests in the world, has been hitting farmers hard in the Horn of Africa and the Arabian Peninsula for six months, devouring crops and pasture. Now flooding and the spread of the deadly COVID-19 virus are taking the situation from bad to worse as swarms of the voracious flying insect rob food from some of the neediest people on the planet.

Just one desert locust can eat its own weight in food per day, according to the United Nations Food and Agriculture Organization. That’s still a relatively small amount – about two grams – but the average swarm size of roughly 40 million can consume as much food as 35,000 people in just a day.

There are already 22.5 million people in East Africa without an adequate food supply, according to the UN, and the situation could get much worse, say officials with the World Resources Institute (WRI), a non-profit group.

The critters come in overlapping waves, laying eggs, dying off and making way for new swarms that leave destruction of crops and pastureland in their wake, says Derek Woller, an entomologist with USDA’s Animal and Plant Health Inspection Service.

There’s virtually no threat to the U.S. from the desert locust, although Western ranchers do have to deal with swarms of grasshoppers that chew up large swaths of pastureland, leaving the fields looking like they’ve been scorched by fire.

The waves of swarms are in different stages, according to the most recent FAO report. Mature swarms of the pests are still thriving in parts of Kenya, South Sudan and Somalia, while the breeding process is in full swing in Ethiopia. Masses of eggs are hatching in Somalia, and large-scale breeding is taking place in Sudan.

Damage to crops and livestock from the locusts alone could amount to $8.5 billion this year in East Africa and the Arabian Peninsula unless immediate – and expensive – action is taken.

Yemen is also of particular concern, WRI officials tell Agri-Pulse. Hunger was already an issue in the war-torn country, and the locust infestation is exacerbating the nation’s pain.

Waves of the locust have already shredded crops, and now the bugs are breeding, according to the FAO. New swarms are expected to emerge in June.

Aid for East Africa is pouring in from non-profit groups and institutions like the World Bank, but an area of the world that is already suffering from hunger and malnutrition is getting slammed by what the Red Cross is calling a triple threat.

Ethiopia, Kenya, Somalia, Djibouti, South Sudan, Tanzania, Rwanda and Uganda are some of the countries being hit hardest. The FAO tracks the pests on its “Locus Watch” web site.

“The ongoing flooding crisis is exacerbating other threats caused by COVID-19 and the invasion of locusts,” said Simon Missiri, a regional director for the International Federation of Red Cross and Red Crescent Societies. “Travel and movement restrictions meant to slow down the spread of COVID-19 are hampering efforts to combat swarms of locusts that are ravaging crops. Flooding is also a ‘threat amplifier’ with regards to the spread of COVID-19 as it makes it hard to implement preventive measures.” 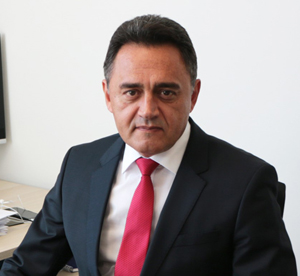 The flooding in East Africa is not out of the ordinary, but the locust swarms are extraordinarily damaging, and the COVID-19 pandemic is a unique occurrence that has the entire world scrambling.

And it’s why the World Bank has approved a $500 million program to help.

“Locust swarms present a double crisis for countries that are also battling the COVID-19 pandemic,” said World Bank Group President David Malpass. “Together, this food supply emergency combined with the pandemic and economic shutdown in advanced economies places some of the world’s poorest and most vulnerable people at even greater risk.”

The first phase of the funding – $160 million – will be distributed to Djibouti, Ethiopia, Kenya, and Uganda. Much of the funding will go to save farms that were ravaged, providing new seeds and financing “investments to strengthen surveillance and early warning systems so that countries are better prepared to combat future outbreaks.”

But the only real solution to stopping the immediate threat and preventing it from reoccurring is to spray a lot of pesticides, says Andrew Ward, stewardship director for CropLife International.

Even the most ardent groups opposed to pesticides have not been able to propose viable alternatives when it comes to combating the desert locust, said Ward, who noted that countries like India, Pakistan and Iran are preparing for the threat of the migrating locusts.

Pesticides are available to countries throughout East Africa, especially with aid dollars being brought in, but there are obstacles, and the COVID-19 pandemic is complicating matters.

“Ethically, we can’t just sit and wait for this to burn out. We need to do something about it. There is the technology there, but you need enough aircraft for spraying and enough product to spray,” Ward said. “I’m hoping that a combination of coordinated and well-planned efforts will bring the locust population down, but at the moment it’s a real issue of concern.”

FAO has developed a new tool that allows field teams across the world to map the movements of locusts across countries and notify them so they can potentially bring a swarm under control before it does severe damage. The agency’s eLocust3 is a handheld tablet and custom app that records and transmits data in real time via satellite to the national locust centers and to the Desert Locust Information Service (DLIS), based in the FAO headquarters in Rome. In addition, FAO is working on utilizing drone technology with the existing eLocust3 kits to give field teams the chance to survey more effectively and cover wider areas. Control drones can also spray pesticides.

Michel Lecoq, an independent consultant and orthopterist, is not optimistic. The “invasions will continue to follow one another in the future,” he writes in the latest edition of the Metaleptia newsletter, a journal dedicated to the study of locusts, grasshoppers and other similar bugs.

Orthopterology is the scientific study of the order Orthoptera, which includes grasshoppers, crickets, locusts and other insects.