The Newsom administration has withdrawn a proposal for nearly $2 million and five staff positions for its pesticide air monitoring network. The program tracks pesticide particulates in eight agricultural communities.

The item came up in a Senate budget hearing on Sunday. (Under a time crunch, lawmakers dove into hearings on Saturday and Monday as well.)

“I was sorry to see the proposed cut,” lamented Sen. Bill Monning, who represents parts of the Central Coast. He called the program critical for public health, “particularly of rural residents in farmworker families.”

Other cuts: DPR is also pulling more than $3 million from its cannabis program. This includes $1 million to help ag commissioners with enforcement as well as a contract with CDFA to test residues on cannabis grows.

Saved for now: The department is maintaining $215,000 for its Integrated Pest Management Work Group, which plans to recommend alternatives to chlorpyrifos and potentially other restricted pesticides.

Read about the impacts of state funding cuts on fairs and groundwater plans in the Agri-Pulse West Newsletter later this morning. 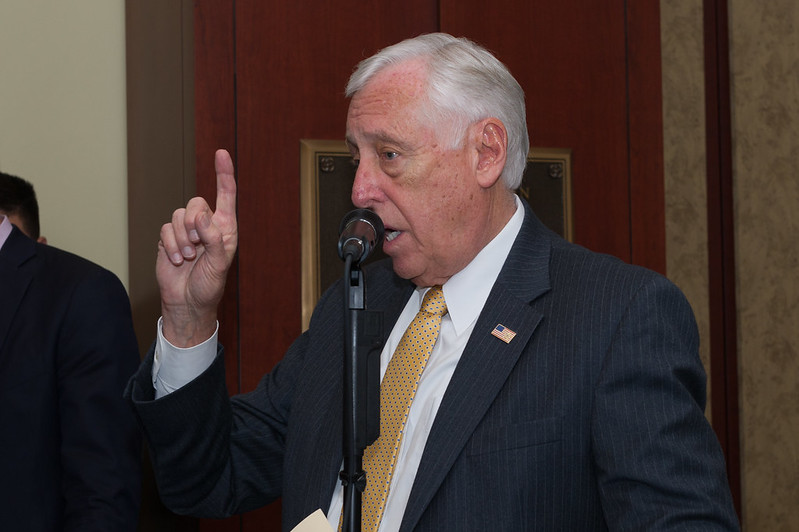 House gets down to ‘must-pass’ business

The House is back in session today with plans to focus on must-pass bills this summer, with fewer of the political messaging votes that are often typical for an election year.

On Thursday, the House will vote on a bipartisan bill to provide some new flexibility to the popular Paycheck Protection Program, including extending the period that the loan proceeds can be used and still forgiven. The limit is now eight weeks. The bill would extend that to 24 weeks and also remove the requirement that 75% of the money be spent on payroll.

Senators have been considering a shorter extension to 16 weeks. But House Majority Leader Steny Hoyer, D-Md., told reporters Tuesday he doesn’t expect that issue to be a problem in ultimately enacting the standalone measure.

In the coming weeks, the House agenda will focus on the water resources and surface transportation reauthorization bills as well as the 12 annual appropriations bills, Hoyer says.

By the way: This is the first week that the House will be proxy voting since Democrats pushed through the process to accommodate members who were concerned about traveling back to D.C. Committee votes will continue to be held online.

A number of House Democrats have filed notice of their proxy voting plans. They include senior House Ag Committee member Filemon Vela of Texas, who has granted his proxy to Arizona Rep. Ruben Gallego. Oregon Rep. Kurt Schrader granted his to fellow Blue Dog Coalition leader Tom O’Halleran of Arizona.

House Democrats are open to negotiations with the Senate Republicans over liability protections for employers, an issue of concern to farms and food processors. The concern is that workers or consumers could sue businesses over getting the virus.

Hoyer noted that an earlier bill provided some liability protection to 3M and that Democrats will “want to make sure that consumers and patients are protected.”

There’s more bad news for the San Antonio event planner who received a $39 million contract under the Farmers to Families Food Box program.

Democratic Rep. Lloyd Doggett called for the contract to CRE8AD8 (pronounced “create a date”) to be canceled after the San Antonio Express-News reported that CEO Greg Palomino “has boasted about clients who say they’ve never worked with him, cited unearned professional credentials and touted business affiliations that can’t be verified.”

His company’s website had listed USAA, Valero Energy and Fiesta San Antonio as clients, but those names disappeared after the newspaper started asking questions.

“During this pandemic, farmers have continued to maintain these high safety standards – even around schools, which are closed. They have not asked for any pesticide law or regulation to be suspended or relaxed.” - Renee Pinel, president and CEO of Western Plant Health, in an op-ed yesterday for the Modesto Bee.

Remember: Newsom issued a directive earlier this month urging ag commissioners to add more enforcement on pesticides around schools during the pandemic.