Peanut butter makers can’t churn out product fast enough to meet the unprecedented demand from families who are desperate to keep their pantries stocked during the COVID-19 pandemic. If that’s not enough good news for America’s peanut farmers, exports are booming and China just can’t get enough of the legumes.

In March, peanut butter sales in the U.S. skyrocketed 75% above the same month a year ago as people scrambled to stockpile the shelf-stable jars of high-protein sandwich spread.

Amid stories of farmers dumping milk, euthanizing pigs and destroying rows of vegetables, southern peanut farmers are seeing stocks dwindle and prices rise as they mostly avoid the devastation that the collapse of restaurant, hotel and institution (HRI) business caused for most other commodities.

In fact, in some ways it’s the inverse.

Peanut butter and jelly sandwiches used to be ubiquitous in school cafeterias and playgrounds, but not anymore. It’s become more and more difficult to find a youngster eating one. Many schools not only do not serve peanuts or peanut butter, but ban them outright in order to protect the growing number of kids with allergies.

“Kids are home and out of school and they’re eating a lot more meals at home, and peanut butter is something kids love,” says Patrick Archer, CEO of the American Peanut Council. “Our industry has been making peanut butter as fast as possible. All of our companies are running at full capacity to meet all of the demand.”

The run on grocery stores has cooled down some, says Ryan Lepicier, a senior vice president for the National Peanut Board, but sales are still far above normal, and the industry hopes that the bump will turn into a long-term incline as consumers are reminded how much they enjoy the creamy spread.

After the meteoric rise in March sales, April brought a less-stratospheric, but still impressive, 20% increase versus the previous year.

“That means to us that people ate some of what they bought in March and replenished,” said Lepicier. “A 20% increase is pretty big.”

As a point of reference, peanut butter sales rose by 3.5% in February, a respectable increase in normal times.

But times are anything but normal. Peanut butter sales always rise in times of economic downturn as families turn to affordable protein sources, and the current pandemic is pushing that to an extreme. More than 40 million Americans have filed for unemployment in just three months.

“Another big reason for increased peanut butter sales is it’s one of the most popular items at food banks,” said Archer. “It’s high-protein and shelf-stable. It’s unfortunate that increased demand is a result of the current situation. But we’re happy to be part of the solution and to keep America fed.”

But Archer says he’s also hoping that the gains for peanut butter consumption will reach a new normal plateau that lasts years after the pandemic because people now will be saying, "I forgot how much I liked peanut butter."

It was a 'bit surreal': Inside a packing plant and community rocked by COVID-19
It's a fencerow-to-fencerow farm fight against COVID-19
COVID-19 hammers textiles as cotton farmers hit the fields 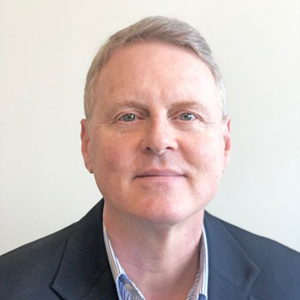 While peanut farmers haven’t had to deal with most of the HRI losses that are hurting most other producers, the pandemic and new social distancing guidelines haven’t come without challenges. Americans consume about 2.3 million pounds of peanuts in baseball parks every year, but maybe not in 2020. Major League Baseball and the league's Players Association already cut spring training short, and talks are underway over a potentially delayed and shortened season.

It’s a tough time for the sport, but agriculturally speaking, it could be a major setback for peanut vendors. Lepicier says the Peanut Board is already working on new promotions to get some of those in-shell peanuts into grocery stores, which leads to the second complication: Sample tastings in grocery stores just aren’t feasible these days.

Still, prices are strong, stocks are low and new crops are in the ground across the country.

Another major factor in the rising health of the peanut sector is China. U.S. exports to China dipped last year during the height of the trade war and climbing tariffs, but that trade has come roaring back.

From January through March, China imported $36.2 million worth of peanuts from the U.S. That’s a roughly 1,150% increase from the $2.3 million in shipments for the first three months of last year, according to USDA data.

A lot of those peanuts are coming from Georgia, and the exports are keeping the Port of Savannah busy.

Nearly 11,000 containers full of peanuts have shipped through Savannah in the first seven months of the current fiscal year, according to the Georgia Port Authority. That’s about a 52% increase.

Whereas China grows about 16 million metric tons of peanuts per year to feed its growing demand for peanut oil and animal feed, the U.S. only produces about 3 million tons, which primarily go into peanut butter and nuts for snacking.

Not all of the peanuts that come out of the ground in the U.S. are fit to be roasted and sold in cans, and it’s those “farmer stock” supplies that China is after.

It’s a huge swing, says Archer about the new volume in trade, but he stressed that it’s really not that big from the viewpoint of China, the world’s largest producer and importer.