Ag industry still has questions on dicamba use

Much of the ag industry was still in a state of confusion Tuesday over applications of dicamba this growing season following EPA’s decision to cancel three registrations but allow use of existing stocks by growers and applicators.

The agency issued a cancellation order Monday evening that specified existing stocks could not be used unless they were already in the “possession” of commercial applicators or growers on June 3, when the Ninth Circuit Court of Appeals vacated the registrations of Bayer’s Xtendimax, BASF’s Engenia and Corteva’s FeXapan.

The court cited the “social and economic costs” resulting from use of the products, including extensive drift damage in many of the 34 states where the herbicides were used.

EPA’s order left ag dealers who don’t provide application services out of the equation, saying they have to return products to the registrants or dispose of them according to state law.

The Agricultural Retailers Association and National Council of Farm Cooperatives promptly sought clarification from EPA, sending a letter to the agency Tuesday asking whether retailers with product already bought or contracted for by a grower can legally “move the product for purposes of application.”

“Additionally, some retailers were told by state authorities where they operate that they could continue the sale and distribution of the three dicamba products,” ARA President and CEO Daren Coppock and NCFC President and CEO Chuck Conner said in the letter to EPA Administrator Andrew Wheeler. “The cancellation order, though, is retroactive to June 3. Our members are seeking guidance on what happens to product sold between June 3 and June 8, the date of the cancellation order? Similarly, does the cancellation order supersede state actions to allow product to continue to be sold and used?”

“These questions need quick answers during this critical time of the growing season as weeds will not wait for a protracted legal analysis,” Coppock and Conner said. 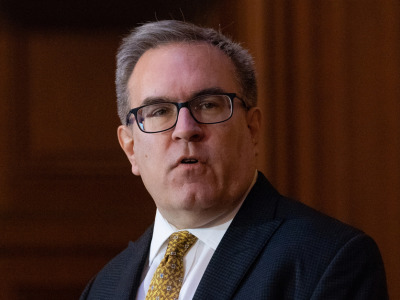 Another question, Payne said, is whether integrated companies such as Nutrien that provide a full range of services to growers can ship products from their distribution centers to their own custom applicators.

The plaintiff groups that brought the lawsuit against EPA were not pleased with its order, saying it “flies in the face of the court decision holding dicamba-based pesticides unlawful. It ignores the well-documented and overwhelming evidence of substantial drift harm to farmers from another disastrous spraying season.”

They said they would “bring the EPA's failure to abide by the court's order to the court as expeditiously as possible.”

"The plaintiffs are angry,” said Andrew Thostenson, pesticide program specialist for North Dakota State University’s Extension Service, adding that EPA’s order is not the last word on the subject.

“Additional action in the courts is almost certain,” the National Association of State Departments of Agriculture said in a blog post that outlined its concerns about EPA’s order.

“Several questions remain for states and growers,” NASDA said. “The EPA order clearly prohibits all use past July 31, 2020, which may not be enough time for all farmers using dicamba products to finish out the growing season,” NASDA said, and posed a question to EPA: “What liability exists for growers or commercial applicators who purchased dicamba in their state after the June 3, 2020 decision?”

Thostenson said he’s concerned some growers might turn to older dicamba formulations not labeled for over-the-top use on cotton and soybeans if they don’t have the other products in stock.

But he also said there may not be much product left anyway. “People were scrambling all last week” to obtain the herbicides, he said, with trucks “lined up at retailer locations” June 4, the day following the court order.

As of late Tuesday, EPA had not said anything more about its cancellation order and there had been no filings in the Ninth Circuit case. Many groups have called on EPA to appeal the court’s order.

Bayer and BASF both issued statements, with Bayer praising EPA’s “swift action” and promising to "continue working with the EPA, growers, academics, and others to provide long-term access to this important tool." BASF said “additional clarity and flexibility is required to address the complexities of the supply chain so that farmers have the opportunity to use Engenia this season in accordance with the EPA order.”

Dave Scott, pesticide program administrator at the Office of the Indiana State Chemist, said in his state, “If [product] was already purchased and there was documentation for that, and the only thing that hadn’t been done is it hadn’t been delivered, we would probably not pursue an enforcement action.”

“If it’s already been purchased, where it sits physically is less important,” Scott said.

He also said that any sales in the period between the issuance of the court order and EPA’s cancellation order “we’re not going to consider a violation” even though the court had vacated the registrations.

The five days between the court order and the cancellation order saw many states issuing statements allowing the continued sale of the dicamba products.

Scott was critical of EPA for not acting more quickly to provide guidance in the wake of the court decision, which he agreed with.

“Honestly, I think the court nailed it,” Scott said. He said he did not believe the registration decision was based on science, but was instead “a business decision that was politically supported.”