Number of hogs euthanized due to COVID-19 impacts still unknown

If David Miller’s calculations are correct, a total of 937,000 market hogs “disappeared” from the market system as COVID-19 sent the capacity of meat processing plants tumbling from March through June. But nobody seems to know exactly how many of these hogs were euthanized.

Miller, the chief economist for Decision Innovation Solutions, used his own formula to find out which of the over 3 million hogs that were not slaughtered on time never made their way back into weekly slaughter numbers. These animals could have been euthanized, but they also could have been sold privately, sent to a local meat locker or slaughtered at home.

Miller said he believes up to 800,000 of these hogs could have been euthanized, but he doesn’t know for sure. Steve Meyer, an economist for Kerns and Associates, says he knows 300,000 market hogs have been euthanized so far, but he thinks that number could extend as high as 400,000.

Producers typically only resort to euthanasia if they have no other options available, and many have come up with other solutions to their backlog issues. Some adjusted their hogs’ diets to prevent the animals from rising above the 300-pound mark that would prevent their carcasses from being processed at meatpacking facilities. Some sent their animals to local lockers or slaughtered them at home. Some sold their hogs to cattle buyers who shipped them to processing facilities on the East and West Coasts.

“It's absolutely something our producers see as only a last resort,” Dave Pyburn, the National Pork Board’s Chief Veterinarian, told Agri-Pulse. “I think that's why they've innovated and avoided it as much as they can.”

It’s difficult to determine the exact number of animals that have been depopulated. The USDA Animal and Plant Health Inspection Service (APHIS) has said that it does not track depopulations. Several environmental groups have petitioned APHIS to release depopulation data in an electronic database, but so far there has been no response.

Daily slaughter in the pork industry climbed back to near 93% of capacity by the end of June, but the backlog exists despite efforts by farmers to trim their herds. Meyer says further depopulation may be necessary to get rid of the extra animals. 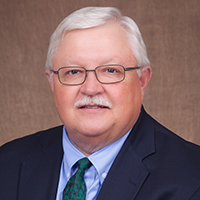 “The 2.4 million that are out there, we'll probably eventually slaughter all of those through commercial channels,” Meyer told Agri-Pulse. “The pigs that normally would have been taking their place in finishing barns, some of them will probably be destroyed.”

Pyburn said before mass depopulation events, producers sit down with their veterinarians to talk about the options and what resources they have available.

Several methods of swine euthanasia are allowed by the American Veterinary Medical Association and the USDA, though their use depends on the age and weight of the animal. Producers can suffocate hogs with carbon dioxide, shoot them with a gun, manually apply blunt force trauma to the head, use a captive bolt gun to stun them, electrocute them or have a vet administer them with an anesthetic overdose. Pyburn said that most producers have been using carbon dioxide for mass depopulations.

Producers must also consider carcass disposal, especially for a large number of animals that were depopulated at one time. According to Pyburn, they are required to clear their disposal method with their state natural resources or environmental agencies before they can depopulate their herds.

The U.S. EPA allows for producers to use alkaline hydrolysis, which involves placing a body in a pressure vessel filled with water and potassium hydroxide and heating it to around 320 degrees Fahrenheit. They can render them, or send them to a rendering facility to be cooked and processed into products like pet food. Producers can also incinerate them in a fixed facility, dispose of them in landfills, compost them or use an air-curtain burner.

Two more disposal methods are allowed, but have prompted criticism from environmental groups for their potential impacts. Producers can dig unlined pits to bury the hogs into or they can burn them in an open fire. In their June 29 petition, Earthjustice, the Center for Biological Diversity, the Natural Resources Defense Council (NRDC) and 14 other organizations asked APHIS to prohibit unlined burial and on-site incineration for the duration of the COVID-19 pandemic.

The petitioners cited a 2015 APHIS report that said unlined burial and open-air burning of carcasses were expected to have the “greatest impacts to the environment.” In particular, they argue that burying carcasses could leach contaminants into water through the soil, and burning them could create air pollution.

"The way industrial operations are discarding millions of dead animals in the midst of this health crisis shocks the conscience,” Valerie Baron, a senior attorney at the NRDC, said in a statement. “These disposal methods are among the most dangerous for human health and severely threaten drinking water safety — yet there’s zero transparency when it comes to where these mass burials or incinerations happen."

The agency has not responded to the petition, but the NPPC issued a statement saying producers applying for NRCS funding must use a burial site approved by a conservation agent and that they have not been aware of any incinerations of depopulated animals.

“This baseless petition has no merit and is an attempt by anti-livestock agriculture activist groups to use an unprecedented crisis to pile on hard-working farmers during a very challenging time,” the statement read. “Pork producers follow all appropriate human health and environmental protocols for safe disposal and have been working with federal and state authorities to address this crisis since it started.”

Pyburn said the majority of carcasses have been rendered, which is seen as one of the more environmentally friendly options for carcass disposal. APHIS notes that rendering facilities typically have scrubbers and wastewater treatment systems to control pollution and waste.

David Meeker, the senior vice president for the North American Renderers Association, told Agri-Pulse he believes the association’s members rendered the carcasses of 1 million market hogs and feeder pigs throughout the COVID-19 crisis.

“Some of our independents even installed equipment so they could do this,” Meeker said. “And some of them put on second shift workers. They really stepped up and they did a lot more than anybody thought they could.” 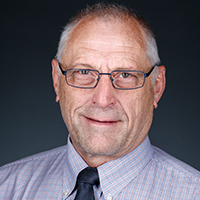 Having to depopulate their swine herds has taken a large toll on producers, both financially and mentally. Not only do producers not get to sell their pigs at market price, they also must pay about $40 to $50 per hog for depopulation and disposal. And, ultimately, they have to make the decision to euthanize.

“It's absolutely against their nature,” Pyburn said. “Their nature is to grow healthy pigs and to produce a healthy product.”

NPPC estimates pork producers face a collective $5 billion loss for the remainder of the year. The federal government has provided some relief through the Coronavirus Food Assistance Program, but the most each producer can receive is $250,000. Howard Roth, the president of the NPPC, has said the assistance “will fall short of what is truly needed.”

Additional aid may be on the way, however. The House recently passed the Health and Economic Recovery Omnibus Emergency Solutions (HEROES) act, which includes provisions for euthanized livestock, and last Thursday, a group of senators introduced the Responding to Epidemic Losses and Investing in the Economic Future (RELIEF) for Producers Act of 2020, which would compensate hog producers who were forced to euthanize or donate their animals.

Many state and federal agencies haven’t been able to provide much direct support to producers for depopulation efforts. The COVID-19 virus has not been found to directly affect livestock, which limits the amount of assistance these agencies can give.

“A lot of the industry was calling on us to facilitate this, but it's out of our jurisdiction,” Brian Hoefs, senior veterinarian with the Minnesota Board of Animal Health, told Agri-Pulse. “We worked with them, we worked with the USDA, but ultimately these were otherwise healthy pigs. The only issue with them was they were standing in line.”

Instead of helping directly, several agencies took the role of middlemen. They set up databases and hotlines that guided producers toward public and private organizations that could provide them with resources.

Three of the nation's largest pork producing states — Iowa, North Carolina and Minnesota — have also worked with producers to dispose of carcasses. North Carolina has allocated $15 million for financial and disposal assistance for producers, but had not used these funds as of July 7. The Minnesota Board of Animal Health and the Minnesota Department of Agriculture set up two above-ground composting sites that, according to Hoefs, saw 20,633 carcasses. Iowa launched a disposal assistance program that offered producers $40 per hog to help cover disposal costs. As of July 1, 18 producers in the program had euthanized 64,826 hogs, but estimated that they would need to euthanize 107,077 in total.

The first wave of COVID-19 devastated meatpackers around the country, but it’s unclear how much damage a second round would do. It all depends on whether or not humans can contract the virus twice and how effective the safety measures that meatpackers put in place really are. But if the virus does force packers to close again, Miller believes that producers will have no choice but to euthanize more animals.

“If packing points end up shutting down, we're already backed up,” Miller said. “We don't have much capacity to further back up.”