After several days of delay, Senate Republicans today are supposed to take the wraps off their $1 trillion coronavirus relief package. The release of the proposal will allow negotiations to move forward with congressional Democrats, but there is a long way to go before a new package will be ready for President Donald Trump’s signature.

The Senate GOP plan is expected to include $20 billion in farm relief.

Mark Meadows, the White House chief of staff, raised the possibility Sunday that Congress could pass the next aid package on a piecemeal basis, with the most urgent issues being addressed first. Whether Democrats would agree to that is another question.

For more about the GOP plans, read our Washington Week Ahead, and watch Agri-Pulse.com for updates on the aid package.

Hemp growers get win in House

The Democratic-controlled House has passed a package of four fiscal 2021 spending bills that include a provision to help struggling hemp producers. The legislation would allow hemp pilot programs to continue in operation through next September. States currently have until October to get approved regulatory plans into place.

The provision, while welcome, still doesn’t address most of the underlying concerns of hemp growers about USDA provisions in place for the 2021 growing season, according to Eric Steenstra, president of the advocacy group Vote Hemp.

His group has been pushing to extend the pilot program for two more years so growers don’t have to meet a stringent THC limit on hemp included in a USDA interim final rule published in October – among other reasons.

Many growers were forced to destroy crops last year because their hemp tested above 0.3% for THC.

The Agricultural Marketing Service has already approved dozens of state and tribal plans, and it’s not clear how they would be able to scrap those plans.

By the way: The FY21 minibus, which passed the House on a near party-line vote on Friday, includes funding for USDA, FDA, EPA and the Interior Department. The House takes up a bill this week that includes funding for the Army Corps of Engineers as well as the Transportation and Labor departments.

President Trump’s trade war with China cost U.S. farmers severely, so when Trump suggested last week that the “phase one” trade deal meant “much less” to him now, Illinois Rep. Cheri Bustos pounced on it. Bustos leads the Democratic Congressional Campaign Committee, which is charged with keeping Democrats in the House majority.

“When President Trump was candidate Trump, he stood behind a podium and promised to end the war on our farmers,” Rep. Bustos said. “Yesterday, after they have endured financial uncertainty, declining market shares and a precarious outlook, the president again stood behind a podium, and told our farmers that their future ‘means much less’ to him.”

China promised to ramp up imports of U.S. farm commodities in the trade pact, though many believe the Chinese won’t reach the goal of $36.5 billion set for calendar year 2020. To help the farm trade flow, China began waiving some tariffs on soybeans, corn, wheat and other commodities in March.

Trump, in a press conference Thursday, repeated his accusations that China allowed COVID-19 to spread to the U.S. and said that as a result the “trade deal means less to me now than it did when I made it.” 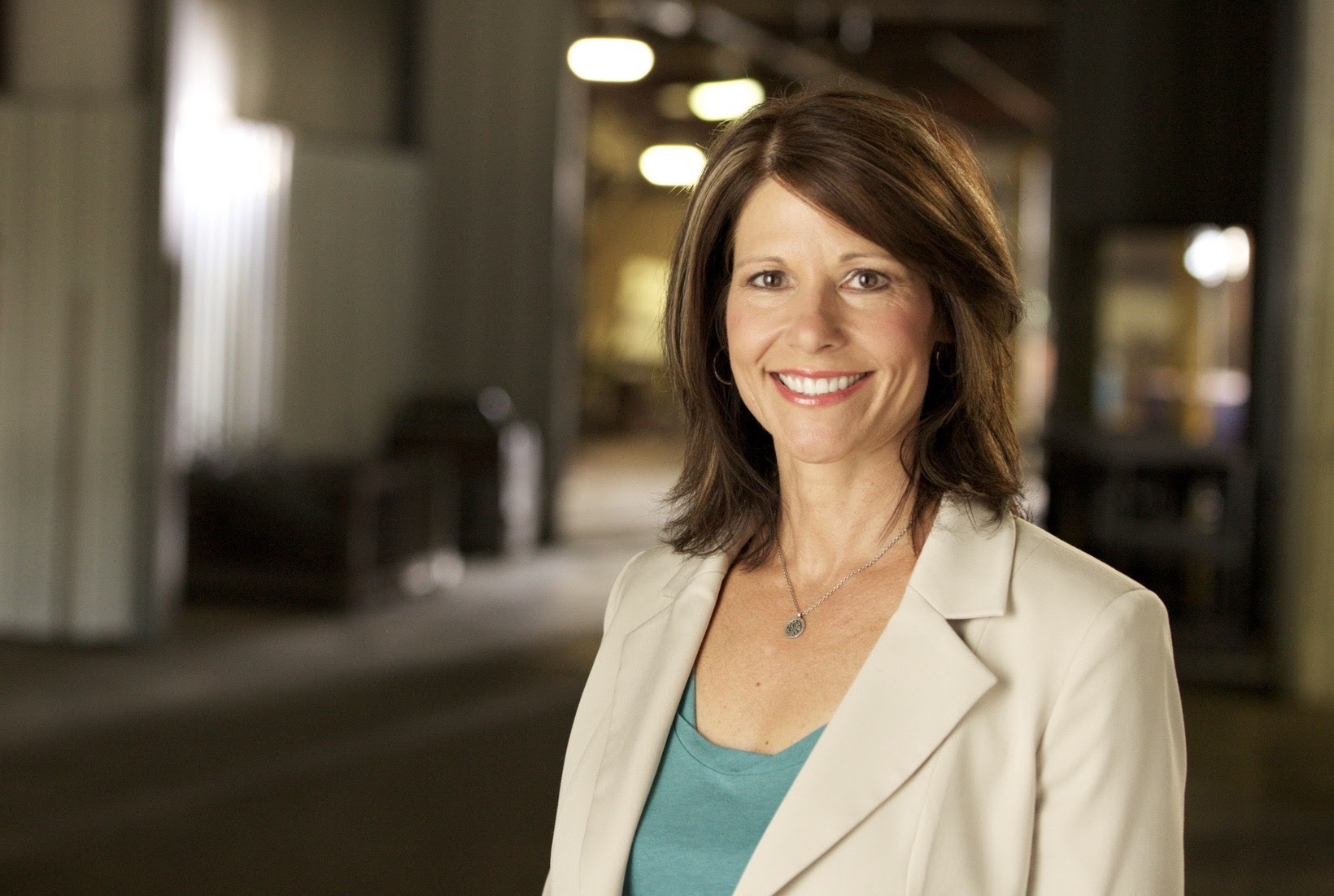 On Saturday, Bustos participated in a Zoom call to promote former Vice President Joe Biden’s views on rural health care. She stressed the stakes are high to win both the White House as well as keep what she called Democrats’ “fragile” 15-seat House majority.

She noted that there are 30 House Democrats serving in districts that Trump won in 2016.

“We’ve all got to work together,” Bustos said. She and former North Dakota Sen. Heidi Heitkamp said Biden’s plans would strengthen education and the health-care workforce in rural America.

Non-tariff trade barriers are some of the most vexing impediments to global grain trade. Despite the “phase one” deal with China, the country’s opaque and lengthy approval time for new biotech traits is still a major problem, according to the U.S. Grains Council.

U.S. and Chinese negotiators continue to make progress on those changing the system, government officials tell Agri-Pulse, but there’s still much work to do.

China is listed as “very problematic” and “very restrictive” for its biotech approval system according to a new USGC compilation of non-tariff trade barriers around the globe. The European Union, India and Turkey also get the same designation. 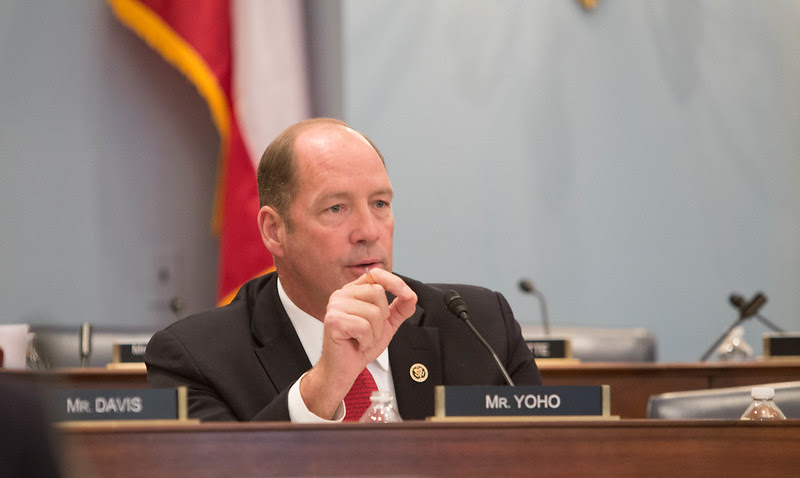 Bread for the World forces out lawmaker

House Agriculture Committee member Ted Yoho, R-Fla., has resigned from the board of Bread for the World following a controversy over profane remarks he reportedly made about Rep. Alexandria Ocasio-Cortez, D-N.Y.

The Christian anti-hunger advocacy group says it asked Yoho to resign. His “recent actions and words as reported in the media are not reflective of the ethical standards expected of members of our Board of Directors,” the group said in a statement.

Yoho, who isn’t running for re-election this year, denied using the f-word and sexist slur to refer to the congresswoman.

Where did the OJ go?

People around the world aren’t drinking less orange juice, but world production is plunging this year, USDA's Foreign Agricultural Service reports. Production is declining sharply in the U.S., as well as Europe, Brazil and Mexico.

Worldwide production of frozen concentrated orange juice is expected to drop by 23% and the reason is relatively straight forward. Farmers just aren’t producing as many oranges as they normally do. In Brazil, the orange harvest fell 19% this year, primarily because it’s just an off year – known as an alternate bearing phenomenon. In Mexico, a drought cut orange production nearly in half. And in the U.S., citrus greening continues to plague Florida’s groves.

U.S. FCOJ production is expected to drop this year by 10%.

She said it.  “The president’s comments were a slap in the face to the American farmer.” - Rep. Cheri Bustos, D-Ill., referring to President Trump’s comment that the “phase one” trade deal means less to him in the wake of the pandemic.