Biofuel groups are frustrated election-year politics could be getting in the way of time-sensitive Environmental Protection Agency action on renewable fuel policy that needs to be finalized by the end of the year, and fear voter accountability in farm country will be lost if the agency delays acting before the November election.

Over the last three years, EPA has typically released the proposed Renewable Volume Obligations for the Renewable Fuel Standard by early July to give stakeholders time to submit comments before the Nov. 30 deadline, so the agency can finalize those volumes set in the statute that created the RFS. But the 2020 proposal has yet to be published.

Cooper said EPA officials indicated everything is behind schedule due to COVID-19. But he doesn't buy that argument and doesn’t understand why the virus would affect the timeline of releasing the proposal.

“If this thing slips past the election, there’s really no consequences for EPA abusing its authority,” Cooper feared. “Waiting until after this election to release this proposal sort of eliminates the ability of the voters to hold the administration accountable for its decisions.”

Cooper said a delay is not good for the industry, noting that in 2015, the Obama-era EPA released three years' worth of RVOs at once after years of delay resulted in lawsuits that still reverberate in the sector. A court decision called on EPA to make up for the years of shortcomings, something the agency has yet to do.

“What they said is ‘Well, it would be unfair for us to require refiners to actually comply with the statutory requirements because these years have passed and so we’re only going to require what they actually blended,’” Cooper stated.

But oil interests such as the American Fuel and Petrochemical Manufacturers think the EPA should take their time on the RVO proposal.

Geoff Moody, vice president of government affairs for AFPM, told Agri-Pulse they want certainty heading into next year, but that's hard to provide with the lingering demand impact of the pandemic on transportation fuels.

“What that means, in addition to some uncertainty around small refinery exemptions and all that comes with that, it probably makes sense for EPA to take the time and kind of understand how all that fits together,” he said.

Moody thinks the volumes should be lowered because the volumetric mandates are not flexible in allowing the requirements to float up and down with actual demand in the gasoline and diesel market.

“If demand doesn’t recover and we’re basically compelled to blend the same volume of renewable fuel/biofuel into our product that we have in the past, that implies a much larger percentage and it’s just not feasible to do that,” Moody said.

National Biodiesel Board Vice President of Federal Affairs Kurt Kovarik speculates the reason EPA is delaying the proposal is because it doesn’t include much for refiners.

“I fail to recognize what portion of the Renewable Fuel Standard and the implementation of it by EPA is supposed to kowtow to the interest of refiners,” Kovarik said. He argued the program exists to diversify fuels to homegrown renewable resources like ethanol and biodiesel.

Biofuel groups including Growth Energy also want EPA to address the so called “gap-year” small refinery exemptions immediately. Those SRE petitions — filed in response to a court case that said biofuel mandate waivers needed to be awarded continuously — date back nearly a decade and could greatly expand the amount of facilities eligible for a biofuel mandate waiver.

“Clearly, I think what’s weighing in everyone’s mind is to address these small refinery exemptions — these so-called gap-year filings as well as those that are pending,” Chris Bliley, senior vice president of regulatory affairs for Growth Energy, told Agri-Pulse.

On June 18, EPA confirmed it was considering 52 new pending SREs dating back to 2011. EPA has not decided how it plans to act on those petitions. Last week, Sen. Chuck Grassley, R-Iowa, told reporters the Department of Energy had completed its review of the SRE applications, clearing a step in the process and sending the waiver requests back to EPA for their final consideration. 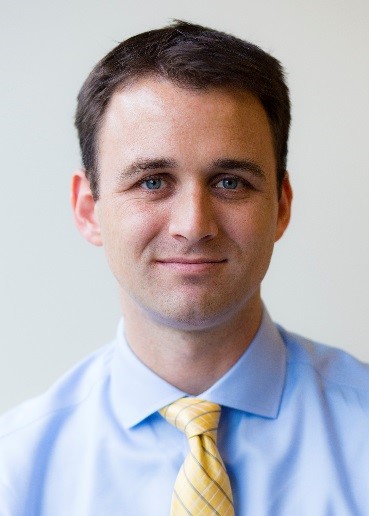 “We need those addressed now,” Bliley said. “It’s important that happens sooner rather than later.” Bliley argued biofuels advocates want EPA to deny the filings and say they are attempting to avoid complying with a Jan. 10th Circuit Court of Appeals decision.

In the January ruling, the court said EPA cannot “extend” exemptions to any small refineries whose earlier, temporary exemptions had lapsed.

“EPA could have easily torn off the Band-Aid and said, ‘you know what, the courts told us what we have to do, we’re going to do it.’ Instead of doing that, they haven’t applied it nationally and haven’t even addressed it so far,” Kovarik said.

But Moody argued the statute says small refiners can request a waiver from the volumes at any time and pointed to a 2017 10th Circuit ruling.

“If you look two years ago, the 10th Circuit said that EPA and DOE were improperly restricting the number of waivers they were giving out. They were basically making it too strict for refiners to qualify,” Moody said.

AFPM said the earlier 10th Circuit ruling determined EPA was wrongfully denying SREs by imposing a heightened "viability" threshold and that if a refinery wasn’t on the brink of closing, EPA denied them relief.

“Fast forward to this year, and all of a sudden you have to have demonstrated you’ve gotten a waiver every year in order to qualify going forward and it is inconsistent,” he said.

Moody noted the transportation fuel industry has slightly recovered from COVID-19 impacts, pointing to Energy Information Administration data, but said it is certainly going to be a challenge for the refining industry and the biofuels industry in the months ahead, if coronavirus cases rise and put future demand into question.