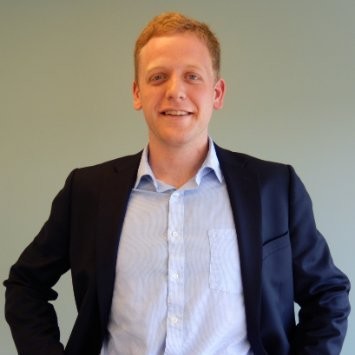 Monterey Mushrooms has promoted Juana Gomez to the newly created position of chief people and culture officer. Gomez has been with the company for four years and before that worked for Scaroni Family of Companies as senior vice president of human resources.

United Fresh Produce Association has promoted Jennifer McEntire to senior vice president of food safety and technology. She joined United Fresh in 2016 and has focused on issues related to outbreaks in leafy greens, the Food Safety Modernization Act and traceability. McEntire started her career at the National Food Processors Association and then became a visiting scientist at the Food and Drug Administration. She has also held roles with The Acheson Group and previously worked for the Grocery Manufacturers Association before joining United Fresh.

Heliae Agriculture has promoted Karl Wyant to vice president of ag science and Shelley Baughto director of marketing. Wyant joined Heliae in 2019 as the director of ag science. In this new role, he will oversee internal and external trials, agronomy training, and focus on soil health, soil quality, and regenerative agriculture. Before joining Heliae, Wyant served as an agronomist for an agricultural inputs retailer in the California and Arizona growing regions. Baugh joined Heliae in January 2018 and has over 13 years in marketing and communications. She will lead the overall global marketing strategy for Heliae and all associated brands.

Will McIntee is heading up the rural outreach for the campaign of presumptive Democratic presidential nominee Joe Biden. McIntee is working as a full-time national rural engagement director for the campaign. McIntee’s past work experience includes working as the Midwest outreach director for the U.S. Global Leadership Coalition and as the lead advance representative at the Department of the Interior.

The Climate Corporation has brought on Ranjeeta Singh as the new chief product officer to create strategic and product road map plans for Climate FieldView. Singh brings more than 23 years of expertise in hardware, software and services experience. Most recently, Singh served as vice president and general manager of data science and artificial intelligence at Teradata. Before that, Singh spent 18 years at Intel.

GROWMARK has selected Lora Wright to join the board of directors in a new at-large position. She brings more than 20 years of animal agriculture and technology experience to her new role, with her background focusing on meat and livestock production, food safety, animal welfare and sustainability. She has 15 years of experience working for Tyson Foods and currently is the owner and operator of 605 Solutions LLC, a consulting business developing training materials addressing the needs of the food animal industry.

The American Meat Science Association has selected Dr. Temple Grandin as the 2020 AMSA International Lectureship Award winner. The award was established to honor an individual for internationally recognized contributions to the field of meat science and technology. Grandin is a professor of animal science at Colorado State University and is known as a pioneer in improving the handling and welfare of farm animals.

Marisa McCarthy is now a press aide for Sen. Kamala Harris, D-Calif. She previously was a press assistant.

Paul Green has been elevated to legislative correspondent from staff assistant for Rep. Katie Porter, D-Calif. Green will work on issues related to science and technology.

Cesar Ybarra is now the legislative director for Rep. Andy Biggs, R-Ariz. He covers energy, public lands and natural resources, small business, and telecommunications. He was previously a legislative assistant.

Natalie Edelstein has moved up to deputy communications director for Rep. Eric Swalwell, D-Calif. She was previously in the role of press secretary.

Michael McLeod, noted agriculture lobbyist, died July 20 in an Asheville, N.C., hospital from complications of COVID-19. He was 78. McLeod was a former staff director and general counsel of the Senate Committee on Agriculture, Nutrition and Forestry under the late Chairman Herman Talmadge, D-Ga., He went on to build a lucrative career in private law practice, lobbying for a wide array of influential clients in commodity futures trading, crop insurance and agricultural commodity promotion boards funded by “checkoff” assessments on producers. When he retired from the industry, he went on to write books and operate a rustic cabin resort in the Appalachian Mountains. To read more on McLeod, click here.