The Centers for Disease Control this week issued an advisory on onions from Thomson International. The Bakersfield company voluntarily recalled red, yellow, white and sweet yellow onions because they may be contaminated with Salmonella. The CDC is warning restaurants and retailers not to serve or ship these onions.

Nearly 400 people in 34 states have been sickened, with 59 hospitalizations but no deaths. The Canadian public health agency is investigating a salmonella outbreak that is likely from red onions from the U.S.

Several growers are on the agenda today for the State Board of Food and Agriculture’s monthly meeting. The first panel discussion will share actions that farmers and ranchers have taken to protect farmworkers during the COVID-19 pandemic.

One of those panelists, Amelia Ceja of Ceja Vineyards, serves on the governor’s 80-member economic recovery task force and testified before the board in May.

The board will also hear updates on food assistance programs to address the spike in demand following stay-at-home orders. This panel will include Steve Linkhart, who runs the Farm to Family program at the California Association of Food Banks and has worked with CDFA on expanding the program.

As talks continue on a next coronavirus relief package, payments under the existing aid program for farmers are slowing down. USDA reported Monday that it has made $6.8 billion in payments through the Coronavirus Food Assistance Program, an increase of about 4% over the past week. USDA has $16 billion budgeted for the program. Signup ends Aug. 28.

Keep in mind: USDA is paying out only 80% of what farmers are due under the program, but at the current pace the department will have plenty of money left over to provide the remaining 20% that farmers are due.

Cattle producers have received about $3 billion so far, while $1.3 billion has gone to dairy producers. Another $1.2 billion has been paid out on corn. 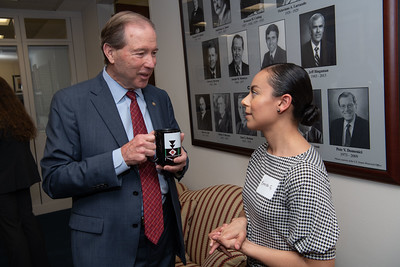 Some Dems eye ban on pesticides

Legislation set for introduction in the House and Senate would ban some of the most well-known and popular pesticides on the market today, including neonicotinoids and organophosphates.

New Mexico Sen. Tom Udall and Colorado Rep. Joe Neguse will discuss their bill at a teleconference today. They call it “the most comprehensive update in nearly 25 years” to the Federal Insecticide, Fungicide, and Rodenticide Act, or FIFRA.

Among the chemicals the bill would ban are chlorpyrifos, diazinon and paraquat. Corteva has said it will stop making chlorpyrifos by the end of the year, but it is still registered for use through Oct. 1, 2022, and EPA continues to work on its re-registration.

Keep in mind: This bill isn’t going anywhere this year, but new pesticide restrictions could be in play if Democrats win the White House and take control of Congress.

President Trump today is signing into law the Great American Outdoors Act, a landmark bill that mandates permanent funding for public land acquisition. The new law will guarantee $900 million a year for the Land and Water Conservation Fund.

Passage of the bill was a victory for two vulnerable Senate Republicans, Steve Daines of Montana and Cory Gardner of Colorado. Groups representing cattle and sheep producers opposed the legislation. 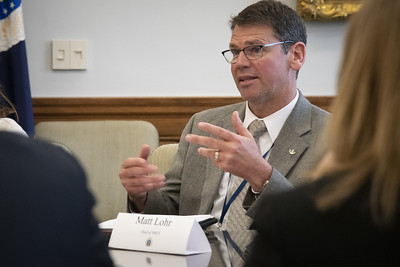 In an exit interview with Agri-Pulse, the departing chief of USDA’s Natural Resources Conservation Service, Matt Lohr, says he expects the agency to finalize four major conservation program rules this fall, including those for the Environmental Quality Incentives Program and the Conservation Stewardship Program. The rules will make changes required by the 2018 farm bill.

Lohr, who told employees Friday he’d be leaving Aug. 15 to manage his farm in Virginia full-time, says the agency will be in good hands with incoming Acting Chief Kevin Norton.

“My advice to anyone taking this job is that just being able to see the big picture,” Lohr said. He says he found it a challenge sometimes to avoid getting bogged down in a single issue.

The UK is the “second largest importer of cheese in the world, so it’s obviously a very large market opportunity for us,” Vilsack said.

“We're at the front end of what I think is a kind of Manhattan Project for trying to recover fish and wildlife in California.”—Andy Fecko, general manager of the Placer County Water Agency, in a panel discussion last week for the Association of California Water Agencies. Fecko was describing the effort to develop voluntary agreements for Delta flows in the face of climate change.