Chris Sayer, a lemon and avocado grower (along with some figs) in Ventura County, California, has been using cover crops in his 50 acres of trees since 2005, with some clear benefits.

He says the growth in soil organic matter in his orchard has enabled the land to absorb about 2.5 million gallons more water, a clear plus in an area that gets most of its moisture from winter rains.

“We want to have as much of that stay here” as possible, instead of seeing the water and topsoil wash away, Sayer says.

Agri-Pulse talked to Sayer of Petty Farms after the release of the latest cover crop survey for 2019, which took a closer look at adoption of cover crops by horticultural producers — vegetable, fruit and tree nut growers. It found more than half attributing an increase in profitability to their cover crops.

Sayer said he hasn’t worked the numbers to determine profitability, but is convinced of the value of cover cropping because he’s seen it and measured it. For example, a group of older lemon trees in his orchard that had been in decline responded positively to use of the practice.

Cover cropping “did manage to stop the bleeding and buy us some time to get some younger trees into the ground,” Sayer said. Those new trees “are growing more vigorously, which I would attribute at least in part to the soil.” 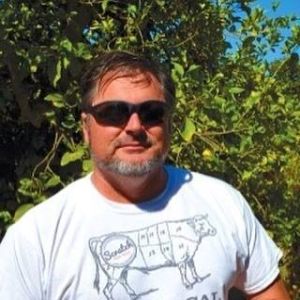 He also has measured soil organic matter and found that compared to the typical range for his area of about 2.5%-3%, his has been reliably measured at 5-5.5%. Soil organic matter helps retain nutrients and aids in water infiltration.

“I can’t prove we are making more money,” Sayer says, but adds, “If I was going to build a 2.5-million-gallon water tank, it would cost a lot more than we’ve spent so far.”

When he and his father first started using cover crops in 2005, Sayer said, “Our goals were primarily to improve our soil structure and ability to prevent erosion,” he said.

But there are other benefits as well, according to Sayer and the survey. One is increases in beneficial insects attracted to the flowers from his cover crop mixes.

“They do a lot to help maintain bee populations” in late spring and early summer, Sayer said.

About half the horticultural growers who responded to the survey cited “harboring beneficial insects” as a motivation for planting cover crops.

But those numbers include row crop producers who made up more than four-fifths of the respondents. Among hort producers, the acreage increase has been modest — “steady but strong,” according to Rob Myers, regional director of USDA’s North-Central Sustainable Agriculture Research and Education program.

“The growth in acreage is more among the commodity farmers,” Myers said, but notes that “horticultural users have a longer history with cover crops,” which may account from the smaller increases. That, and the fact that hort producers have smaller acreages to begin with. Sixty-eight percent of the horticulture respondents farmed nine or fewer in 2019 and only 6% farmed more than 180 acres, according to the report.

Although the 2019 survey did not break out the acreage by type of crop, Myers said a previous look at acreage numbers showed an increase between 2012 and 2016 from 81 to 91 acres, which is “very modest … compared to the rapid growth in adoption among grain crop users. I attribute that to the horticulture farmers already having a higher percent of their acreage in cover crops.”

Myers said cover crops have been gaining in popularity, fueled partially by word-of-mouth. “The more people see neighbors doing it,” says Myers, the better the chance more farmers will start using them.

Myers also called “notable” the fact that most hort producers had reduced their tillage along with use of cover crops. In fact, nearly 60% said they had either significantly or slightly reduced tillage.

For more new, go to www.Agri-Pulse.com