Almond prices low for next couple of seasons

Rapidly rising almond production coupled with trade wars and COVID-19 impacts have cut prices for farmers nearly in half over the past year and they won’t likely fully recover for at least a couple of seasons, says Roland Fumasi, a vice president and senior analyst for Rabo AgriFinance.

“We’re going to have two or three seasons of some pain and then as you look four and five years out, things are going to look a lot better,” he told Agri-Pulse in an interview.

The California harvest is in full swing now and farmers are widely expected to produce a new record-breaking crop, but it was about a year ago when prices started dropping. Farmers were getting between $2.5 and $3 per pound for their almonds a year ago, but that began dropping as estimates for the crop continued to rise higher and faster than previously imagined.

U.S. exports to China and India – two of the largest foreign markets for the U.S. were already depressed thanks to the ongoing trade wars and steep tariffs, but then it started to become clear that this year’s crop was going to be even bigger after a superb bloom in February. On top of that, COVID-19 hit, snarling international transportation. 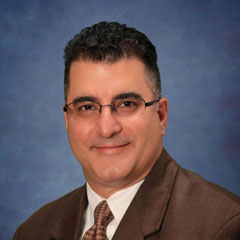 “When we had our bloom period for this year – which is in February – we had the most perfect bloom I’ve ever seen,” the analyst said.

Since then several private estimates have bolstered the three-billion-pound prediction.

“The 2020 almond crop experienced a dry February throughout most of California, providing excellent bloom conditions and plenty of opportunity for pollination,” NASS said. “Mild temperature eased concerns of frost damage.”

“At the same time, we were smack dab in the middle of the COVID-19 situation, which was delaying shipments and causing logistical headaches,” he said. “So, prices took another fall.”

Now they’ve bounced back a little bit and settled at about $1.65, which is where they’ll likely stay near for a while.

The lower prices have negative and positive ramifications. Of course, farmers want to get more for their almonds, but the low prices have allowed trade to pick up substantially, in spite of the fact that China and India – two traditionally large buyers – maintain steep tariffs on the U.S. nuts.

By the end of the August-July marketing year, U.S. exports were up 5%, year over year and much of that boost came in July.

“We set a record for shipments in July,” Fumasi said. “The biggest July on record … but it took a lower price to pull that off.”

Those increased sales are mostly to customers in Europe, the Middle East and Asia – but not China. U.S. almond shipments to China fell by 25% last year and are down about 20% this year, primarily because of the Chinese retaliatory tariffs to U.S. import taxes on Chinese steel and aluminum.

But farmers want higher prices and they don’t appear to be rising substantially anytime soon, especially if good growing conditions continue over the next few years, he warned.

“Prices are going to average about $1.65 – so still really low,” he said. “The double whammy is that if we get normal yield conditions next season, I think we’re going to have depressed prices at around that $1.65 range, probably for this season and for next season. After that, prices start to recover a little faster because at that point the demand growth catches up to the supply growth.”