U.S. almond farmers were just starting to put behind them a port strike three years ago that decimated exports, and now they are bracing for the impacts of a new 15 percent Chinese tariff - just one aspect of the burgeoning U.S.-China trade war.

Most of the 2017-18 almond crop has already been sold and shipped, and farmers are still a few months away from the start of the harvest for the 2018-19 marketing year, so the Chinese tariff hasn’t had a chance to impact the sector.

That could change very soon, said Paul Wenger, a California almond grower and former president of the California Farm Bureau Federation. Farmers in California, which produces 80 percent of all the almonds grown in the world, are just starting to assess the size of this year’s crop before contracts are made.

“I wouldn’t think you’re going to see too much impact on the markets for another 30 or 60 days,” Wenger told Agri-Pulse. “It’s too early to see what the fallout is going to be.”

Even a small impact would hurt California almond farmers, said Julie Adams, vice president for global technical and regulatory affairs at Almond Board of California. China – the third largest foreign market for almonds behind Spain and India – imported about 150 million pounds of almonds worth roughly $500 million in the 2016-17 marketing year that runs from August through July.

The Chinese market has been expanding for U.S. producers, making it more valuable to U.S. farmers, Adams said.

“The Chinese domestic consumption of nuts is expected to increase in tandem with income growth and increased awareness of health foods,” USDA’s Foreign Agricultural Service says in an analysis. “An industry survey indicates that the proportion of China’s middle class … has increased from 7 percent of the population in 2010 to 17 percent in 2015. The survey also suggests that the salty snacks market in China is expected to continue to $75 billion by 2020, of which nuts and seeds comprise more than 80 percent of the total salty snack consumption."

But it’s unclear if the Chinese will continue to increase consumption if prices jump as a result of the 15 percent tariff, which comes on top of an existing 10 percent Chinese tariff. A lot of the nuts China imports go into baked goods and other food products, but the snacking industry is the biggest area of growth, said Adams. Chinese importers and roasters – vanilla and chili-flavored almonds are some Chinese favorites – are loath to increase prices to consumers, so it will likely be U.S. farmers who take the biggest loss in the form of lower prices. 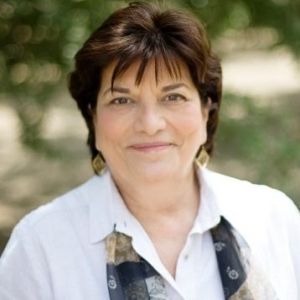 Julie Adams, Almond Board of California

“I would expect for Chinese buyers and ultimately consumers, this will have an impact on their purchasing decisions,” Adams said.

But the biggest loser will be the U.S. farmer, Wenger said, stressing that it won’t just be Chinese buyers that demand lower prices. Customers from around the world will soon start to try to use the new tariffs as leverage to push down prices, predicting a supply glut after shipments to China decrease.

“Everybody we sell to in the Pacific Rim and the Middle East and in Europe will use this to their benefit, saying, ‘Hey, there’s going to be less product going into China, so we’re going to pay a little bit less,' and that means growers suffer the consequences,” Wenger said.

The almond tariffs are just one part of the ongoing trade spat between the U.S. and China. On April 2, China announced $3 billion worth of tariffs on 128 U.S. commodities, including a new 25 percent tax on U.S. pork and a 15 percent tariff on a long list of other commodities that included almonds, oranges, lemons, plums, pistachios, walnuts and more. All of those tariffs were a direct retaliation by China because of the Trump administration’s 25 percent tariff on steel and 10 percent tariff on aluminum.

Subsequently, the Trump administration announced plans to hit China with $50 billion in separate tariffs to punish the country for intellectual property theft. China responded with a new threat of its own to hit the U.S. with tariffs on soybeans, wheat, cotton, corn and other commodities.

“My hope is that calmer minds come to the table in the next couple of months,” said Wenger.

Any disruption can have a long-term effect, according to a new analysis by Rabobank. The study, titled “If China Strikes Back,” predicts that the tariffs will give Chinese importers a strong reason to look elsewhere for the nuts, fruit and other U.S. commodities.

“In short, once a market is compromised – potentially lost – it can be challenging to get back,” according to the report. “Hence, even if retaliatory tariffs are relatively short-lived, they can result in negative consequences that have a lasting effect.”

There isn’t any country that can replace the U.S. as a primary almond supplier, but China could begin to buy more from countries like Australia (the world’s second-largest producer), and that would just add to the pain of California farmers.

U.S. farmers were already seeing the threat of competition from Australia rising thanks to the country’s free trade agreement. The base 10 percent tariff on U.S. almonds in China is just 4 percent for shipments from Australia, and that is scheduled to drop to zero in 2019.

“Our growers are some of the best … but in the end you can only control so much when you’re involved in agriculture,” Adams said. “That’s really the challenge.”

(This story corrects the marketing years for California almond farmers0