The labor union ran a poll among its members recently and found 84% of workers had not received masks from their employers. Cal/OSHA passed a regulation last year requiring employers to provide N95s when the air quality index hits 151.

UFW said Cal/OSHA is putting workers “in grave danger” by not being in the fields to proactively monitor the situation. It said it had secured 50,000 N95s to distribute.

Keep in mind: Less than 1% of farmworkers belong to a union.

By the way: The California Fresh Fruit Association and California Farmworker Foundation announced yesterday they have distributed 50,000 N95s and surgical masks to ag employees across the Central Valley. This adds to a number of efforts from other ag groups as well as CDFA.

On that note: Gov. Newsom announced yesterday a new agreement with a medical company to more than double the amount of COVID-19 testing in the state.

Assemblymember Lorena Gonzalez of San Diego said this would help Latinos, who “perform the essential work in our agricultural fields, our garment factories and our meatpacking plants.” She added that “our essential workers will have more access to information to protect themselves.” 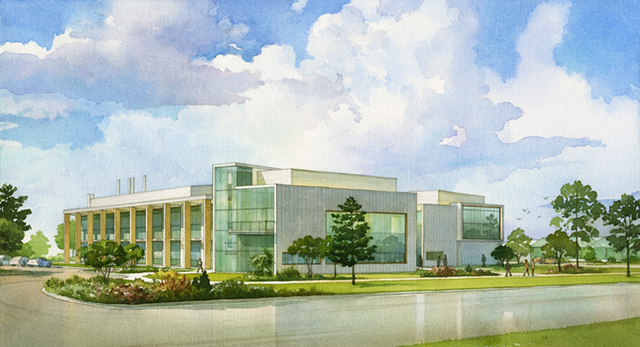 USDA broke ground in Salinas yesterday for a new center dedicated to ag research and technology. The building will add new labs and greenhouses to an existing crop protection lab in the Central Coast city.

An administrator for the USDA Agricultural Research Service said this will expand on longtime partnerships with UC Davis in fruit and vegetable research.

Remember: Western Growers has crowned downtown Salinas with its Center for Innovation and Technology. The addition of the ARS facility will increase the tech and research foothold in a region where automation is often seen as the next evolution in food production.

A new report released by the American Society of Civil Engineers and Value of Water Campaign suggests the federal share of capital investment in water infrastructure should increase drastically to fight an aging system.

“In 2019, total capital spending on water infrastructure fell $81 billion short of the capital need,” the report notes. It further stated if funding needs and infrastructure investment trends continue, the annual gap will grow to $136 billion by 2039. In 2017, the federal share of capital investment was 4% compared to 31% in 1977.

This report is one of five studies in the series that ASCE will release this year. Other studies will address electricity, surface transportation, ocean ports and inland waterways.

On a webinar about the report, Democratic Rep. John Garamendi of California urged the Senate to take up the House’s $1.5 trillion infrastructure bill passed in July and said it could be financed with long-term debt as well as pulling back what he called unnecessary benefits given to the super wealthy.

A Black farmers group is suing Bayer, claiming the chemical giant put their lives and livelihoods at risk by downplaying the risks of Roundup and its active ingredient, glyphosate.

The company “did not provide the safety training necessary to use these products, meaning that Black farmers have, for decades, been exposed to dangerous chemicals that are becoming more and more dangerous with time,” says the lawsuit, filed in federal court in St. Louis.

The National Black Farmers Association is the plaintiff.

Bayer says that “racism has no place in our society or at Bayer” but portrays the lawsuit as a baseless legal maneuver by the two law firms that are handling it. Bayer says those lawyers “are holdouts in the Roundup product liability litigation, and people should see this action for what it is – an attempt by plaintiffs’ lawyers to use media and more litigation to further their own financial interests.”

Twenty-four senators led by Tina Smith of Minnesota and Republican Mike Crapo of Idaho are calling on USDA and U.S. Trade Representative to ensure Canada complies with the dairy import quotas set out in the U.S. Mexico-Canada Agreement.

Canada “cannot be allowed to administer TRQs in a manner that discourages utilization or restricts the ability of the U.S. dairy industry to completely fill the established TRQs at advantageous price points,” the letter reads.

The letter also asks the administration to enforce Canada’s elimination of Class 6 and 7 milk pricing classes and ensure Mexico carrels out commitment in two side letters on commonly used cheese terms.

The latest forecast of U.S. ag trade is out from USDA and the news is decidedly mixed when it comes to China. Thanks to the growing demand for corn and soybeans in China, USDA estimates that U.S. ag exports will rise $5.5 billion to $140.5 billion during fiscal 2021, which starts Oct. 1.

But, but, but: Total agricultural exports to China are forecast at just $18.5 billion in FY21. That’s up from $14 billion in FY20, but the projected increase is nowhere close to what’s needed to meet China’s “phase one” commitment to buy $80 billion in U.S. farm goods over 2020 and 2021.

Pat Westhoff, director of the Food and Agricultural Policy Research Institute (FAPRI) at the University of Missouri, said the forecast “seems inconsistent with reaching the phase one targets.”

There’s this: The increase in China sales would preserve a small U.S. agricultural trade surplus for another year. Agricultural imports in FY 2021 are forecast at $136 billion, $4.3 billion higher than FY20.

Read our coverage of the report here.

Speaking of China, the Commerce Department announced Wednesday it is punishing 24 Chinese companies for their support of China’s efforts to build up artificial islands in the South China Sea, ratcheting up already tense relations between the two countries.

But conflict over the islands, COVID-19, Hong Kong and other issues doesn’t seem to be affecting agricultural trade. The USDA announced Wednesday another large daily sale of 400,000 metric tons U.S. soybeans to China.

During Day 3 of the Republican National Convention, a Minnesota logger and truck driver credited President Donald Trump with reviving the forestry products industry in his region.

“Under President Trump, we’ve seen a new recognition of the value of forest management in reducing wildfires,” said Scott Dane. “And we’ve seen new support for our way of life—where a strong back and a strong work ethic can build a strong middle class.”

“I had a bear problem. The bear broke into the cabin, decided it was hungry. So I had to deal with that late last night. And I'll probably go back and deal with the bear later today.”—Rep. Garamendi, speaking from his family’s fourth-generation ranch during the ASCE Zoom meeting yesterday.