Many in the hemp industry are worried a new Drug Enforcement Administration rule will make processors vulnerable to enforcement under the Controlled Substances Act, and some are looking at filing a lawsuit to challenge it.

The Aug. 21 Interim Final Rule, which was effective upon publication, says “cannabis-derived material” must not have more than 0.3% of delta-9-tetrahydrocannabinol (THC) by dry weight, citing the 2018 farm bill as its authority. Delta-9 THC is the psychoactive chemical found in marijuana in much higher concentrations than hemp.

Specifically, the rule says “a cannabis derivative, extract, or product that exceeds the 0.3% D9-THC limit is a schedule I controlled substance, even if the plant from which it was derived contained 0.3% or less D9-THC on a dry weight basis.”

The farm bill defines hemp as containing “not more than” 0.3% of D9-THC by dry weight. Anything over that limit is considered a controlled substance.

DEA says in the rule it’s simply updating its regulations to conform to the changes made in the farm bill, but some in the hemp industry say DEA is making new law, pointing to the farm bill language.

“They’re creating stuff that’s not in the farm bill at all,” says Eric Steenstra, president of the advocacy group Vote Hemp. “Even more offensive is that they did this without notice and comment rulemaking,” making the new regs effective immediately (although DEA does ask for comments). The farm bill defines hemp as including derivatives and extracts.

Steenstra says he’s been working since late last week with a group of hemp industry attorneys to coordinate a lawsuit.

“Things are moving fairly quickly” on the lawsuit, he says. “We’re not going to take this one lying down.”

Steenstra says a lawsuit must be filed within 30 days of the Aug. 21 rule, but “the sooner [it’s filed], the better, as far as I’m concerned.”

The concern in the industry is that DEA could come into hemp processing operations and test materials that have not been turned into a final, market-ready product.

“There’s a fear they could show up in middle of the process,” Steenstra says. And Daniel Shortt, an attorney specializing in cannabis policy with Harris Bricken in Seattle, tells Agri-Pulse “I do think there’s a risk” that DEA could come into shops and charge processors with violating the Controlled Substances Act.

One hemp group, the National Industrial Hemp Council, says it is “continuing to look at this and take a thoughtful approach. We remain committed to engaging with the DEA and our members to develop the best policy outcomes for the CBD industry.”

But the problem, Shortt and others in the industry say, is that THC levels can change during processing of hemp or even when the plant is impacted by heat or temperature. 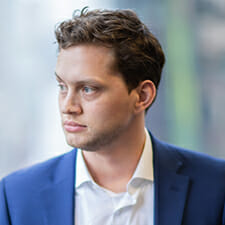 DEA’s defining of a “a cannabis derivative, extract, or product” as a controlled substance if it exceeds the 0.3% limit “may appear to make sense on the first reading, [but] it is actually a radical and unsupported interpretation of the farm bill,” cannabis attorney Rod Kight said in an online commentary on the rule, which he said “threatens to destroy the hemp/CBD industry.”

He says the rule targets “work in progress hemp extract (WIPHE)” that contains THC above the 0.3% legal threshold. “WIPHE means extract of hemp in a partially processed state that is not intended for consumer use or consumption,” Kight says.

“Under almost any normal hemp extraction and manufacturing process it is impossible to avoid a stage in which the extract is both ‘wet’ and within the 0.3% THC limitation,” Kight wrote. Processing hemp for its oil “necessarily renders the hemp plant and its parts ‘wet,’” he explains.

Merely separating the THC-rich parts of the plant — leaves and flowers — from those parts with much lower levels — seeds, stems, and stalks — “increases the concentrations of THC despite not increasing the actual amount of THC,” Kight says.

The issue with THC levels, he says, “is compounded with contemporary extraction techniques, which use highly technical methods to separate and refine” the “desired” parts, such as cannabinoids, from the less valuable parts such as fibers and waxes.

It is “reasonable to assume that Congress intended for extracts to be produced and that such production will necessarily result in a stage during the processing phase when the extract contains THC concentrations in excess of 0.3%,” Kight says.

But the rule, says Shortt, “doesn’t take into account the possibility that delta-9-THC would be increased.”

Asked for comment, DEA spokesperson Sean Mitchell said it “understands the concerns of industry and we are looking at policy options in this space.”

While not willing to comment on its enforcement intentions as they relate to the rule, Mitchell also said, “In the midst of an opioid epidemic and the expansion of meth across the nation, DEA is focusing on disrupting and dismantling the Mexican cartels that produce and traffic these deadly substances in our communities.”

Hemp industry representatives are urging interested parties to submit comments on the IFR by the Oct. 20 deadline.