US unveils plan to address complaints over Mexican produce exports

The Trump administration on Tuesday released a multilayered plan to address complaints by Southeastern U.S. fruit and vegetable farmers that Mexican produce is flooding the market at unfair prices.

The plan, which involves the Office of the U.S. Trade Representative, the Commerce Department and USDA, elevates the threat of Mexican blueberries to primarily Florida and Georgia farmers, but also pledges to look into concern voiced in two recent hearings by producers of strawberries, bell peppers, and other seasonal and perishable products.

Most of the farmers and political leaders who testified at the USTR hearings asked the Trump administration to consider using its broad authority to hit Mexican produce with Section 301 tariffs, which are applied at the discretion of the president. Instead, the plan announced by the USTR relies on Section 201 of the Trade Act of 1974, which requires industries to petition the International Trade Commission to investigate the harm of imports.

“President Trump recognizes the challenges faced by American farmers and is committed to promoting and securing fair trade and a level playing field for all American producers,” USTR Robert Lighthizer said in a statement. “(Agriculture) Secretary (Sonny) Perdue, (Commerce) Secretary (Wilbur) Ross, and I are fully engaged in this effort.”

Trump hit a broad array of Chinese goods with Section 301 tariffs in 2018, and that was the model that many Southeastern farmers advocated for in dealing with Mexico’s produce exports.

In the case of blueberries, the USTR says it will directly ask the ITC to begin a Section 201 investigation. For strawberries, bell peppers and other produce, the USTR says it will “pursue senior-level government-to-government discussions with Mexico” as well as work with farmers in efforts “which could enable an expedited Section 201 global safeguard investigation later this year.”

But it’s unclear if that will satisfy farmers.

“As a result of the unfair trade advantages … fresh strawberry imports from Mexico have increased 417% between the years 2000 and 2019, and, while Florida’s strawberry growers lost 36% in market share, in that same timeframe Mexico increased 264% in market share,” Kenneth Parker, executive director of the Florida Strawberry Growers Association, told USTR in a recent hearing. “I therefore respectfully ask USTR to launch a section 301 investigation to redress these concerns.” 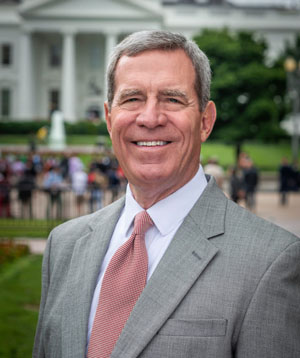 Corn Refiners Association President and CEO John Bode reacted very favorably to the USTR’s new plan for Mexico, but he was one of the few witnesses in the hearings who urged the Trump administration to use caution in dealing with Mexico. Witnesses like Bode and Jaime Castaneda, senior vice president for trade policy at the U.S. Dairy Export Council, warned that new tariffs on Mexico could result in costly retaliation.

“As the administration weighs potential next steps on measures related to the topic of seasonal produce, it is critically important that you fully consider the potential for unintended consequences for other U.S. agricultural sectors, including the U.S. dairy sector,” Castaneda said in an Aug. 20 hearing. “In particular we urge you to avoid steps that would once again put dairy producers and processors in the crosshairs of a trade dispute with Mexico.”

Bode warned of the potential for “great collateral damage" in the August hearing. On Tuesday, he said: “This evening’s announcement by U.S. government agencies outlining rigorous trade compliance and trade enhancing activities are in the best interest of all of American agriculture and American consumers.”

Under the plan unveiled Tuesday, the Commerce Department promises to “establish an outreach program to connect with Southeastern and other growers of seasonal and perishable fruits and vegetables” and create “a formal channel for stakeholders to provide information related to unfair subsidies for foreign producers and exporters."

USDA pledges to devise new ways for Southeastern farmers to market their fruits and vegetables and look into any “criminal activity” associated with produce trade. And the USTR will put together an interagency working group to monitor Mexican exports and provide support to lawmakers who may want to develop new legislation.