The industrial hemp industry’s “green rush,” which began in mid-2017, has cooled, at least for those growing hemp for the cannabidiol (CBD) market and many companies that process it.

While it is difficult to get accurate data from the fledgling and highly-complex market, industry estimates for 2020 acreage predict a 40-50% drop in planted acres from last year.

Bryan Hurlburt, Connecticut commissioner of agriculture and chair of the Plant Agriculture and Pesticide Regulation Committee, which has jurisdiction over hemp for the National Association of State Departments of Agriculture, likens the current hemp market to an early stage bubble.

“There has been a rush to get into the market — see if it’s viable,” Hurlburt says. “The market will settle. Some will get out. Others will expand.” Hurlburt believes much of the shakeout is yet to come, although COVID-19 could be hastening the process. “In a couple of years, we will have a much more stable market,” he says, as genetics improve and current regulatory issues are sorted out.

Tim Gordon, chief science officer for Functional Remedies, in Superior, Colo., has 100 employees who grow hemp on 65 acres and process it into CBD products. Last year, Gordon says, lots of small companies across the United States that had extractors promised growers they would purchase all of their hemp, but they didn't put it in writing. Instead of getting the verbally promised $50 per pound, many growers got $10 per pound or less.

“The (CBD) companies didn’t purchase the biomass at the price they said they would because there were not enough sales of oil at high prices,” Gordon notes. “People thought ‘I am going to grow CBD hemp. I am going to make lots of money.’ And then the following year, they were done.”

Hemp is grown for three primary markets: CBD, which accounts for over 90% of the product grown; grain, which uses about 5% of the hemp grown; and fiber and other uses, which account for the remaining 5%, according to estimates from Vote Hemp.

The 2019 harvest of hemp CBD resulted in a vast surplus of product and a lot of pain due to speculative cultivation that failed. Caren Wilcox, executive director of the U.S. Hemp Growers Association, notes that the 2019 surplus was expected due to the sheer number of new entrants trying to strike it rich. “A lot of the 2019 crop was carried over on farms,” she says. “A lot of people still have it.”

Eric Steenstra, president of Vote Hemp, estimates that growers planted about 300,000 acres in 2019, but that the entire CBD market can be supplied by less than 100,000 acres. “There was probably two to three times more hemp harvested than what the market needed last year,” Steenstra says. “My sense is there’s still a lot in storage.”

From mid-2017 through fourth-quarter 2019, the CBD market saw explosive growth, but then things started to change.

“The pandemic flipped a switch on a growing industry,” Gordon says. “Many opportunities shut down as retailers shut down.”

Consumers, nervous about the virus, shifted their purchasing online, and many sellers without existing e-commerce infrastructure were forced to seek more capital or close their doors. “Hundreds of companies (selling CBD products) have been affected by the virus, and there will be hundreds more,” he adds.

According to Grandview Research, the global cannabidiol market was valued at $4.6 billion in 2018 and is expected to grow at an average compound annual rate of 22.2% from 2019 to 2025. While many manufacturers could declare bankruptcy this year, Gordon says that actual CBD sales may not drop in 2020 because companies with e-commerce capabilities are seeing increasing sales.

Hemp growers who sell to the grain market, which is much smaller than the CBD hemp market, have fared much better. “The grain market is much more stable,” Steenstra notes. “Growers in Montana and North Dakota have focused on that piece of the market and it hasn’t crashed. More people are growing under contract”

Roger Gussiaas, president of Healthy Oilseeds, in Carrington, N.D., has been making hemp oil since 2016, the year North Dakota implemented its pilot project. Farmers who grow hemp for the grain market have both male and female plants, unlike farmers growing for the CBD market who have only female plants to prevent seeds.

For the grain market, hemp seeds are cold pressed to produce oil, protein meal cakes and protein powder. The small but growing market for hemp oil, which is high in omega-3 fatty acids, can be used in salad dressings, as a supplement, as a carrier oil for CBD products, or as a lubricant in soaps. “In the beginning of the pandemic sales were down, but they have really picked up in the last few months,” Gussiaas says. “People want to be healthier.” The market for hemp protein is not as developed as for oil, but hemp protein could soon be approved as an animal feed for use in horses, dogs, and layers.

“Our price for contracted (grain) hemp has not dropped for at least a year in North Dakota and probably all over the country,” says Gussiaas. “If anything, prices have come up, and I expect them to go higher.” His current full production contracts on 3,500 acres pay growers 55 cents per pound of seed. The same contracts for organic seed pay $1.15 per pound. Gussiaas and Steenstra together estimate the farmgate value for U.S. grain hemp production at between $14 million and $15 million.

The fiber market is even smaller and less developed than grain hemp. IND HEMP in Fort Benton, Mont., just broke ground on a decortication plant that will process five tons of hemp straw per hour to separate the fiber — to be used in industrial products such as insulation and paper towels — from the inner woody core called hurd, which can be used as animal bedding, in 3D printing, and for building materials, according to Morgan Elliott, director of operations for IND HEMP. 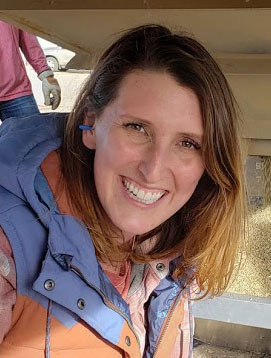 The firm has contracts with 30 hemp growers farming 9,600 acres, who will produce a dual crop for both the grain and fiber markets. In addition to the contracted price for seed, Elliott notes that contracts for hemp straw are typically 2-8 cents per pound. The grower’s profit on hemp seed oil is somewhere between $150 and $300 per acre. Farms growing dual crops typically make an additional $50 to $80 per acre net profit.

While U.S. demand for hemp fiber is exploding, most of it is imported from Europe and Asia, Elliott says, adding that her company’s decortication plant will be the first in the nation capable of providing supply chain stability.

While it is difficult to get accurate numbers on 2020’s planted hemp acres and estimated hemp production, the total licensed hemp acreage this year of more than 465,000 acres was down 9% from 2019 licensed acreage, the first drop since the country began growing hemp, according to 47 state departments of agriculture that reported figures to Hemp Industry Daily. But actual planted acres are likely substantially lower.

Steenstra estimates that 2020 U.S. acreage is probably down by 40-50%, and Wilcox notes that many who apply for licenses don’t plant. “We know that some people have cut back acreage quite severely but a number of states — Colorado, Oregon, Kentucky — have vibrant activity going on,” she says.

According to data from California’s industrial hemp program, the state, which began growing hemp last year, has a total of 26,226 registered acres this year, but not all were planted. For instance, in Sutter County, 1,584 acres have been registered but only 446.5 were planted, according to Sarah Light, an agronomist with the University of California Cooperative Extension in Sutter and Yuba counties. That compares to 820 acres planted to commercial hemp in Sutter County last year.

Like other states, California also has a 2019 carry-over, but unlike some other states there is also a processing bottleneck. “The infrastructure for extracting CBD has not been developed. Processing capacity is a limiting factor in California,” says Light. “We need more investment in research combined with a market shakeout to see what the true opportunities are.”

Colorado’s Gordon and others believe that California could eventually become a hemp global powerhouse. As federal and state regulatory environments become clearer, hemp production, processing capacity, and markets will follow.

“It will take time for prices to come back up,” Steenstra says. In the meantime, people are looking to develop new markets including “smokable hemp,” an herbal alternative to tobacco.

Until new and existing markets can generate enough demand, the 2019 carry-over will continue to weigh on the CBD hemp market. The supply of CBD products is also ample and processing capacity in many states is adequate for the end market. “The (CBD) companies that survive and are able to weather COVID will be able to serve the mass market in the future,” Gordon says.