US braces for new organic food fight with EU

The U.S. is willing to negotiate a new deal on organic standards with the European Union, but the outcome for an agreement in the years to come is uncertain. The EU has set a deadline of Dec. 31, 2025, for a new deal, but it’s still far from clear what exactly will be demanded of the U.S.

It took three years for the U.S. and the EU to come to a complex pact in 2012 that allows organic food and farming practices to be considered as equal on both sides of the Atlantic Ocean, but the EU is overhauling its approach to organics, and this time its setting the bar higher for equivalency agreements.

The first time around required the USDA and the European Commission to sign off on the deal, but now the EU wants much more, says Miles McEvoy, who led the negotiations on the U.S. side that produced the 2012 deal.

“The EU is requiring it to be a trade agreement, which means that there has to be congressional approval,” said McEvoy, formerly the USDA deputy administrator of the department’s National Organics Program and now the owner of Lacewing Auditing and Consulting in Olympia, Wash. “It’s a trade agreement, rather than an acceptance by USDA and the European Commission. That could make it very difficult.”

But the Trump administration, which is now going through the process of strengthening oversight of U.S. organic standards, is willing to talk. 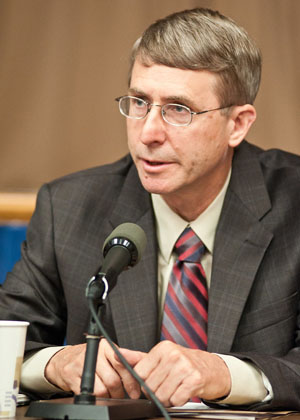 The Trump administration has told Agri-Pulse and the Organic Trade Association (OTA) that the USDA and the Office of the U.S. Trade Representative are willing to enter into new negotiations with the European Union over its plan to create new organic regulations, but negotiations haven’t yet begun.

“The USDA and U.S. Trade Representative meet regularly with EU organic program representatives, and will collaborate with the EU to renegotiate equivalence by the end of 2025,” a U.S. government official tells Agri-Pulse. “Given the significance of U.S.-EU organic trade, there is a shared interest between the governments in maintaining equivalence.”

But the stakes are extremely high as the world’s two largest organic food producing countries prepare to enter into what will likely be years of negotiations, and the outcome is not at all clear, says Alexis Carey, international trade manager for the U.S.-based OTA. The U.S. organic sector is generally in favor of an equivalency deal with the EU, but it’s also bracing for increased costs of doing business.

OTA has already been given funding by the USDA to do an impact statement on what it will cost U.S. producers to change the way they do business to meet the new European standards. That work hasn’t begun in earnest, says Carey, because the EU still has not divulged all of the implementing rules that U.S. producers and certifiers would need to adhere to. But expectations are not rosy.

“That will start hopefully early next year,” Carey said about the impact assessment. “What we’re expecting to hear from that is it will be really bad.”

But it’s impossible to know until the EU is more forthcoming about what it expects.

“They’re just dropping different parts of the regulations here and there,” she said. “So, we still don’t know how many of these are left and when they’re going to actually wrap this up. Once they do that, OTA has been awarded funding from USDA to do an analysis and a side-by-side evaluation of the standards.”

One big outstanding question is whether the EU will again agree to allow U.S. organic food producers to incorporate ingredients from non-U.S. companies. That was part of the 2012 agreement, says McEvoy, but it’s a big question this time around.

An important provision in the current equivalency agreement states that so long as the final processing or packaging of the product is completed in the U.S. and certified, then it will be accepted in the EU.

“If there’s a new agreement in 2025, you would hope that that would be included because it would be very difficult if it was not,” McEvoy said. “Both sides would have an interest in allowing products from third-party countries … in the final processed product.”

But U.S. and EU trade relations are strained now, and both sides continue to hit each other with new tariffs over steel and aluminum or airplane subsidies, and it’s impossible to say what the future holds.

“Organic is in a unique position in that the U.S. organic industry is so much more united with the EU on the general principles of agriculture than mainstream U.S. agriculture,” Carey said. “In a sense, you’d think we’re set up well, but that also sets us up for political roadblocks further down the line ... There’s just too many unknowns and it’s too big of a market to have any sort of strong idea which way the wind is going to blow once these talks begin.”

Still, the benefits of an equivalency agreement with a major trading partner are immense, McEvoy said. Without one, U.S. producers would incur more than twice the costs of doing business when exporting to European customers because certification costs are double.

“There’s so many benefits to it – there’s going to be a lot of support to figure something out to continue the (equivalency) arrangement,” he stressed.