The ongoing debate over climate change is complicating the search for ways to prevent the massive wildfires that continue to ravage rural areas across the West.

The opposing views were highlighted in recent days when California Gov. Gavin Newsom declared, “This is a climate damn emergency.”

But President Donald Trump, during a visit to California on Monday, said he and Newsom had “great cooperation” and then insisted that forest management was at the core of the problem.

“You know, you go to Europe — countries where they’re forest countries — and they’re very, very strong on management and they don’t have a problem,” Trump said.

"If we ignore that science and put our heads in the sand and think it's all about vegetation management, we're not going to succeed together at protecting Californians,” said Crowfoot.

The polarization is making it more difficult for politicians to find consensus — especially in a year divisible by four, according to industry sources.

“One side dismisses the other if they don’t share the same baseline beliefs, so that often stops the conversation,” said a lobbyist who asked not to be identified. “The reality is that both climate change and forest management need to be part of the same discussion.”

Here are the facts we know, based on state and federal reports and Agri-Pulse interviews with U.S. Forest Service officials and state leaders.

Yet, forestry and policy experts seem to agree that many different and complex factors need to be considered when you talk about managing forests and wildfires — rather than focusing on only one or two elements of the problem. 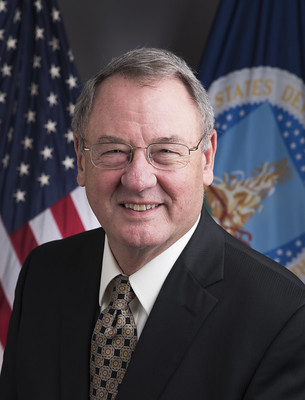 “The biggest part of our issue is the condition of the forest,” said Jim Hubbard, who oversees the Forest Service as USDA's undersecretary for natural resources and environment. “We have accumulated more trees for a variety of reasons. But as that forest grows and ages in the West, it's largely a disturbance forest. And that disturbance is typically fire or insects or disease. … That forest has reached the age where it is ready to be regenerated and that’s what's happening.

“The other part is what we call a fire regime or fire ecosystem. Fire is a part of the natural system and therefore, it still needs to be a part of that system to reduce that fuel loading. We would prefer to do that on a prescribed basis rather than a wildfire basis,” he added.

However, he said you can’t put a prescribed fire into some of the overpopulated forests because you first need to thin the forest and reduce the fuel load.

“It's reducing the fuel load by cutting trees that sometimes sparks controversy, and that sometimes prohibits or slows down the active management that we need to accomplish,” Hubbard said. “We also need to get to more acres.”

Hubbard said the Forest Service is doing as much as current budgets allow, but “we can’t handle it all with public dollars.” He said it also depends on what private citizens, who are increasingly moving to rural areas, do on their property and how viable the timber market is.

Hubbard would like to see a “little more latitude” on environmental clearances.

“I’m not proposing that we change environmental law. We need to comply with the law but not take so long to do it,” Hubbard added. “Sometimes it takes as many as 4 years to get a project accomplished.” 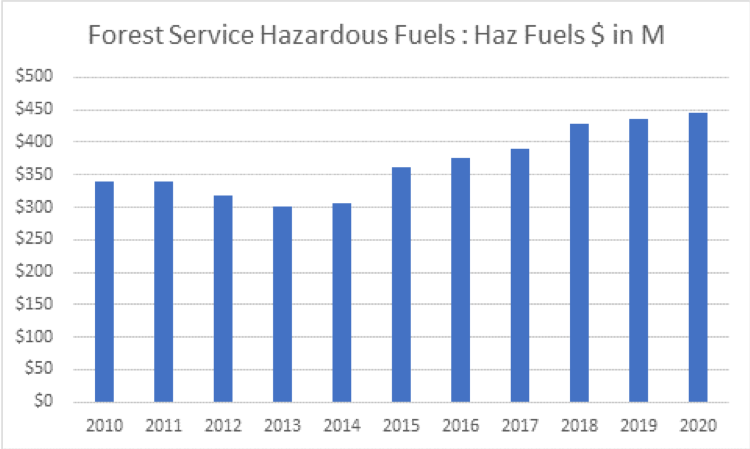 Robert Bonnie, who served as USDA’s undersecretary for natural resources from 2013-2017 during the Obama administration, said “this crisis has been 100 years in the making.

“The biggest cause has been the exclusion of fire from forests which has caused fuels to build up over decades and changed fire behavior, making our forests more vulnerable to insects and disease,” said Bonnie, who is now an executive in residence at the Nicholas Institute for Environmental Policy Solutions.

“Climate change causes those fuels to dry out faster and become far more vulnerable to fire,” he said. “The third problem is that we’ve built millions of houses near these forests and grasslands, which makes fires more likely and more expensive.”

“To solve the problem, we’ve got to reintroduce low-intensity fires back into these ecosystems,” Imbergamo said. “To do that, we often need to restore our forests by reducing fuel loads — this is where timber harvesting comes in. By thinning forests, we can restore their ecological health and reintroduce more natural fires, thereby keeping fuel loads low. We can also support rural economies and keep mills in business which we need to maintain healthy forests.”

Historically, there was a great deal of logging in national forests, which helped keep fuel loads down and provided good jobs in rural areas. At the peak, loggers harvested about 13 billion board feet of lumber from U.S. forests, but that number declined dramatically during the Clinton administration amid legal cases surrounding protection of the spotted owl and a roadless rule that set aside 60 million acres. Timber harvesting dropped below 2 billion board feet. 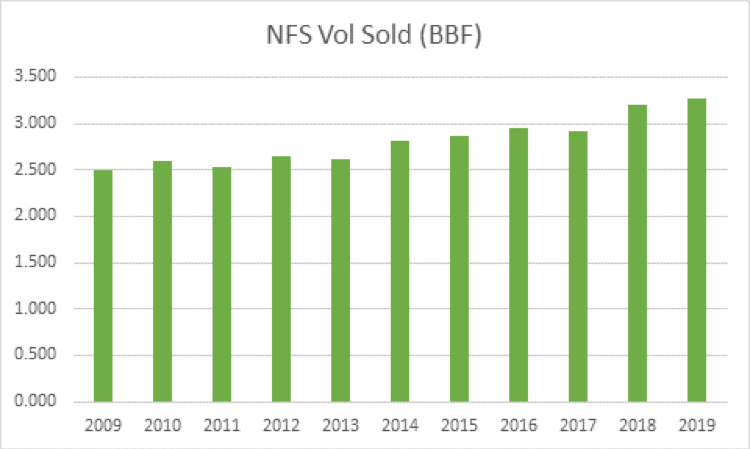 Since that time, national forest timber sales have increased but remain far below the 13 billion board feet peak. (See chart of National Forest Service volume sold.)

One bipartisan approach to forest management will be discussed during a hearing in the Senate Energy and Natural Resources Committee Wednesday. Sens. Dianne Feinstein, D-Calif., and Steve Daines, R-Mont., introduced their Emergency Wildfire and Public Safety Act, which aims to implement wildfire mitigation projects on 75,000 acres of land, plus provide energy and retrofitting assistance to businesses and residences to mitigate future risks from wildfire and power shutoffs. The House companion bill is being led by Reps. Jimmy Panetta, D-Calif., and Doug LaMalfa, R-Calif.

Hubbard said the legislation tries to address a few specific barriers, clarifying some of the litigation issues “so that we don’t spend our time in court. We spend our time on the ground, getting work done.”