Trump vs Biden on trade: A decision between tariffs or allies

President Donald Trump famously tweeted that trade wars “are good and easy to win.” It was a brash statement, but emblematic of his first term in which he either threatened or hit trade partners like China, Japan, South Korea, Mexico, Canada and the European Union with tariffs.

The process, while opening up U.S. farmers to retaliation, has resulted in major wins for increased trade, the Trump administration argues. Former Vice President Joe Biden strenuously disagrees and is emphasizing how he would not ostracize some of the country's most reliable trading partners.

Now voters are being asked to choose between incumbent Trump, who renegotiated the North American Free Trade Agreement, and Biden, who promises to be less dependent on tariffs and rely more heavily on traditional allies to take on China.

“What we have done is disarmed ourselves,” Biden told NPR’s Lulu Garcia-Navarro in an August interview. “We make up 25% of the world’s economy, but we poked our finger in the eye of all our allies out there. The way China will respond is when we gather the rest of the world, that in fact believes in open trade.”

The Biden campaign, in a recent submission to Farm Progress, said the former vice president would “stand up to China by working with our allies to negotiate from the strongest possible position.” 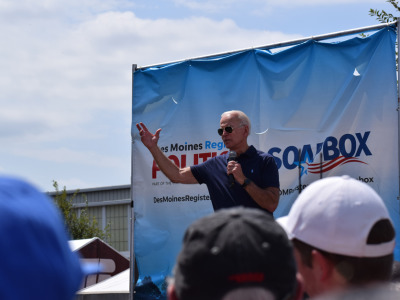 The European Union and Japan are also openly critical of China’s trade tactics that have fueled its trade war with the U.S., but the U.S. is also levying steep tariffs on European goods and threatened Japan with import duties.

But Biden is also walking a thin line on China — promising to crack down on the country, but not with tariffs.

“Agriculture lost billions of dollars that (U.S.) taxpayers had to pay,” Biden said, referencing the $28 billion that the Trump administration spent to help farmers make up for lost sales to China in 2018 and 2019. “We’re going after China in the wrong way. China is stealing intellectual property. China is conditioning being able to do business in China based on whether or not you have 51% Chinese ownership. That’s got to end.”

The Trump campaign argues Biden has only shown weakness on China, and the China trade war will ultimately result in a more level playing field.

Audra Weeks, a deputy press secretary for the Trump campaign, tells Agri-Pulse that Biden “sacrificed the success of American farmers to elevate China on the world stage for nearly five decades, enabling China’s unfair trade practices as America’s farmers struggled to stay afloat … The President’s proven commitment to strengthening trade relations worldwide will have a positive impact on the U.S. agriculture sector for generations to come, but Joe Biden would erase these historic wins for the farming community and instead continue to prioritize China’s interests over America’s diligent farmers, ranchers, and producers.”

The U.S. and China implemented a “phase one” trade pact in February. While it has been widely lauded for lifting Chinese restrictions on beef, pork, dairy, and other U.S. farm products, neither country lifted its tariffs.

China did promise to buy $80 billion worth of U.S. ag commodities over two years, and the country began to exempt some of its importers from tariffs on U.S. crops, but the impact of the trade war inflicted too much pain, says Biden.

“You think being tough with China is a trade deal that opens the door to big banks to make money in China?” Biden asked rhetorically in a Monday speech in Wisconsin. “That’s basically all we got out of it. A lot of … farmers and manufacturers went under, but guess what — starting a trade war leads to farm bankruptcies and throws American manufacturing into a recession.”

And China’s tariff-exemptions can’t be counted on to last, says Phil Karsting, a former administrator of USDA’s Foreign Agricultural Service.

“The temporary stay on tariffs — that’s ad hoc,” Karsting told Agri-Pulse. “It’s not transformational. It’s transactional. Ultimately, what can be given can be taken away with the stroke of a pen.” 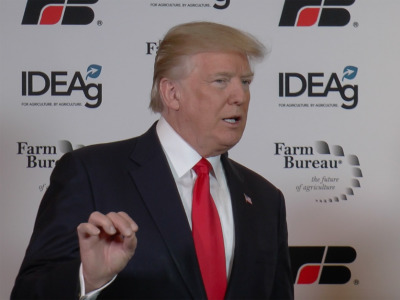 A more permanent accomplishment of the Trump administration is the U.S.-Mexico-Canada Agreement. The USMCA, which Trump called a “colossal victory,” got wide bipartisan support; even Biden admitted it is an improvement on the North American Free Trade Agreement.

“President Trump is delivering on his promises to America’s farmers and agriculture community, as he has taken unprecedented steps to modernize and improve trading practices and negotiate freer, fairer, and reciprocal trade agreements with our global allies,” Weeks said.

But the improvements for agriculture are minimal, says Joe Glauber, a senior fellow at the International Food Policy Research Institute and former USDA Chief Economist.

“What was done on ag was pretty minor and (USMCA) was modernized by taking provisions from the (Trans-Pacific Partnership),” Glauber said. “At the end of the day, the best thing you can say about USMCA is that it didn’t hurt us.”

Perhaps what pleased the ag sector most was that the deal preserved the virtually tariff-free ag trade between the three countries that blossomed under NAFTA, but there were also specific new gains for some commodities, such as new Canadian tariff rate quotas for U.S. milk, cheese, cream, skim milk powder, butter, ice cream, whey, poultry and eggs.

Canada agreed under USMCA to change its ways when it comes to grading U.S. wheat. Previously, U.S. wheat was automatically given the lowest feed grade possible, preventing farmers from selling top-shelf wheat for baking bread and making pasta.

And U.S. vintners were also winners in the pact. Canada bowed to U.S. demands that British Colombia stop barring grocery stores from selling U.S. wine on the same shelves as Canadian wine. Before USMCA, the province required U.S. wine to be displayed in a separate “store within a store” that is physically separated from the main retail outlet and has separate cash registers.