House Democrats are moving ahead with a new coronavirus aid bill despite failing to reach a deal with the White House. The new measure is scaled back from the HEROES Act that passed the House in May but would still cost $2.2 trillion, which is well above the amount Republicans say they could support.

The new bill contains numerous ag provisions that were in the earlier bill, including payments to contract poultry growers, new aid to dairy producers, and an expansion of the Soil Health and Income Protection program, a pilot set-aside program created by the 2018 farm bill.

The new version also includes a 15% increase in SNAP benefits as well as other nutrition assistance.

President Donald Trump and former Vice President Joe Biden meet tonight in Cleveland in the first of three presidential debates. Moderator Chris Wallace of Fox News has said the topics they’ll be questioned on tonight will include the economy, COVID-19, and the Supreme Court.

We’ll be watching to see if China and trade policy will come up,  given the importance of the battleground Midwest states. Trump, of course, has been trying to make the case that Biden will be weak on China. Biden has promised to end Trump’s tariff war.

Join us at noon EST today for a preview of election issues that affect rural America and manufacturing. Rep. Xochitl Torres Small, D-N.M, Rep. Dusty Johnson, R-S.D. and Kip Eideberg of the Association of Equipment Manufacturers will be participating.

Register for the webinar here. 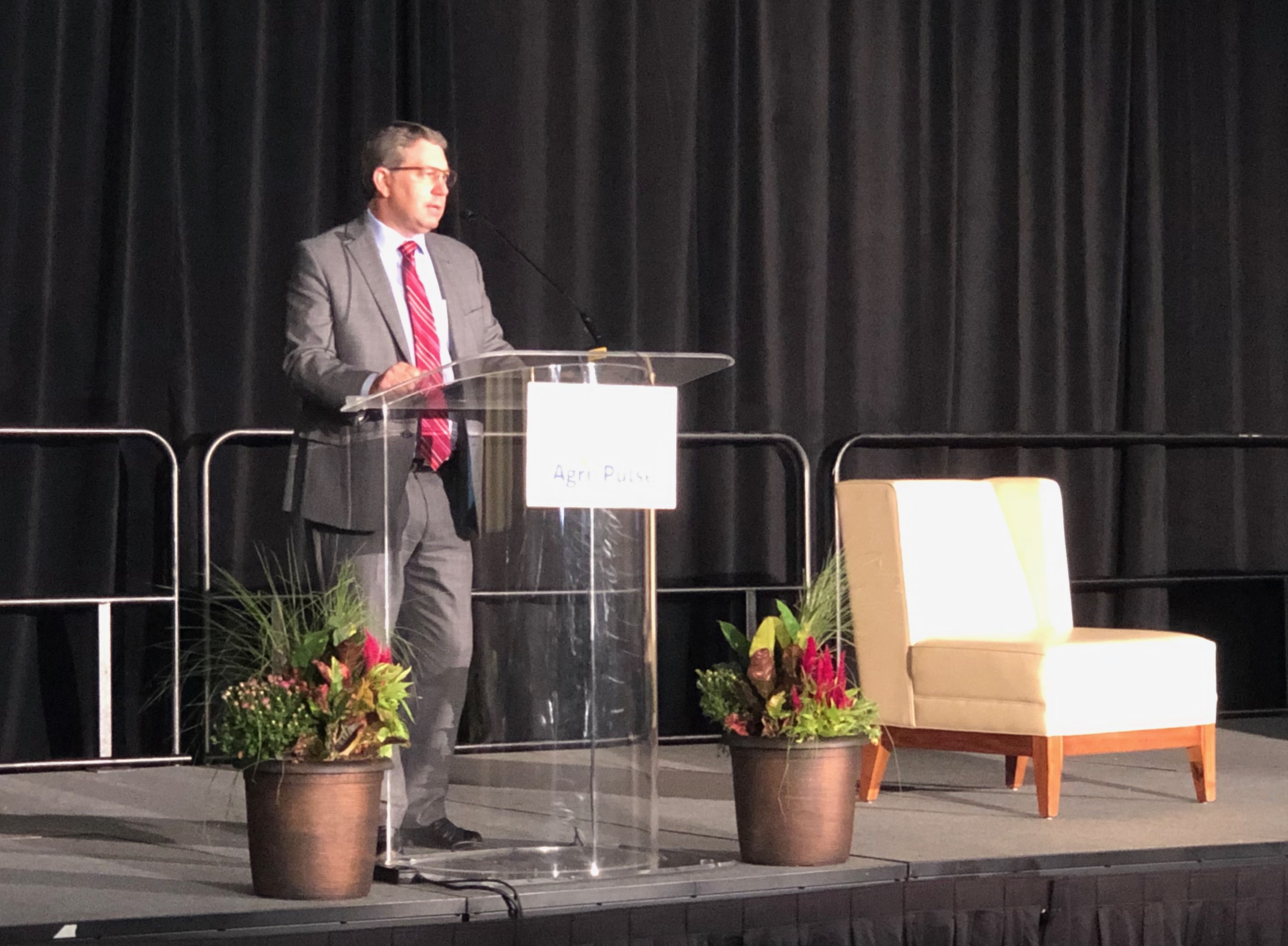 Doud: Kenya a pilot project’ for the U.S. in Africa

One key demand from the U.S. as it negotiates a free trade agreement with Kenya is that the East African nation abolish its ban on most biotech crops. And the U.S., where most farmers depend heavily on GMO seeds, would like to see a success in Kenya spread throughout Africa, says Gregg Doud, the U.S. Trade Representative’s top agriculture negotiator.

“That’s our first entrée into the continent of Africa,” Doud said at the annual Ag Outlook Forum hosted Monday in Kansas City by Agri-Pulse and The Agricultural Business Council of Kansas City.

He said that a successful deal with Kenya would send “a really strong signal … with regards to the use of technology and agriculture.” That in turn could lead to deals with other African countries, many of which still follow in the footsteps of the EU, which openly distrusts biotechnology.

Deputy Agriculture Secretary Steve Censky says USDA sees no need to do another round of Market Facilitation Program payments on top of the additional coronavirus relief that producers will be collecting this fall.

The MFP was created in 2018 and repeated in 2019 to compensate farmers for losses due to China’s retaliatory tariffs and other trade barriers. “We have our exports that have been growing, and we expect to see those continue to grow, and we see no need” for more MFP payments, Censky told Agri-Pulse at the Kansas City forum.

Sutter, speaking at the Ag Outlook Forum said, “As far as the actual trade goes, I think it’s unlikely that China will import half of the two-year commitment of the ‘phase one’ deal in the first year.” China pledged to buy $80 billion worth of U.S. ag goods throughout 2020 and 2021.

Sutter predicted China would import 36 million metric tons of U.S. soybeans this calendar year – roughly the same amount as the country imported in 2016, according to USDA data.

Keep in mind: China would have to buy $4.5 billion a month in U.S. farm commodities to meet its “phase one” commitment, said John Newton, chief economist of the American Farm Bureau Federation. China imported just $7.7 billion from January through July. 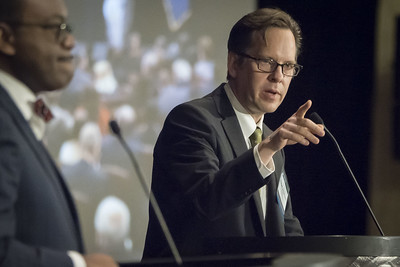 Speaking at the Kansas City forum, he said about $6 billion in payments from the second round of the Coronavirus Food Assistance Program would reach farmers in the first part of 2021. The enrollment deadline is Dec. 11.

Johansson expects higher revenue next year for livestock producers, but net farm income is expected to be down because of an overall decline in government payments.

Ag loan demand has continued to decline in Texas, northern Louisiana and southern New Mexico, the area that makes up the Federal Reserve Bank’s 11th District.

“Loan renewals or extensions increased this quarter while the rate of loan repayment continued to decline,” the Dallas Fed reports in its latest ag survey. “Loan volume decreased across all major categories compared with a year ago.”

“We are just trying to ride out the year and, hopefully, press ‘reset’ for 2021,” said one banker who was surveyed.

China gets new WTO review of its wheat and rice subsidies

The World Trade Organization has agreed to China’s request for a compliance panel to review whether or not the country successfully responded to a previous ruling to reform the way it calculates support prices for wheat and rice farmers. The U.S. alleges China’s new way of setting the supports is just as flawed and unfair as the way it did before a 2019 WTO ruling that its subsidies were too high.

The U.S. says there’s no need for a review panel and demands the right to hit China with new tariffs for not abiding by the 2019 ruling. China says the U.S. is hypocritical to complain about Chinese subsidies, given the MFP and CFAP payments.

Joe Glauber, a senior fellow at the International Food Policy Research Institute and former USDA chief economist, says if the WTO compliance panel were to rule in China’s favor, the U.S. would only have to appeal to send the issue into “a black hole” because the WTO’s appellate court is not functioning – a result of the U.S. blocking all nominations.

The European Commission's approval of XtendFlex soybean technology for food, feed, import and processing will allow Bayer to launch XtendFlex soybeans next year in the U.S. and Canada, the company announced Monday.

The EU decision “was the final key market approval that we were awaiting to enable commercial launch,” Bayer soybean launch lead Lisa Streck said. Bayer expects to see 20 million acres planted in the U.S. and Canada in 2021.

The new soybean variety is built on the existing Roundup Ready 2 Xtend soybeans that tolerate glyphosate and dicamba, but adds glufosinate tolerance to the traits.

He said it: “If we can get that pilot project with Kenya right … then we can expand throughout the rest of the continent.” – Gregg Doud, USTR’s chief ag trade negotiator.