The coronavirus has changed countless aspects of American culture. The way we eat, shop, work, and socialize have all seen radical shifts since the pandemic hit American shores in January. But now, COVID-19 is turning its attention to another issue some say is ripe for radical reshaping: the beef cattle industry.

A slew of legislation introduced in the last six months addresses everything from how beef is processed to how live cattle are bought and sold in the marketplace. Make no mistake, the issues are not new — many corners of the sector have been pushing for various forms of change for years, even decades — but the spotlight shone on the industry in the wake of the pandemic is breathing new hope into the efforts to reshape it.

Many of the concepts in recent legislation from Sen. Deb Fischer, R-Neb., and Rep. Dusty Johnson, R-S.D., have been tried before, but a veteran cattle industry lobbyist tells Agri-Pulse the previous pushes got bogged down by a familiar foe: “Details … It’s always interesting to talk about concepts, and then you try to implement them into policy.”

When it comes to concepts, Fischer’s bill — the Cattle Market Transparency Act of 2020 — and Johnson’s — the Price Reform in Cattle Economics Act — have a number of similarities, namely the push to create a contract library for beef contracts similar to USDA’s library already in place for the pork sector. But perhaps the biggest difference is how Fischer and Johnson would address buying live cattle in the open cash market as compared to through private contracts; Fischer’s bill pushes for required regional minimums for participation in the cash market, while Johnson’s calls for a USDA study on the subject. 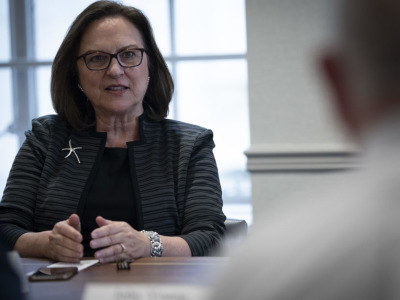 Therein lies the difference this time around; there seems to be optimism something can actually pass. It just might be a matter of when.

“We have a lot of members of Congress and Senators that are clearly responding to what cattle producers around the country have told them. They want to make progress on these issues,” Ethan Lane, vice president of government affairs for the National Cattlemen’s Beef Association, told Agri-Pulse. “They’re not happy with what this market has done to them in this last year, and they shouldn’t be.”

Some in the industry plan to push for less controversial provisions in the upcoming reauthorization effort for Livestock Mandatory Reporting, which many hope will be addressed later this year. (A continuing resolution to fund the government through Dec. 11 also included language to extend LMR funding for the same amount of time). But for some of the heavier legislative lifts, more time is needed.

“Optimistically, we’d like to get something done in the 117th” Congress that begins in January, Johnson said in an interview with Agri-Pulse. But even if that doesn’t come to fruition, he thinks his legislation offers “an incredibly firm foundation” for a livestock title in the next farm bill. The last two farm bills have been devoid of a livestock title and instead addressed livestock issues in the miscellaneous title, and the inclusion of such a title might reflect a new reality facing the protein sector.

Since the onset of the coronavirus, many different aspects of the beef supply chain have received scrutiny. The concentration of processing capacity in fewer, larger meatpacking plants has been criticized as a vulnerability after COVID-19 outbreaks stopped production at massive facilities. That, coupled with a 2019 fire at a Kansas packing plant, led USDA to issue a report this summer outlining a number of issues — price reporting and transparency concerns among them — which Fischer and Johnson both say they are trying to address in their legislation.

The American Farm Bureau Federation also released a study on the subject, and an NCBA working group has been working on policy of its own on negotiated cash trade that is expected to be released soon.

But the cattle industry, which is notorious for its infighting among different regions and sectors of production, will need to get on the same page for any one legislative vehicle to secure passage.

So far, Johnson’s bill — with the backing of both AFBF and NCBA — appears to have the most support, but Fischer said many groups have expressed interest in her bill as well. There’s also a host of bills from other lawmakers with scatterings of support from different industry stakeholders. In the meantime, lawmakers, lobbyists and producers alike will be forced to shift through several nuanced approaches.

Should cash trade be mandatory or voluntary? Should it be regional or national? How much cash trade should be on the table? And what about processing capacity? Should it be created through allowing state-inspected facilities to ship across state lines? Or should those facilities be provided the funds to bring their plants up to federal inspection protocols?

“We’ve got all of these solutions on the table, now all we need is for these groups to come together,” U.S. Cattlemen’s Association lobbyist Lia Biondo told Agri-Pulse.