The decline of ag? Newsom’s diesel ban brings a new level of uncertainty to growers and truckers

In 15 years all new tractors and pickups sold in California must be zero-emission vehicles under an executive order Gov. Gavin Newsom issued on September 23. In 2045, the same rule will apply to all commercial shipping and yard trucks.

The order doesn't stop at the California border. It would impact truckers entering California, requiring other states to also invest in charging stations and other infrastructure.

The agriculture and trucking industries are scrambling to understand the ramifications of the order as well as the many hurdles ahead. While urban areas have already started investing in charging stations for electric cars, that infrastructure does not exist where farmers and ranchers work.

Bringing the needed power lines to farms, retrofitting barns for the hookups and adding charging stations along roads in and around California would cost more than $10 billion, according to some estimates. Uncertainty also surrounds the utilities supplying the power — from planned shutoffs to rolling blackouts and controversial bankruptcies.

“We're setting ourselves up for a process that's going to lead to a whole bunch of unintended consequences,” said Matthew Allen, who directs legislative affairs for the Western Growers Association.

The cost for a yard truck at a food processing facility swings from $50,000 for a used truck to as much as $400,000 projected for a new electric version, with another $100,000 in infrastructure costs, according to estimates by the Air Resources Board (CARB).

“We're at a tipping point for agriculture, as it relates to the ongoing costs of compliance for all of these regulations,” said Robert Spiegel, a policy advocate for the California Farm Bureau Federation.

This comes as California agriculture anticipates at least $10 billion in losses — about 20% of the total farmgate value — due to the pandemic. Allen noted that restaurants are just starting to come back online, with some but not all opening at 25% capacity. 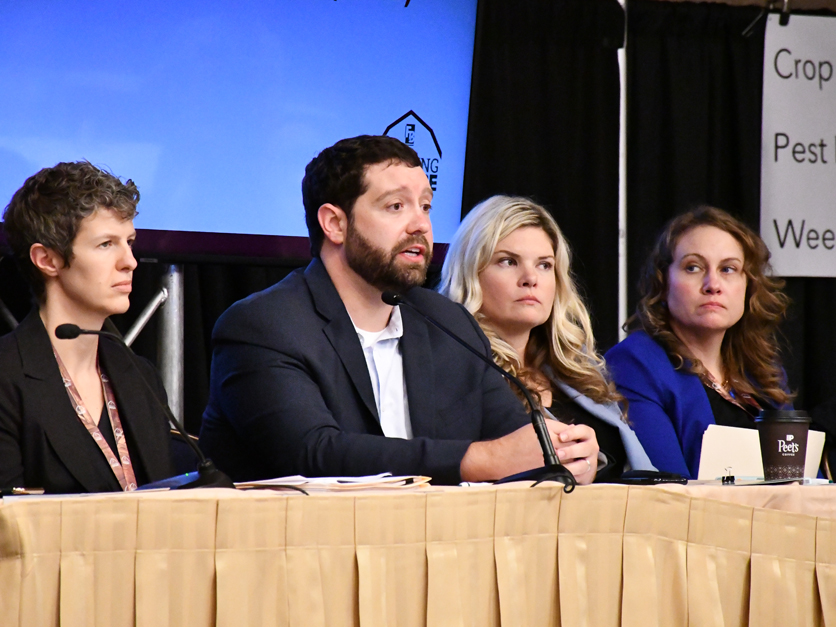 Unlike electric cars, zero-emission technology is not readily available for trucks and tractors.

“The commercial zero-emission truck market is trailing where light-duty passenger cars are by at least 20 years,” said Chris Shimoda, vice president of government affairs at the California Trucking Association. “There is no commercial electric or hydrogen fuel cell truck market today in the states.”

He expects the cost for an electric or fuel cell truck to be as much as three times that of a new diesel truck. Until fuel cell trucks are readily available, Shimoda envisions cleaner diesel trucks continuing to handle the longer haul operations. Zero-emission trucks would be ideal for smaller classes with short ranges and a centralized yard.

He said hauling ag products to ports with electric trucks presents a number of problems. The Port of Oakland, for example, has steep grades going into the Bay Area, requiring a fully charged truck for each direction of travel.

Some companies are experimenting with prototypes for medium- and heavy-duty trucks. Fewer have considered electric tractors and harvesters, with those being smaller European companies within only the last five years and not any major U.S. manufacturers. Spiegel said discussions are just beginning with those equipment manufacturers.

The technology still has far to go to meet the horsepower and torque needs for tractors and the reliability needs for commercial trucks.

“How long does it take to charge?” said Allen. “We're talking about fresh produce.”

American Coalition for Ethanol CEO Brian Jennings contends California and other states still rely to an extent on burning coal to generate the electricity that would power the charging stations. 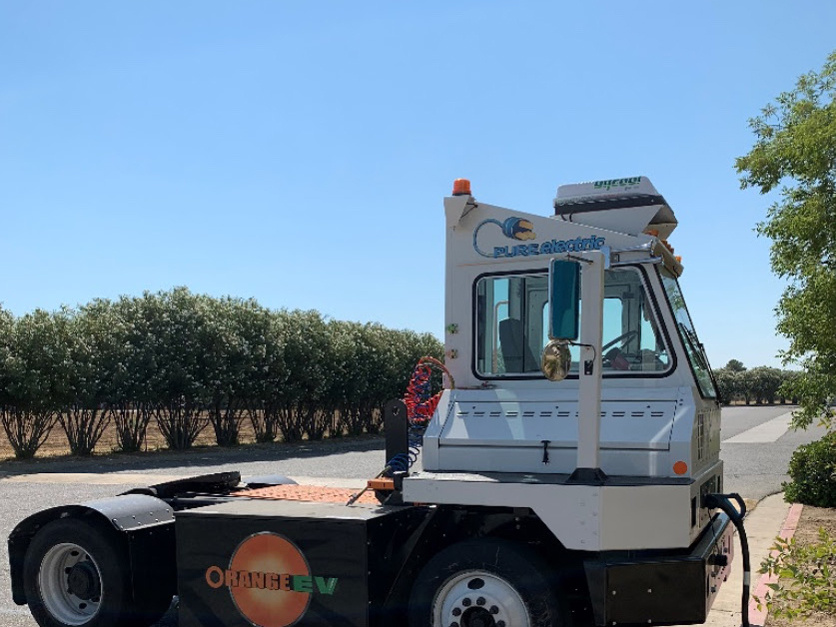 “That's hardly emission-free,” he said. “There's really no such thing as a zero-emission vehicle.”

Jennings added that California is putting a target on internal combustion engines when it should be working with the ethanol industry and automakers on ways to improve the fuel that’s already available. California currently prohibits E15, gasoline that contains 15% ethanol, he pointed out in an Open Mic podcast.

Newsom’s order upends other emissions reduction efforts. In the San Joaquin Valley, the air district has been working with farmers to upgrade enough trucks and tractors to tier four emissions standards to meet air quality requirements that take effect in 2023. Now those farmers will have to replace those vehicles with zero-emission, or tier five, versions a decade later.

“A tremendous amount of air quality benefits has occurred,” said Manuel Cunha, president of the Nisei Farmers League. “About 8,000 tractors have been replaced.”

He attributed the success to the voluntary approach the program has implemented over the last 15 years. While various state and local grants have played an important role, farmers have matched 50% of total funds. Cunha and the air district have also invested efforts in educating U.S. EPA officials about the needs of agriculture when it comes to lower emissions standards.

“We've done all sorts of pilot testing so we can understand how this equipment can work in our environment,” he said, adding that Newsom did not understand how his order would impact the industry. “We want to clean up the air. We want a clean environment. But at the cost of shutting down all of our farmers?”

While the focus has been on clean cars and trucks, CARB has also been implementing a rule to require refrigeration units on shipping trucks to go electric, requiring yet more charging connections at facilities.

Newsom’s order comes at a time when state funding for incentive programs has been drying up. CARB’s FARMER program for replacing tractors and other ag equipment saw a dramatic cut in funding when the state’s cap-and-trade market drew just $25 million in revenues to be split across many initiatives, from clean drinking water to wildfire management. Cunha argued the $2 billion already allocated to the state’s high-speed rail project from the fund should instead be spent on incentive programs like FARMER.

Gavin Newsom: Stepping into the center of California ag
Newsom's budget offers a few carrots. But farm groups fear the stick will be next
Farmers switching to green machines get a rare windfall of incentives dollars 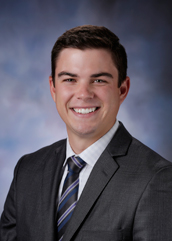 Policy advocates for agriculture worry CARB will reopen the rulemaking and require the industry to purchase carbon offset credits or require utilities to buy more credits, at an added cost to ratepayers. Utility fees — the highest in the nation — already cover the state’s investments in its Renewable Energy Portfolio and utilities’ wildfire mitigation activities.

Shimoda said the state should be prepared to do much more for incentives for commercial trucks as well. California currently offers about $200 million a year to incentivize zero-emission trucks. At that rate, CARB would need to spend about $2 billion a year to achieve the goal of upgrading just 15% of the overall trucks on the road, according to an agency estimate.

Shimoda noted that the state at some point will have to decide if infrastructure for charging electric trucks takes priority over spending on other crises, such as upgrading outdated electrical infrastructure to prevent wildfires.

Many other practical concerns are being raised for such high-end technology as zero-emission trucks and tractors, including the cost for specialized technicians to repair the equipment.

“Our guys are gear heads,” said Spiegel. “They like to tune and play with their equipment.”

Tractors often last 30 years this way, and because some equipment is used only during harvest season. Farmers are concerned that finding replacement parts for diesel engines would be increasingly difficult as the ban goes into effect. It is raising concerns about how prevalent the infrastructure for servicing and refueling diesel engines will be after the ban. While the rule does not take effect until 2035, it may be disincentivizing growers already from investing in new low-emission technology, said Allen.

Chris McGlothlin, a policy adviser for the Western Agricultural Processors Association, said the order will impact all agricultural equipment; ATVs and irrigation pumps fall under the same category as tractors.

Cunha said one ATV requires about nine batteries and costs around $15,000, about double a gas-powered ATV today. And manufacturers have been raising the price tag for the electric versions as CARB has implemented new mandates, he said.

Pickup trucks fall under the 2035 ban as well as the 2023 deadline for the valley air district.

Since the executive order was issued, CARB has made significant new developments that have broadened the range of facilities required to register and report the trucks they own and operate as well as contract with, according to McGlothlin. This could include company contracts with haulers and subhaulers as well as garbage pickup. Those companies must also convert to electric, at an added cost to the client companies.

The procedure Newsom chose for enacting the ban has raised questions as well. He charged CARB with the rulemaking process, which allows the public to weigh in. But many believe the process should be led by elected officials rather than appointed agency directors. The Legislature would instead run the measure through the appropriate policy committee to weigh the economic and social impacts, said Spiegel.

The executive order works by fast-tracking regulations that have long been in the works for CARB. The Advanced Clean Truck rule passed in June established thresholds for which industries and trucks would be incorporated into the zero-emission mandate.

“[The executive order] is going to be a broad brush for essentially all vehicles,” explained Allen.

CalEPA would need approval from U.S. EPA for a waiver allowing for the bans on combustion engines. That approval depends on the makeup of Congress and the executive branch over the next 15 years, including changes resulting from the November election.

Cunha argued CARB is overreaching in its rulemaking for the executive order and the waivers it does have are for reducing emissions but not for banning equipment.

“That waiver is going to be very tough to get, if we have anything to do about it,” he said.

“I can't compete against other states,” he added.

CARB has already begun the process of implementing the executive order, according to McGlothlin. Shimoda expects the board will consider new regulations before 2022.

In a meeting of the State Board of Food and Agriculture on Tuesday, CDFA Secretary Karen Ross emphasized the due process component of the order and regulatory process and that the administration will be working with the industry and manufacturers on the feasibility of the order.

"The words 'technically feasible' are there for a purpose," she said. "I understand that there's a little bit of static there. We want to make sure that there's a lot of upfront work and not just waiting for that process to start next year."