Prospects for farm labor reform may ride on election

Farm groups that have been appealing to the federal government for years to address a labor shortage could finally see some action from the next Congress should Democrats win control of the government, but any expansion of access to foreign labor will likely come with strings attached.

Meanwhile, farmers also could see some action from the Trump administration in coming weeks in the form of changes to the wage-setting process for H-2A workers; the Labor Department has yet to finalize a broad set of reforms to the program that were proposed in 2019.

The department’s rule has taken on increasing importance after the Agriculture Department announced it was discontinuing a farm labor survey DOL used to set the regional minimum wages farms must pay H-2A workers. The department needs to establish a new method of setting the wages, known as the Adverse Effect Wage Rate, or farmers will only have to pay the federal or state minimum wages.

Farm lobbyists who are following the issue say they don’t know what the Labor Department is going to do about the wage rate, or when. “We can expect that the final rule will provide more details of what to expect for 2021,” said Allison Crittenden, a director of congressional relations for the American Farm Bureau Federation. 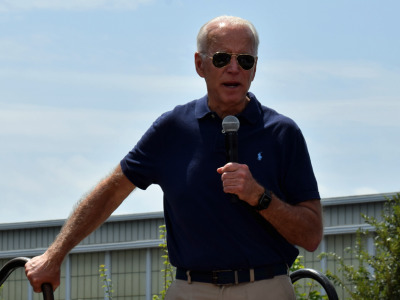 Meanwhile, Biden has promised to make comprehensive immigration reform an early and top priority of his administration if he wins election in November, and Democrats are expected to try to include provisions of the House-passed Farm Workforce Modernization Act, which passed the House 260-165 in 2019.

That bill, which had the support of several major farm groups, included provisions to make H-2A available for year-around workers on a limited basis. The measure also would provide undocumented farmworkers a path to legal status.

Democrats also may try to pass a sweeping new economic stimulus package if Biden wins the White House, and some progressives would like to see immigration reform included in the bill. Their argument is that many illegal immigrants have been serving as essential workers, including in agriculture, throughout the COVID-19 pandemic.

Lia Parada, director of government affairs for the Center for American Progress, a liberal think tank, said the FWMA is one of the measures being considered for early action in a Democratic Congress. FWMA “has been vetted. There has been bipartisan support. It’s very popular,” she said.

If Democrats win control of the Senate and retain control of the House, they’ll be in a much better position to pass immigration reforms than they were the last time they tried it in 2012. A comprehensive bill, which included a number of provisions negotiated by ag groups and the United Farm Workers, passed the Senate but died in the House, then controlled by Republicans, and never made it to then-President Barack Obama’s desk.

A farm group lobbyist who has been involved for years in H-2A reform efforts said in an email to Agri-Pulse that a Biden administration would likely “be more amenable to a ‘positive’ immigration reform agenda” but that passing H-2A reforms will require bipartisan support.

The lobbyist, who didn’t want to be identified, said it will take support from both Republicans and Democrats to address the farm labor shortage. Democrats traditionally will support legalizing existing farmworkers, while Republicans are more supportive of expanding H-2A. “It will take some of both to succeed, particularly in the Senate,” the lobbyist said.

But AFBF withheld its support for the bill, saying it didn’t do enough to reform the H-2A wage requirements and would allow H-2A employees to sue farms for allegedly unfair treatment. The Senate has never taken up the bill.

As for President Donald Trump, it remains to be seen whether he would be more supportive of compromise farm labor reforms if he wins reelection, the lobbyist said.

Responding to a Farm Bureau survey, the Trump campaign held out the prospect of addressing farm labor issues in a second term but linked its support to border security.

“Immigration reform must secure our borders and also ensure our system works for our economy, including making sure farmers have access to the labor they need. The Trump/Pence Administration is eager to work with Congress to finally deal with all these issues, and we think there will be opportunity to do just that in a second term,” the Trump campaign said.

H-2A reforms that the Trump administration proposed addressed some concerns that farmers had about the program but raised new issues. A plan to restructure wage requirements so there would be different rates for supervisors than field workers was met with criticism by some farm groups. AFBF’s Crittenden said it could wind up increasing labor costs. 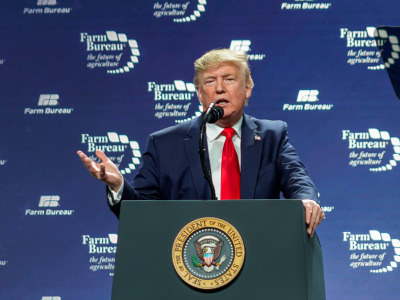 Even if Democrats win the White House and control of Congress, passing immigration reform wouldn’t be a slam dunk.

Senate Republicans could potentially block a stimulus package or immigration reform bill, unless Democrats abolish the filibuster. Democrats, who now control 47 Senate seats, are highly unlikely to win anywhere close to the 60 they would need to break a filibuster.

Parada, who worries it will be more difficult than in the past to find GOP support for immigration reform, says another option for Democrats is to move the stimulus package through the budget reconciliation process. Reconciliation measures need only a simple majority to pass the Senate, but provisions can’t be included unless they change spending or revenue.

Sara Neagu-Reed, associate director of federal policy for the California Farm Bureau Federation, said getting immigration provisions in a stimulus is “a bit of a far reach” unless the sponsors are working with Republicans.

It’s also not clear how a Biden administration would carry out his pledges to increase protections for farmworkers, who have received increased public attention this year because of coronavirus outbreaks on farms.

Mandating that farms pay workers overtime would require action from Congress. Farms have an exemption under the Fair Labor Standards Act.

Harris is sponsoring legislation called the Fairness for Farm Workers Act that would require overtime for farm employees who work more than 40 hours a week. She also introduced a bill recently that would require the Occupational Safety and Health Administration to set standards for measures such as paid breaks in cool spaces, access to water, and limits on the time a worker can be exposed to heat.