Congressional Democrats are taking Ag Secretary Sonny Perdue to task after he received a reprimand from a government watchdog agency for his remarks at a Food Box in August with President Trump.

The Office of Special Counsel determined Perdue violated the Hatch Act’s prohibitions on political activity and must reimburse the U.S. Treasury for the cost of his participation at the event. OSC did not specify an amount.

At issue: When commenting on Trump’s decision to add $1 billion to the Food Box program, Perdue said at the North Carolina event, “And that’s what’s going to continue to happen — four more years — if America gets out and votes for this man, Donald J. Trump.”

The reaction: Six House Democrats including Ohio Rep. Marcia Fudge, who chairs the House Agriculture Committee’s nutrition and oversight subcommittee, said “government officials in appointed, cabinet-level positions like Secretary Perdue should know better than to abuse their official capacity at the expense of American taxpayers.”

USDA did not immediately respond to a request for comment.

By the way: Perdue was questioned by reporters in Iowa on Thursday about holding events there and in Minnesota, two swing states, to announce grants for ethanol infrastructure. He suggested that criticism of his participation was “sour grapes.” He noted that he has made frequent trips to Iowa since 2017.

Ag groups are providing a white paper to both the Biden and Trump campaigns that lays out the concerns of farmers and issues that need to be addressed by policymakers.

The 12-page paper warns the farm economy is “poor and deteriorating” as the result “of trade retaliation, demand shifts resulting from COVID-19, and other causes.”

The paper then lays out ten policy priorities starting with providing vaccines and testing to help agribusinesses deal with the pandemic. Other concerns include trade policy, research needs, the farm labor shortage, rural broadband and “sustainability and climate.”

On the climate issue, the paper says the “United States can and should lead by continuing to identify and utilize sustainable agriculture practices that preserve and protect our air, soil and water.”

Agriculture is actually one of the bright spots in the rural economy, according to the quarterly report from CoBank, which provides financing to cooperatives.

“A weaker, steady dollar has supported a price recovery in most agricultural commodities,” the report says. “And despite the fact that China is unlikely to fulfill its 2020 phase one purchase obligations, sales to China have been incredibly strong in recent months.”

The ethanol has recovered to a “new normal,” operating at about 85% to 90% of pre-COVID demand levels, the report notes.

Other sectors: The report warns that the dairy sector remains volatile, while the beef, pork and chicken sectors made up some ground in the third quarter. Cotton and rice continue to face weak exports.

The picture is mixed for specialty crops, a sector hit hard by the Western wildfires. Retail demand for produce is higher than a year ago, but the restaurant sector continues to struggle, of course. 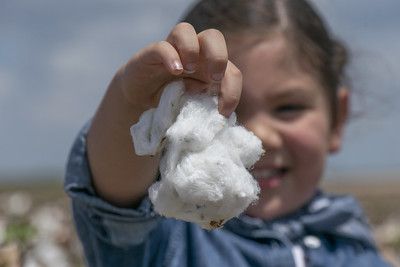 USDA’s first report on the second round of the Coronavirus Food Assistance Program shows $1.96 billion has been distributed so far. USDA eventually expects to pay out about $13 billion, and the signup deadline isn’t until Dec. 11.

Iowa farms have received about $208 million in CFAP-2, the most of any state and more than 10% of the total. Illinois is next with $177 million. About 35% of the CFAP-2 payments so far have gone to corn growers.

USDA is providing some new support for soil health practices through the Conservation Stewardship Program. The department has issued a final rule for CSP to implement requirements of the 2018 farm bill. The department made a few changes from an interim rule, one of which would put more emphasis on rewarding practices that improve soil health.

Trump pledged Thursday to keep U.S. tariffs in place on China during a second term. That fits with the posture taken by Vice President Mike Pence Wednesday night when he predicted that if Joe Biden were to win the election he would repeal the tariffs.

In an interview with Fox Business, Trump also predicted that China will not retaliate for the recent political animosity.

“They want to keep me happy because they know that I'm a hair-trigger when it comes to them and I'm sick of them,” Trump said. “Everything that we have – we have that COVID, the China virus – because of them.”

USDA reported export sales of about 2.6 million metric tons of U.S. soybeans – most of which were sold to Chinese buyers – from Sept. 25 through Oct. 1. Of that total, China purchased about 1.5 million tons.

Physical soybean exports were also strong, totaling about 2.1 million tons for the seven-day period. More than half – roughly 1.4 million tons – were shipped to China.

EPA will start taking comments today on its proposal to exempt from its oversight some pest-resistant plants that are developed with gene editing. EPA also has scheduled two webinars to discuss the proposal, on Oct. 14 and Oct. 22.

Industry groups have welcomed the plan, which follows similar steps taken by USDA to streamline the biotech regulatory process.

But Bill Freese, science policy analyst at the Center for Food Safety, an advocacy group, says EPA’s proposal would wrongly deregulate “pest-killing crop toxins created by newer forms of genetic engineering, as long as the toxin is like one found in a wild relative of the crop.”

He said it. “They’ll know my opinion on court-packing when the election is over.” – Joe Biden, when pressed by reporters about whether he would seek to expand the Supreme Court.