Deal on new aid package may slip to lame duck

Negotiations on a major new coronavirus relief package remain alive, but with the election less than two weeks away, chances are dimming that a deal can pass before the lame duck session in November and December.

Any agreement that does get enacted is expected to include additional funding for agriculture.

Sen. John Boozman, R-Ark., who is in line to become the top Republican on the Senate Agriculture Committee next year, told Agri-Pulse on Tuesday he expects bipartisan support for the ag provisions, although the House and Senate have taken different approaches.

“I don’t think anything is going to be done between now and the election. On the other hand, myself, Sen. (Pat) Roberts, Sen. (John) Hoeven and several others have been working really hard to make sure that ag is part of the next package that we do after we come back,” Boozman said. Roberts, R-Kan., chairs the Senate Ag Committee now, and Hoeven, R-N.D., chairs the Agriculture Appropriations Subcommittee.

Boozman said that the Agriculture Department has sufficient funding currently to address farmers’ immediate needs, including making payments under the second round of the Coronavirus Food Assistance Program.

USDA has made $6.1 billion in CFAP-2 payments so far, including $1.8 billion for corn, $1.4 billion for cattle, $688 million on soybeans and $626 million on milk, according to the latest weekly report. California’s total so far is $231M, including $147M in payments for “sales commodities,” the category that includes fruits and vegetables. The payments are eventually expected to exceed $13 billion. The deadline for applications is Dec. 11. 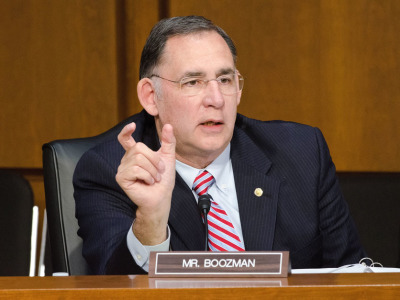 Iowa has the largest share of the total payments at $604 million, followed by Illinois at $433 million and Nebraska and Minnesota, each with about $428 million.

Senate Republicans have proposed to give USDA an additional $20 billion for coronavirus relief as well as broad new authority for the department to compensate ag processors and livestock and poultry producers for pandemic-related disruptions.

Earlier this month, the Democratic-controlled House passed a $2.2 trillion aid bill that would provide $19.8 billion in new ag spending, a similar amount to what the Senate GOP wants, but with far more specificity in how the money could be used.

In addition to authorizing payments to dairy farms, ethanol plants and textile mills, the Democratic measure, called the HEROES Act, includes $500 million for specialty crop grants, $350 million for local market support, and another $1.25 billion for contract growers of poultry and livestock producers who face revenue losses because of reduced placements.

The bill also would authorize a grant program to help small-scale meat processors become federally inspected so they can sell their products across state lines. The bill would expand the Soil Health and Income Protection Program, a land set-aside program authorized as a pilot program for the upper Midwest in the 2018 farm bill.

House Speaker Nancy Pelosi, D-Calif., backed off her Tuesday deadline for reaching an agreement with the White House on an aid package and talked to Treasury Secretary Steven Mnuchin Tuesday afternoon. 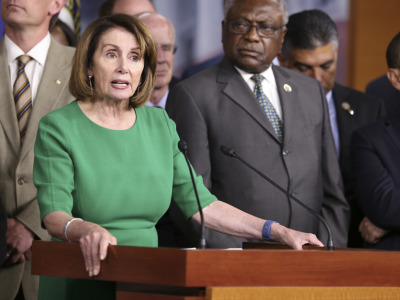 However, The Washington Post reported that Senate Majority Leader Mitch McConnell had advised the White House not to agree to a deal with the House before the election.

Many Senate Republicans don’t want to spend anywhere near the $2.2 trillion Pelosi has been demanding or even the $1.8 trillion Mnuchin has offered, and it’s not clear McConnell could get the votes necessary to pass a bill with the lower number.

An aid package would need 60 votes to pass the Senate, which means 13 Republicans would have to vote for it if every one of the 47 Democrats did so.

Senate GOP Whip John Thune, R-S.D., said Monday it would be difficult to get 13 GOP votes for a $1.8 trillion measure. But Sen. Kevin Cramer, R-N.D., wouldn’t rule out supporting a bill that big.

“The ship has sailed over how much we're gonna spend. We’re gonna spend a lot of money, and rightfully so, to try and bridge this economic gap that we're in,” Cramer told reporters Tuesday. "So my comfort level would depend more on what's the 1.8 trillion for, and how would it be used, and what kind of policies would be attached.”

Democrats faulted Senate Republicans. "McConnell and the Republican majority have failed to grasp the gravity of the situation from the beginning," said Minority Leader Charles Schumer, D-N.Y. "They put the Senate on pause for more than five months while cases went up and the death toll mounted."