Home » Daybreak Oct. 21: ‘We know we need to do more’
News Politics

Sen. John Boozman, who is set to take over as the top Republican on the Senate Ag Committee, next year is optimistic that Congress will provide more aid to farmers for the impact of the COVID-19 pandemic. The question is when a new aid package will pass, and that looks unlikely before the election.

“I don’t think we’re going to have a lot of partisanship in getting” additional ag funding, Boozman, R-Ark., said. Both Democrats and Republicans support providing about $20 billion in additional aid to the ag sector.

State of play: Senate GOP Leader Mitch McConnell is reportedly urging the White House not to reach a deal on an aid package before the election, but talks continued yesterday between House Speaker Nancy Pelosi and Treasury Secretary Steven Mnuchin and are scheduled to take place again today.

Senate GOP Whip John Thune, R-S.D., expressed confidence to reporters that a new aid package would eventually get enacted. “It's not a question of if, it's a question of when. We have to do more. We know that,” he said.

For more on the aid talks, plus looks at U.S.-Brazil trade issues and upcoming rural broadband funding auction, read our Agri-Pulse newsletter.

Roberts: My seat will stay GOP despite Dem money

Retiring Senate Ag Chairman Pat Roberts expects his seat to stay in the GOP column even though Rep. Roger Marshall is being out-funded by his Democratic opponent, Barbara Bollier.

“I think he’s ahead despite the deluge, but I think it’s a narrow lead and I think that’s just the way it’s going to be,” Roberts told Agri-Pulse.

Roberts argues that a lot of Bollier’s money is coming from outside donors who have an agenda that is not in line with the voters of Kansas. He sees Marshall’s race as reflective of what is happening to other Republicans across the country.

Meanwhile: Iowa Sen. Chuck Grassley is defending his Republican colleague, Joni Ernst, who is under fire for misstating the price of soybeans during a recent debate. (She blamed the misstep on a technical issue hearing the question.) Grassley says Ernst misunderstood the question. “I know she knows all about the price of corn and soybeans,” he told reporters.

We have more on the Iowa Senate race in the Agri-Pulse newsletter. 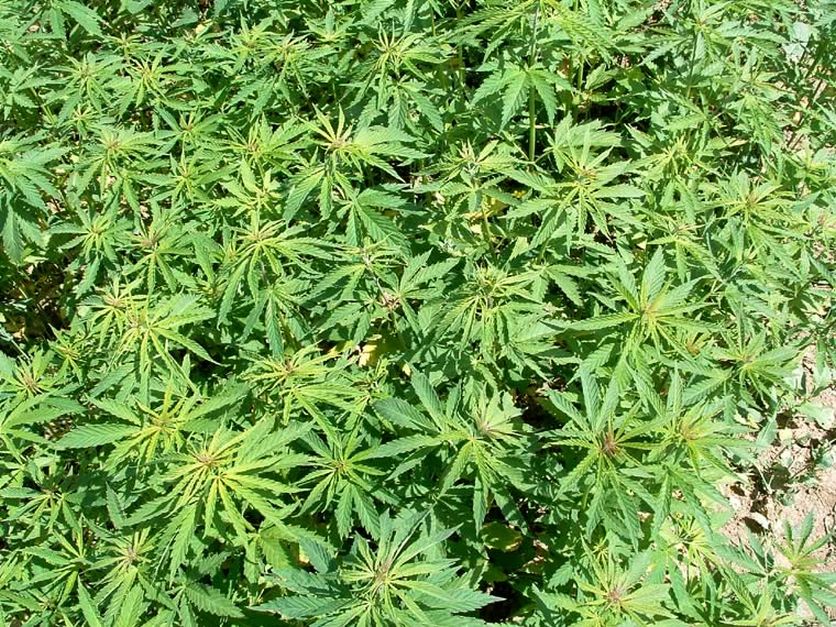 DEA under fire for hemp proposal

The Drug Enforcement Administration is getting an earful from the hemp industry for its interim final rule implementing the 2018 farm bill’s hemp provisions.

The Hemp Industries Association says in formal comments to DEA the IFR “improperly purports to criminalize hemp extracts in direct contravention of the 2018 Farm Bill, threatening lawful American businesses.” The U.S. Hemp Roundtable says, “In effect, the IFR could criminalize the initial stages of hemp extract processing, which is wholly inconsistent with the intent of the 2018 Farm Bill hemp provisions.”

The National Industrial Hemp Council is encouraging DEA to take an approach similar to USDA’s, whose own interim final rule includes a “safe harbor” provision specifying that “hemp producers do not commit a negligent violation if they use reasonable efforts to grow hemp and the plant does not have a THC concentration of more than 0.5% on a dry weight basis.”

Yesterday was the deadline for filing comments on the IFR.

By the way: DEA is facing lawsuits over the rule. HIA and RE Botanicals have filed a petition for review in the U.S. Court of Appeals for the D.C. Circuit, and followed that with a lawsuit in federal court in Washington, seeking to stop DEA from classifying intermediate and waste hemp material as Schedule I substances under the Controlled Substances Act.

US ag says forget the contingency plan, we need NAFTA
USDA, EPA need to do more on bees, GAO says

Grassley: US will get a good ethanol deal with Brazil

The new U.S.-Brazil trade protocols unveiled by U.S. Trade Representative Robert Lighthizer on Monday are “small potatoes” compared to ongoing negotiations for the U.S. to regain duty-free access for ethanol into Brazil, according to Chuck Grassley, who chairs the Senate Finance Committee.

But Grassley expects the U.S. to get a “good agreement out of Brazil” even if it’s the same tariff rate quota of 198 million gallons that has been in place for the past couple of years.

The Brazilian TRQ expired on Aug. 31 and a temporary 90-day quota went into place Sept. 11 to give negotiators time to talk.

Brazil seen unlikely to buy US soy despite tariff relief

Brazil has temporarily removed its import tariffs on soybeans and soy products, but that won’t likely spur purchases from the U.S., according to USDA's Foreign Agricultural Service. U.S. soybeans are as much as $25 per ton cheaper than Brazilian beans, but that doesn’t take into account freight cost.

Most of Brazil’s crushers are not close to ports and the cost of getting U.S. soybeans across the ocean and then inland is just too expensive for importers, says FAS.

“In addition, Brazil’s bulk grain and oilseed port terminals are set up specifically to handle exports, and reverse engineering the setup is time and resource-intensive,” according to the report. There’s also a biotech issue: Many U.S. soybeans contain biotech traits not approved by Brazil’s government, say the FAS analysts stationed in Brasilia.

BrightFarms, an indoor farming company producing packaged salad greens, says it has secured more than $100 million in debt and new equity capital to support expansion of its regional hydroponic greenhouses across the U.S.

The company said Tuesday the Series E round of funding was led by Cox Enterprises, which now owns a majority stake in the company, and includes a follow-on investment from growth equity firm Catalyst Investors.

BrightFarms distributes its products to more than 2,000 U.S. stores and expects to expand to more than 15,000 by 2025. The firm has indoor farming operations in Illinois, Ohio, Pennsylvania and Virginia, with three new farms currently under development in North Carolina, Massachusetts and Texas.

He said it: “He and I may not be the only members of the Reagan administration who are in senior positions here, but we are the best looking.” – U.S. Trade Representative Robert Lighthizer in a rare moment of public levity, talking about himself and National Economic Council Director Larry Kudlow.

The comment came in response to U.S. Chamber of Commerce Executive Vice President Myron Brilliant saying the two men were the only high-ranking Trump administration officials who also worked under Ronald Reagan.