The future of the proposed Temperance Flat Reservoir Project is in doubt. For 20 years investors for the project have had to focus instead on a cascading series of water crises.

Now the project is unlikely to meet a critical deadline for drafting an operating plan. It is not likely to move forward to the next stage of developing the project in conjunction with the Bureau of Reclamation, according to the reservoir authority.

The San Joaquin Valley has been facing a number of issues that are now forcing the water districts that would invest in the project to focus more locally. The top priority has been preparing plans for the Sustainable Groundwater Management Act. Safe drinking water and related water quality issues have also been growing in importance, especially in socially disadvantaged communities. Earlier, the San Joaquin River Settlement Agreement took much of the attention from the reservoir project.

In a Water Commission meeting yesterday, the authority’s Aaron Fukuda hoped that funds already invested in the project can instead go to benefitting the Central Valley in other meaningful ways. 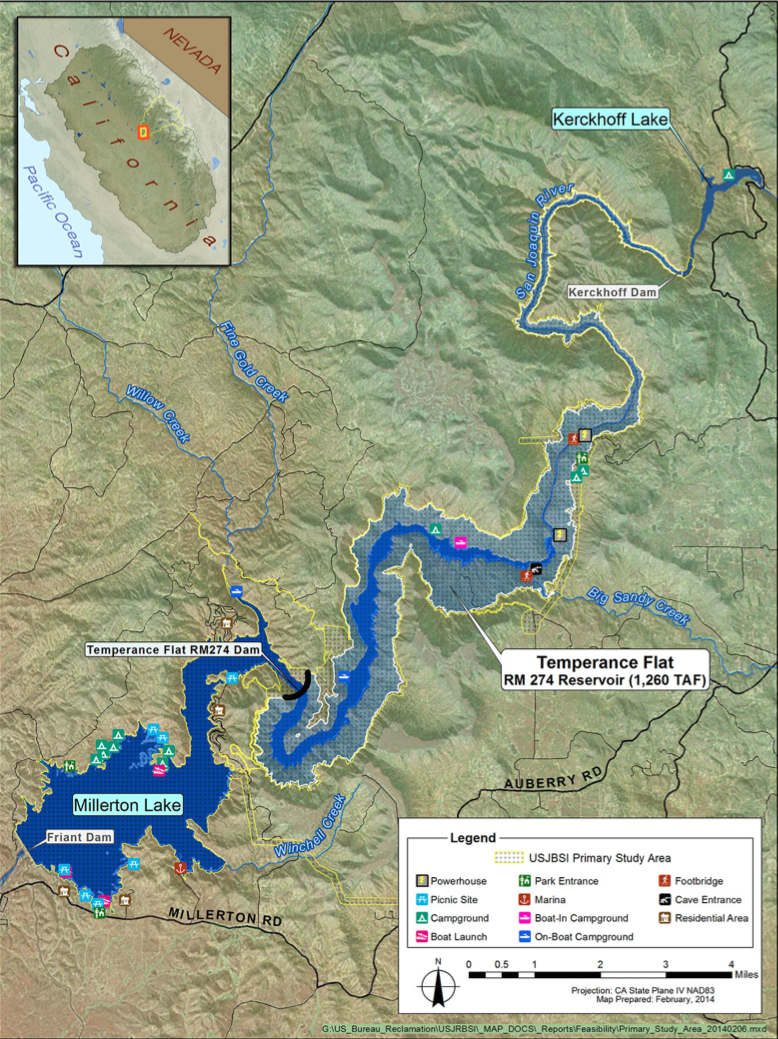 More lawsuits over chlorpyrifos in California

Corteva Agriscience is facing a new round of lawsuits brought on by families claiming that exposure to the insecticide chlorpyrifos caused neurological damages.

The first claim was filed in September in Kings County Superior Court and concerns a child born in 2003. The attorneys allege the plaintiff worked while pregnant in a packing house with produce previously treated with chlorpyrifos. The child’s father worked in the fields applying the crop protection tool, known under the brand names Lorsban and Dursban. The attorneys argue the city of Huron’s tap water was also contaminated with chlorpyrifos brought in through runoff into the California Aqueduct.

“Young Rafael and others like him were literally awash in this deadly chemical before they were born,” said lead attorney Stuart Calwell. “Their central nervous systems never had a chance.”

The attorneys say 50 more plaintiffs have come forward and more cases will be filed this week.

On that note: UC researchers have been working on developing a number of alternatives to chlorpyrifos. These range from hydrogel beads laced with sugar and insecticide designed to kill ants to new pesticides targeting ahpids in cotton.

Financial conditions in rural America have stabilized after being rocked by the coronavirus pandemic earlier this year. But some ag lenders say they’re concerned about the prospect of another wave of economic hardship if the virus were to intensify once again.

What’s more, the impact of another wave of coronavirus-related shutdowns of agricultural infrastructure like processing plants and key demand outlets could be exacerbated by questions about the prospects for additional ad hoc support.

“Neither Farm Credit East nor our customers are anticipating the same level of support in 2021 or beyond that we received this year, so certainly a change is anticipated,” Mike Reynolds, the CEO of Farm Credit East, which serves a region stretching from New Jersey to Maine, told reporters on a webinar Wednesday.

Here’s another potential issue for the lame duck: A senior Democratic senator is asking Senate appropriators to provide additional disaster aid for winegrape growers who saw their crops damaged by this year’s wildfires.

Sen. Ron Wyden made the appeal in a letter to Senate Ag Appropriations Subcommittee Chair John Hoeven, R-N.D., and his Oregon colleague, Jeff Merkley, the subcommittee’s top Democrat. “Exposure to smoke particles can dramatically change the flavor of wine grapes, rendering them unusable in the winemaking process,” Wyden said in his letter.

Keep in mind: Congress needs to pass a fiscal 2021 omnibus spending bill in the lame duck or else keep the government operating at FY20 levels through another continuing resolution.

Australia keeps planting more almond trees and will have another record-breaking harvest this year, FAS says in another report. The new forecast for the 2020-21 marketing year is 120,000 metric tons, an 8% increase over last year, and more increases are expected in the years to come.

Almond production in Australia has risen by 195% over the past 10 years.

Much of the growth is being spurred by demand in China, which has a free trade agreement with Australia. And China has been buying much less from the U.S. because of the ongoing trade war. China, in retaliation to U.S. import taxes, levied multiple tariffs on U.S. almonds that added up to a total of 75% for in-shell walnuts and 70% for shelled walnuts. Chinese imports of U.S. almonds dropped by roughly 50%.

Egypt prepares to open commodity exchange for rice, others

Egypt is preparing to open a commodity exchange in the first half of next year to allow for the trading of wheat, rice, sugar and oil, according to a new analysis from the USDA’s Foreign Agricultural Service.

The primary purpose of the proposed Egyptian Commodity Exchange will be to “provide commodity markets with greater price stability by reducing risk, and increasing the number of traders as well as the volume, value, and efficiencies of commodity trading,” says the report out of the FAS office in Cairo.

The new spot market may eventually include other commodities, but for now it’s the first step to get small farmers to participate improve the transparency of commodity pricing and minimize the influence of monopolies over the market.

France’s highest court has upheld a lower court ruling that found Monsanto liable for injuries suffered by a French farmer who accidentally inhaled Lasso in 2004.

The herbicide was banned in France in 2007. Another court will have to decide how much of the approximately 1 million euros sought by Paul François should be awarded. The farmer alleges he suffered neurological damage.

Bayer, which bought Monsanto in 2018, says independent court-appointed medical experts “determined that the alleged incident did not cause any of the illnesses Mr. François claimed.”

“If we’re gonna do it this year, I think it’s now or never.” — Sen. Roy Blunt, R-Mo., questioning whether a stimulus bill could pass in a lame duck session.