Cars and disinfectant wipes could be the future for hemp

Despite its potential to eventually overshadow the cannabidiol (CBD) market, the U.S. hemp fiber market has been slow to develop. At this point, the CBD market in the United States dwarfs the fiber market. With an estimated 200,000 to 300,000 acres planted to hemp in 2020, somewhere between 30,000 and 60,000 acres were devoted to growing hemp for either grain or fiber. The rest went to CBD.

The rush to plant hemp for CBD production as well as the legalization of marijuana in many states has created a conflict for those wanting to grow hemp for grain or fiber. However, sources argue that when the price of CBD drops far enough, farmers will look to the grain and fiber markets for new sources of revenue. In addition, the march toward putting more electric vehicles on the road could hasten the transition, as hemp becomes more widely used in automotive production and if demand for ethanol falters.

Patrick Atagi, executive director of the National Industrial Hemp Council (NIHC), says, “It is a complicated issue when you delve into it. Plants for CBD are not really made for hemp fiber,” but the possibilities for end markets are impressive.

Jay Noller, director and lead researcher at Oregon State University's (OSU) Global Hemp Innovation Center, says while the hemp grown for the CBD and fiber markets is the same species, the genetics of the plant and the way they are cultivated differs.

“The biggest deterrent to grow hemp for grain or fiber is that the plants have to have a significant flow of pollen,” Noller said. Fields of Cannabis Indica grown for marijuana, and Cannabis Sativa grown for CBD use only female plants to produce flowers, and any pollen contamination can reduce production. 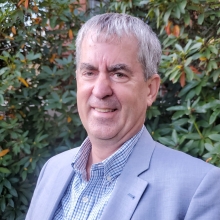 “There is already a discordance and conflict,” Noller said. Currently, there are an estimated $300 million in lawsuits claiming that pollen from hemp used for fiber production has flowed over into marijuana or CBD hemp fields, he adds.

According to Noller’s research, tens of miles are needed as a buffer between farms growing hemp for grain or fiber and those growing hemp for CBD or marijuana. Entire counties in states where marijuana has been legalized have banned the growing of hemp entirely, he adds.

The Global Hemp Innovation Center is researching a promising tri-crop hemp plant that produces seeds for oil, a substitute for crude oil, used in biofuels and plastics; cannabidiols to be used in CBD products; and stalks for the fiber market.

With CBD prices declining and CBD biomass piling up in warehouses, some hemp farmers have started to shift their acres into grain and fiber, which climbed from 10% of all planted hemp acres last year to upward of 20% this year, according to Ian Laird, chief financial officer and general counsel at Hemp Benchmarks. Montana farmers actually planted 85% of their hemp acres to fiber and grain this year, sharply cutting back on CBD acres.

Laird notes hemp fiber once had 35,000 end markets in the United States and “was traditionally used for textiles, nonwoven fibers and other materials like pulp and paper, but it lost its processing capacity when cannabis was declared illegal,” he says. Laird thinks it will take five to 10 years to rebuild that infrastructure.

Today, the United States has only a few processing facilities that can even begin to meet the needs of large firms that want to use hemp-derived alternatives in construction or manufacturing, including hempcrete, a lightweight insulation product used in building construction; fabrics used in textiles; and composites used to make bioplastics, now being used in automobiles.

According to Beau Whitney, founder of Whitney Economics and chief economist for NIHC, 1 million General Motors (GM) cars with hemp fiber composites in their side panels are on the road today. He forecasts the number of GM cars alone with hemp components will grow to 7.7 million by 2030, requiring 1.4 million acres of hemp to support GM.

“Car manufacturers will increase the amount of composites derived from hemp in cars and will accelerate this because the clock is ticking on transitioning to electric vehicles,” Whitney says. “Using hemp composites reduces the weight of a car by 30% and the cost by 20%.” 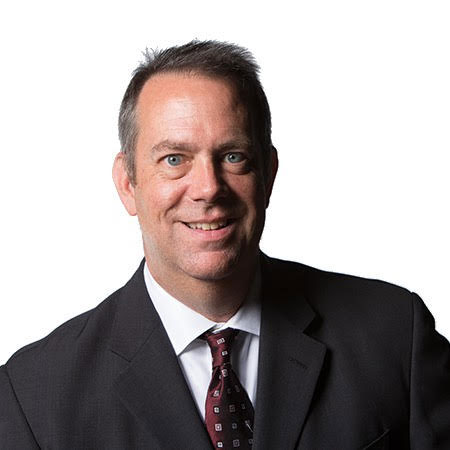 Electric cars need to be light to optimize acceleration and energy use. “There is a massive opportunity for hemp just in the automotive industry alone,” Whitney notes. In addition, hemp composite is biodegradable, which is another draw as the auto industry tries to reduce landfill waste.

Europe has been using hemp in automobile manufacturing for about a decade because it is stronger than plastic and has a higher heat tolerance, according to Kevin Latner, principal of Latner and Associates and senior vice president of trade for NIHC.

The world’s three major hemp markets are China, which produces mostly for the textile industry; Europe, which primarily makes hemp composites; and the United States, which is heavily focused on the CBD market. Latner estimates all three of these siloed markets were worth about $1 billion in 2019, and all have begun to diversify.

While the textile industry is unlikely to return to the United States in any major way, other uses of fiber, including nonwoven products such as baby and disinfectant wipes that now use plastics could be produced in the United States on a large scale.

Bast Fibre Tech, a startup in Victoria, British Columbia, makes nonwoven specialty fabrics out of hemp and flax fibers. Traditionally these types of products have used synthetic or semi-synthetic sources that build up in landfills and contribute to microplastic contamination in oceans.

“Today if you are growing hemp to produce CBD you have a huge amount of waste,” Latner says. The flowers used for CBD branch off the plant’s stalks and have to be hand-picked. “When CBD prices decline, we will have to talk about how we are growing the crop,” he adds. In time, U.S. hemp fields could resemble wheat fields, with the flowers harvested for CBD and the stalks for fiber.

“CBD hemp is a specialty crop,” Laird says. “Industrial hemp is more of a row crop.” Currently, hemp grown for fiber contains about 10,000 plants per acre, compared to 1,400 plants for CBD hemp, and farmers have started to convert existing equipment to harvest hemp fiber.

Moving forward, hemp acres used for fiber could also displace some cotton acres, with Whitney Economics forecasting that hemp fiber used as a substitute for cotton could require 1.3 million acres of U.S. cropland by 2030. Panda Biotech, based in Dallas, is operating a large-scale hemp gin in Wichita Falls, Texas, producing textile-grade cottonized natural fiber and cellulose from hemp.

The success of the hemp fiber market will depend both on environmental regulations that favor hemp over plastics and successful promotion of hemp’s environmental benefits. It will be critical for companies to promote their products and brands that contain hemp so that hemp itself becomes part of the product’s identity, Latner says. This will entail promoting these products as being more sustainable than wood and wood pulp, less water intensive than cotton, a biodegradable alternative to plastics, and a locally produced product.