US dairy capitalizing on rise in Southeast Asia demand

The U.S. Dairy Export Council is investing big in Southeast Asia as demand for everything from whey to lactose is rising fast and providing new overseas profits for U.S. farmers who are increasingly dependent on exports.

The U.S. shipped 395,055 metric tons of dairy products to the region in the first eight months of the year, a 45% increase from the same time frame a year ago, and that’s just a continuation of the rise over the past several years, according to data collected by the U.S. Dairy Export Council.

The U.S. exported $928 million worth of dairy products to Southeast Asia in 2019, nearly quadruple the $242 million of sales to the region just two years earlier. That, together with the potential for even more growth in a swiftly urbanizing population in Vietnam, Singapore, the Philippines and other nearby countries is why USDEC is building up its resources there, USDEC President and CEO Tom Vilsack told Agri-Pulse in an interview.

“This is a place of improving economies and rising middle classes and hundreds of millions of new consumers, which creates opportunity for more protein consumption,” Vilsack said. “In the last couple years, we made the decision to put some roots down in Southeast Asia, which shows we are here for the long haul — we’re here for a permanent place in the market.”

And that’s why USDEC has established its first new overseas facility in 25 years in Singapore. The U.S. Center for Dairy Excellence, paid for by national, state and regional checkoff funds, was opened up on Sept. 21 to act as a hub for marketing and sales and education in Vietnam, the Philippines, Indonesia, Malaysia, Myanmar, Laos and Cambodia. 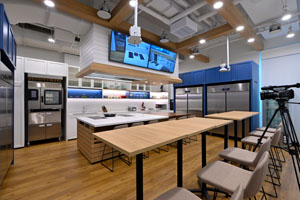 “We’ve added more people,” Vilsack said. “We’ve added more promotions. We’ve added more partnerships and now we have launched the Center for Dairy Excellence. … It’s allowing us to showcase the U.S. dairy industry and tell the story of its ability, safety and ample supply by bringing people into this facility to utilize our test kitchen and our sensory panel system so that we can show the versatility of various cheeses and ingredients from U.S. dairy.”

Singapore wasn’t just chosen as a hub because it’s easy to get to from most locations in the region, but also because it's an industrial hub that U.S. whey and other commodities can flow through to reach buyers in several countries.

“Essentially, Singapore is the food hub of Southeast Asia, so it makes sense to locate the Center for Dairy Excellence,” Vilsack said.

And what he’s talking about is tariffs and non-tariff barriers. It’s a lot easier for a U.S. supplier to export to Singapore and then have that product shipped to Indonesia than it would be to just ship straight to Indonesia.

Vietnam recently cut tariffs on U.S. dairy and that helps, Vilsack said, but what would help even more is a free trade agreement — such as what the Obama administration negotiated in the Trans-Pacific Partnership. That Pacific Rim pact that included Vietnam came to realization, but without the U.S because President Donald Trump pulled out of the deal during his first month in office.

Perdue: US unwavering in demand for changes to Canadian dairy policy
China falls short on US dairy imports

But New Zealand, a dairy competitor, is in the TPP and does have an advantage over the U.S. because the two countries have stronger trade ties. Still, U.S. dairy exports to Vietnam are on the rise. The U.S. sold $139 million worth of dairy products to Vietnamese buyers in the first eight months of the year, a 36% increase from the same time frame in 2019, according to USDA data. The increase is even more substantial with the Philippines, which purchased $280 million worth of U.S. dairy products from January through August. That’s a 61% increase from the $174 million in Philippine imports in the first eight months of last year. 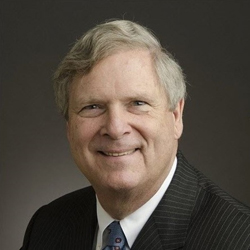 “Southeast Asia is important to U.S. dairy farmers because it provides a growing outlet for their milk. Today, the milk from 1 out of 7 tankers leaving American farms ends up in products and ingredients sold beyond our borders,” according to USDEC. “About one day’s worth of monthly production of U.S. milk currently goes to Southeast Asia.”

Mexico still imports the most dairy from the U.S. by value, and that’s primarily because the country buys a lot of value-added cheese. But the volume of U.S. exports to Southeast Asia is outpacing Mexico, primarily because as Vietnam and other countries urbanize, their populations want breakfast bars, protein shakes and other convenient food sources that all contain dairy products.

“When you have a younger, urbanized population, which is what you have in Southeast Asia, these are people who aren’t going to sit down for a full breakfast,” Vilsack said. “They’ll take a bar and consume it on the way to work. They’ll have a protein shake for lunch. All of those products contain dairy ingredients.”

That doesn’t mean USDEC is not looking to increase cheese sales to Southeast Asia. It is, and the group considers the Center for Dairy Excellence as key to getting that done.

“We’re working with outlets like Costco and other major retailers in many of these countries to essentially showcase U.S. cheese,” Vilsack said.

USDEC is counting on the center — which will also be used as a culinary institute to teach up-and-coming chefs to cook with U.S. cheese — to help push demand in the region for U.S. dairy by another $100 million over the next five years.