Home » Air Board hopes to ban all ag burning, despite incentives drying up
WEST

Air Board hopes to ban all ag burning, despite incentives drying up

The Air Resources Board (CARB) last Thursday recognized agriculture’s role in significantly reducing emissions in the San Joaquin Valley. Yet several board members signaled they would like to enact a complete ban on agricultural burning when the issue returns to the board in February.

“If we’re committed to an (environmental justice) approach,” said board member John Balmes, “then we really have to be serious about banning open-air ag burning.”

He reasoned that those most exposed to the smoke are communities of color and low socioeconomic status.

The board heard updates on how the San Joaquin Valley Air Pollution Control District has been implementing measures to reduce engine emissions of low oxides of nitrogen (NOx) as well as fine particulate matter, known as PM2.5, as part of a federally approved state implementation plan.

Going forward, the district is also considering credits for conservation management practices, low-dust nut harvesters and alternatives for ag burning. The district has helped to deploy almost 30 low-dust harvesters and, through a new federal grant, is planning for several more. Dust accounts for 5% of PM2.5 in the valley. Prohibitions on ag burning, meanwhile, have reduced the practice by 80%.

CARB staff estimated that the current measures will achieve the majority of reductions for NOx and PM2.5. 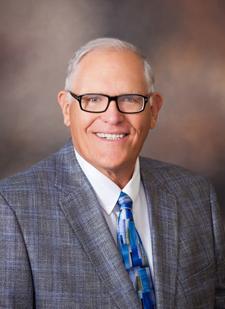 Board member Hector De La Torre, who represented Los Angeles in the Assembly until 2010, urged CARB to “ratchet up” incentives for swapping out diesel engines for electric on both farms and trucks.

Incentives dollars have played a critical role since CARB approved the plan in January 2019. Yet funding for incentives has dropped since then and faces a dire outlook given low revenues from the state’s cap-and-trade program and competition with wildfire and safe drinking water programs.

The district is currently evaluating ag burning in the region and in December will consider a full phase out, with a report and recommendations submitted to the board for approval in February. Board members as well as environmental advocates focused on this date as an opportunity to enact a long-sought ban. The district is expected to ask CARB to reauthorize a five-year extension to allow a minimal amount of agricultural waste burning on designated burn days.

“That's way too long,” said Balmes. “We should stop it now.”

John Eisenhut, who serves as the board’s agriculture member and grows almonds in Merced County, agreed that 17 years has been long enough for the industry to transition away from open burning.

“The industry has known about it for that period of time. There's no basis for delay,” he said. “It's time to move forward.”

As a state senator based in Bakersfield and advocating for farmworker rights, board member Dean Florez introduced the legislation in 2003 that established prohibitions on ag burning. After negotiating with then-assemblymember Leland Yee of San Francisco, Florez allowed for some burning to continue when alternatives were not economically feasible.

“Is it ever going to be economically feasible to compete against a one-cent match?” he said at the board meeting. “Because that's what it takes to light these things up.”

While encouraged to hear that “agriculturalists” have been trying to end the practice, Florez called open burning “the most visible sign of the past” and said CARB should set a standard and “tell industry to get to it.”

Tom Franz, an almond farmer and environmental advocate with the Central Valley Air Quality Coalition, pointed to a few of the alternatives the industry has been establishing, such as whole orchard recycling, chipping the material into mulch for composting and relying on the few remaining biomass plants.

“We have to raise the fine or fee for open burning to at least $1,000 an acre,” he said, “so that the cost of lighting a match is not cheaper than all of the alternatives.”

Board Chair Mary Nichols said she was “overwhelmed by the just unrelenting unhappiness coming from the community representatives” in spite of the many efforts underway to reduce emissions.

Nichols shared that the governor’s Office of Planning and Research is leading a multi-agency task force looking at ways the state can be “entrepreneurial” when it comes to dealing with agricultural waste as well as debris removed from forests for fire prevention.

The administration hopes to contract with companies offering more “economically sensible” alternatives for the waste than burning it at biomass plants to generate electricity.

“We could be helping to provide the financial tools to make it into a viable industry,” Nichols said, without offering any further details about the ongoing discussions. “This is not being ignored. It's being seriously addressed.”

Top photo: At a press conference before electric cars, Chair Nichols speaks on the administration's ban on gas-powered cars and diesel trucks.