Daybreak West: Wheeler fires back at Newsom and Garcetti

The California Water Commission at a recent meeting discussed options for repairing and maintaining conveyance systems in the San Joaquin Valley. While most funding comes from water districts, Ellen Hanak of the Public Policy Institute of California laid out a few options for the state, such as:

Hanak worried a proposed valley-wide sales tax to pay for upgrades would be too regressive, impacting vulnerable populations hardest.

Doug Obegi of the Natural Resources Defense Council called it magical thinking to believe the state would build new conveyance projects. He supported the beneficiary-pays model to “ensure that we are really making smart investments with limited money.”

Justin Fredrickson of the California Farm Bureau said beneficiaries “are not necessarily averse” to that approach. But it requires a bottom-up strategy and more public investment.

Scott Hamilton, a consultant for the Water Blueprint, argued that without those investments, a million acres of farmland will be fallowed, hurting tax revenues for local, state and federal governments.

On that note: The commission is hosting a listening tour on conveyance needs and funding options, through the lens of the governor’s Climate Resilience Portfolio. The commission has yet to release dates.

Read about the failure to fund the Temperance Flat Reservoir in the Agri-Pulse Newsletter West later this morning. 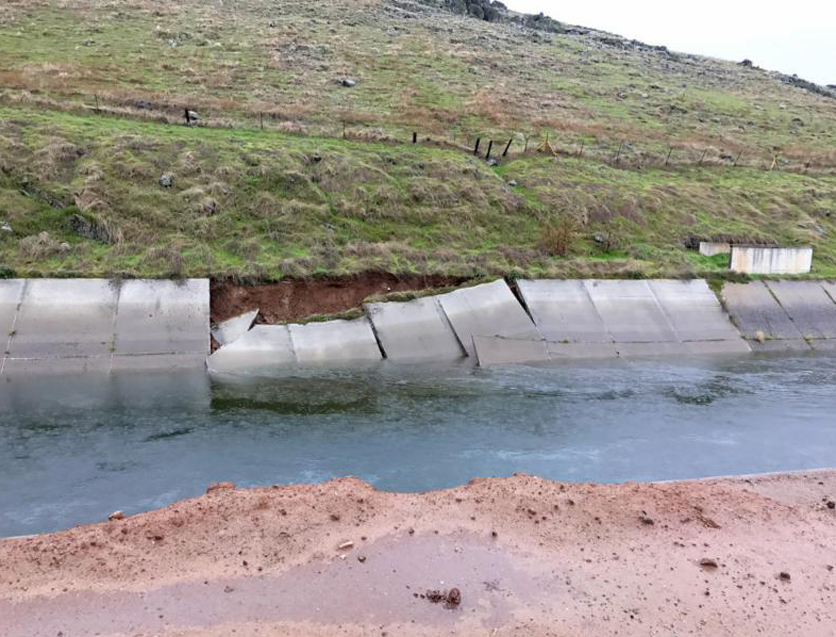 A state judge last week rejected three petitions by environmental groups challenging a 2018 regulation approved by the State Water Board, according to the California Farm Bureau. The East San Joaquin Order added new monitoring and reporting requirements related to groundwater.

The Farm Bureau and other ag groups intervened in the litigation, defending the Central Valley Water Board’s five-year effort to develop the program.

“The court's decision in these three cases is important for irrigated agriculture throughout the state,” said the Farm Bureau’s Kari Fisher.

Keep in mind: The East San Joaquin Order set the foundation for the Central Coast Water Board’s draft Ag Order 4.0. That proposal is using its calculation for nitrogen inputs to set a cap on fertilizer applications.

Last month, California Gov. Gavin Newsom announced the state would require all new passenger vehicles to be zero-emission by 2035.

“Proposals that seek to rush this ban to 2035 have the most severe impacts, but any ban results in dramatic decreases in ethanol, biodiesel, corn and soybean prices, and demand for fertilizer and other agricultural products,” ARA said in releasing a new study. “These are burdens carried disproportionately by the agriculture community.”

Keep in mind: Biden’s environmental plan would promote the shift to EVs by installing 500,000 charging stations nationwide by the end of 2030.

The first ever commercial shipment of U.S. rice that was cleared to enter China Tuesday was just 20 metric tons, but it’s expected to be just the beginning of a long-term and robust trade that clears the way for future trade.

"As seasoned exporters, this small shipment of California milled rice sounded routine at the outset, but the many logistical challenges of exporting to this new market proved to be one of our most complex transactions to date," said Buzz Burich, vice president of ADM Rice. “We hope this initial collaborative effort will lead to increased sales of U.S. rice to China and contribute to stronger trade relations between both nations."

“We look forward to increased engagement with China as we build on the progress begun by year one of the ‘phase one’ agreement,” McKinney said.

The Federal Communications Commission is launching a reverse auction on Thursday to provide $16 billion in new funding for rural broadband. The money will be distributed to eligible applicants who build out high-speed service in wholly unserved rural areas. The funding will connect roughly 10.2 million Americans.

“We’re building a ship and setting sail while the compass is still on backorder,” said FCC Commissioner Jessica Rosenworcel during a commission meeting. She was referring to the commission missing a provision in the Broadband Data Act that required the FCC to adopt new broadband coverage mapping rules by September 2020.

Farm groups are cheering EPA’s decision on over-the-top use of dicamba for five years – with some new restrictions on how the herbicide is applied.

“With those added restrictions, it should give an insurance policy or safety net to be able to fall back on to make sure we don’t damage any crops around us,” American Farm Bureau Federation President Zippy Duvall told Agri-Pulse.

He said the move by EPA would provide certainty to many cotton and soybean growers and said they would be able to adapt to the new restrictions.

But keep in mind: The environmental groups that won a court victory earlier this year when the 9th U.S. Court of Appeals vacated registrations of three dicamba herbicides are vowing to sue again.

George Kimbrell, the Center for Food Safety’s legal director, said the EPA “rushed re-approval as a political prop just before the election, sentencing farmers and the environment to another five years of unacceptable damage.”

Read our report on the EPA decision and the new restrictions here.

“Instead of blaming the Trump administration for their problems, perhaps they should look to it for guidance.” — EPA Administrator Andrew Wheeler, in an op-ed firing back on the Newsom administration over the role of climate change in escalating wildfires.

Daybreak: Newsom appoints an Audubon director to Water Commission
Daybreak West: State budget is a 'crisis for all of us'