CDFA has hit a roadblock the second year into its Industrial Hemp Program, with a $2 million deficit. According to Josh Chase, a Salinas hemp grower who serves on the department’s hemp advisory board, the program is “digging the hole deeper.”

“We’re operating at what is almost twice what the revenue is coming in right now,” he said at a board meeting this week.

Wayne Richman, head of the California Hemp Association, pushed back on the option to raise fees to cover the shortfall.

“When you ask for these kinds of fees from farmers,” he said, “you're going to kill any social equity outcomes and you're going to hurt the small farmer.”

Richman called the program “an experiment in how much [the state] can charge [farmers] before they just give up.” The 2019 harvest was “a complete disaster,” he added, describing how leftover material couldn’t be sold due to a lack of infrastructure for processing it. He attributed the problem to the industry growing too quickly.

Others worried how California growers could remain competitive, when the state already levies high taxes on businesses.

CDFA scientist Michelle Phillips explained the deficit is a result of the program being industry funded. It launched in 2017, began collecting registration revenues in 2019 and has not gathered enough to recoup all the costs, and registrations are now declining. 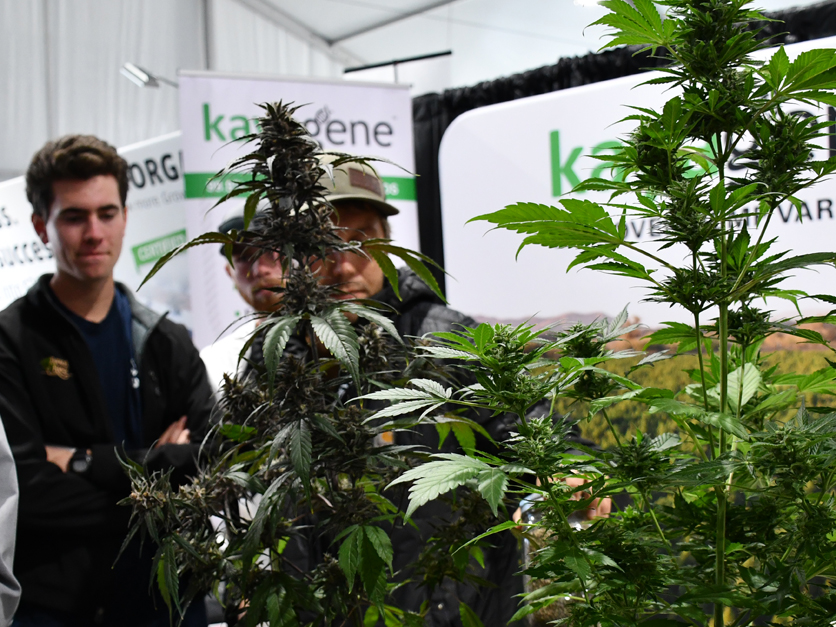 Growers in the San Joaquin Valley are grappling with the reality of three regulatory programs launching at the same time. Each adds new water quality requirements and varying levels of monitoring and reporting.

Tess Dunham, an attorney with Kahn, Soares & Conway, shared her thoughts on the programs during a webinar yesterday hosted by Maven’s Notebook, a blog on California water.

The Sustainable Groundwater Management Act, Dunham explained, is not meant to resolve water quality and drinking water issues, but aims to avoid creating new ones. CV-SALTS and the Irrigated Lands Program, under thee Central Valley Water Board, do intersect with water quality. Dunham hoped that allowing more local control of the programs will lead to better integration across them. She said there has been a lot of discussion about how to combine the monitoring efforts and avoid duplication.

“There has to be coordination,” she said. “Or we're going to have chaos.”

USDA is out with its annual report on pesticide residues in food, and the data show that nearly 99% of the fruits, vegetables and other foods tested in 2019 were below the EPA’s legal limits. Some 42.5% of the foods tested had no detectable residue, according to USDA’s latest Pesticide Data Management report.

Eighty-seven percent of the foods tested were fruits and vegetables.

Residues exceeding EPA tolerances were detected in 125 samples – mostly basil – out of 10,000 tested. (That’s a slight increase from 2018, when 82 samples exceeded EPA tolerances, less than 1% of the total.) The 125 samples with excessive residues included 93 of basil (out of 343 tested), as well as frozen strawberries, mustard greens, frozen spinach and collard greens.

Keep in mind: A different assortment of foods are tested each year. EPA uses the data to conduct dietary risk assessments and to ensure that any pesticide residues remain at safe levels, according to USDA’s Agricultural Marketing Service.

Group says plenty of Chinese interest in US rice

The USA Rice Federation held a webinar this week for potential clients in China, and the group says it looks there is a lot of interest in doing business.

"I was impressed with the number of participants, the breadth of information provided, and the quality of the questions posed, said Chris Crutchfield, chairman of the USA Rice Asia, Turkey Promotion Subcommittee.

One Chinese importer sent an optimistic text message during the Webinar: “Thanks to our friends on the USA side to give us such useful information. Hope we can enjoy the U.S. rice in the Chinese market soon."


The first ever commercial shipment of U.S. rice arrived in China this week and U.S. farmers are hopeful it will just be one of many.

The federal government is seeking to stop a California manufacturer of animal drugs from selling products that were made under unsafe conditions.

The Justice Department has filed suit to get a permanent injunction against the company, Med-Pharmex Inc. The company’s products include various products for cattle and poultry.

The complaint notes that the FDA issued a warning letter to the company in 2017 and the company failed to adequately investigate reports of animal deaths or illnesses treated with its drugs.

“One truly scary fact is that [the Department of Pesticide Regulation] does not regulate (as in, at all) the pesticide-treated seeds blanketing hundreds of thousands of acres of state crop land.” — Daniel Raichel, an attorney for the Natural Resources Defense Council, arguing California should do more to regulate neonicotinoids, despite leading the nation on this.