There are new questions about what farmers will have to pay foreign workers next year under the H-2A program. A federal judge’s ruling has barred USDA from suspending its annual farm wage survey that is used to calculate H-2A wage rates.

USDA did not immediately respond Thursday when asked whether the government planned to appeal U.S. District Judge Dale Drozd’s order. Drozd called the decision to kill the survey “cursory” and “conclusory.” Without the USDA survey, farm labor groups fear growers will be able to cut H-2A wages in 2021.

Keep in mind: The Labor Department, which administers the H-2A program, has proposed major changes that could be finalized in the next month or so. The final rule is now under review at the Office of Management and Budget.

The DOL rule – and any significant changes to the H-2A wage rules – are likely to be challenged in court.

Read our report on the ruling here.

In a pair of major actions, the U.S. Fish and Wildlife Service has delisted the gray wolf, and the EPA has eased requirements for pesticide application exclusion zones, those areas where people are not supposed to be when pesticides are sprayed.

Instead of a 100-foot exclusion zone for ground sprays containing fine droplets, EPA has decided on a 25-foot zone for all ground sprays and 100 feet for aerial applications. The agency also is allowing farm owners and family members to stay in their homes while applications are taking place. The National Association of State Departments of Agriculture said the rule provides needed clarity for farmers.

Meanwhile: Environmental groups are vowing legal challenges to the USFWS to remove the gray wolf from the endangered species list early next year. Those groups say FWS failed to adequately consider the status of wolves in states such as Oregon, Washington and California, where numbers are much lower than the Great Lakes and some of the Rocky Mountain states.

Ag groups welcomed the delisting. Washington Farm Bureau President Mike LaPlant said “it’s time to end the federal-state split management of wolves in Washington and allow our state wildlife managers to manage wolves in conjunction with all other species.”

Ahead of the election, Iowa GOP Sen. Chuck Grassley is calling on farm organizations to push back against a new Senate bill that would ban gas-powered cars after 2035 in favor of electric vehicles.

“It’s really an extreme government overreach that would strip away consumer choice and freedom while destroying opportunities for rural Americans,” Grassley told reporters.

Grassley pointed to a University of Tennessee study commissioned by the Agricultural Retailers Association that says net farm income would drop by as much as $27 billion under an all-EV mandate.

Keep in mind: Joe Biden isn’t proposing to mandate EVs, but he does want motorists to shift to them. He wants to fund the installation of 500,000 charging stations nationwide.

House Agriculture Chairman Collin Peterson says it’s the ideal time to start a dairy farm, thanks to the combination of federal support programs and the availability of facilities.

“Heifers are cheap. There are barns sitting empty. They can get into this without having to buy land, buy barns, even buy cows, they can lease them. … There’s never been a better time to get into dairy,” he said.

By the way: Peterson, D-Minn., reiterated his concern about the massive amount of deficit spending being used to bail out the economy and assist farmers this year. “This is all borrowed money. Some day we’re going to have to pay this back. … I’m worried this is going to come back to haunt us,” he said.

US hopes for regional bans in event of ASF outbreak

U.S. pork producers will be hit hard in the event of an African swine fever outbreak, but there is an effort to soften the blow by “establishing areas free of disease” that foreign countries will hopefully import from, says Jan Archer, owner of Archer Farms in Goldsboro, North Carolina.

She’s talking about the National Pork Board’s Agview system that tracks animal health certificate data, but stresses it will only be effective if enough producers sign up.

“When we first get this disease, everything will shut down and we know that, but this is a way we can hopefully open back up,” she said during the webinar “How pork exports can save your bacon,” hosted by Agri-Pulse Thursday. 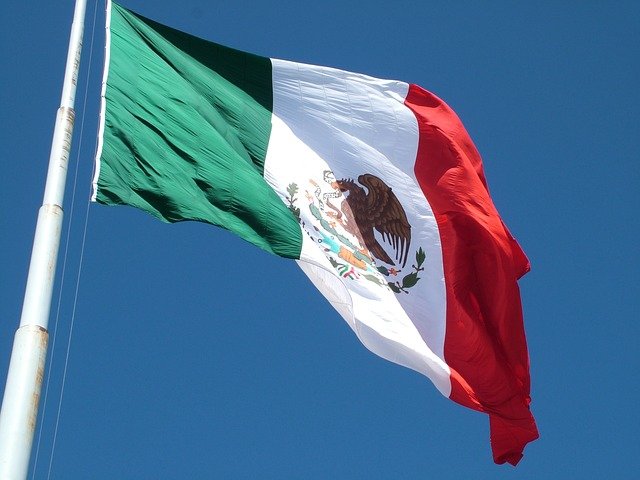 Mexican buyers purchased about 1.4 million metric tons of U.S. corn, according to a USDA daily report Thursday, representing a continuation of strong demand from importers south of the border. More than half a million tons of those purchases are for delivery in the 2021-22 marketing year, whereas about 892,000 tons is for 2020-21.

But Mexico is also buying a lot of U.S. pork. The country was the number one importer for the third week in October, buying 8,400 tons and importing 11,000 tons.

He said it. “Maybe they’re afraid of the alternative.” – House Ag Chairman Collin Peterson, when asked by IDFA why farm groups are supporting his re-election race. Peterson is being challenged in his heavily Republican district by former Lt. Gov. Michelle Fischbach.