The outcome of the presidential race isn’t known at this hour, but several results of the election  already are clear.

The blue wave that Democrats were hoping for didn’t materialize, in part because President Donald Trump appears to have maintained his strong rural base.

Democrats retained control of the House, but one of the biggest stories of the night for farmers and ranchers was House Ag Chairman Collin Peterson’s reelection loss in Minnesota. Peterson has led the committee’s Democrats during the writing of the last three farm bills.

Republicans are in position to retain control of the Senate, although the final result may not be known until Jan. 5, when Georgia will hold one and maybe two runoff elections. The key GOP victors Tuesday included Joni Ernst in Iowa and Steve Daines in Montana. North Carolina GOP incumbent Thom Tillis also declared victory.

Read our full coverage of the election results in this week’s Agri-Pulse newsletter and at Agri-Pulse.com.

Democratic Rep. Josh Harder has been reelected to his Central Valley seat, defeating his Republican opponent by a comfortable margin. Harder had won the seat in the 2018 blue wave that flipped several Republican strongholds in the state.

California voters also approved Proposition 22, allowing Uber and Lyft drivers to remain independent contractors. The ballot measure grants a carveout to the companies following the 2019 passage of Assembly Bill 5, which reclassified the drivers as regular employees.

A leading advocacy group for farm workers says the Labor Department’s changes to H-2A wage cuts will likely cut worker pay by even more than the DOL estimates and will also result in wage cuts for domestic workers.

A final rule announced by DOL on Monday would freeze the H-2A program’s adverse effect wage rates, or AEWRs, for two years. Starting in 2023, the rates will be based on a broad labor cost indicator that will keep the rates from rising as much as they have been under current rules. The AEWRs are now tied to an annual USDA survey of farm labor wages.

“In the name of ‘predictability' for employers, the Trump administration is allowing businesses to hire an unlimited number of temporary foreign workers at below-market wage rates, in violation of the law’s prohibition against adverse effects on US workers' wages caused by the hiring of guestworkers,” said Bruce Goldstein, president of Farmworker Justice.

DOL says the wage cuts are likely to encourage farms to hire more H-2A workers, and Goldstein’s group says that means the rule is likely to result in steeper cuts to wages than the department is estimating.

Keep in mind: Goldstein says his group is considering a legal challenge to the DOL rule.

Farm groups say that H-2A wages have been rising sharply every year in many states, sometimes by double-digit rates. 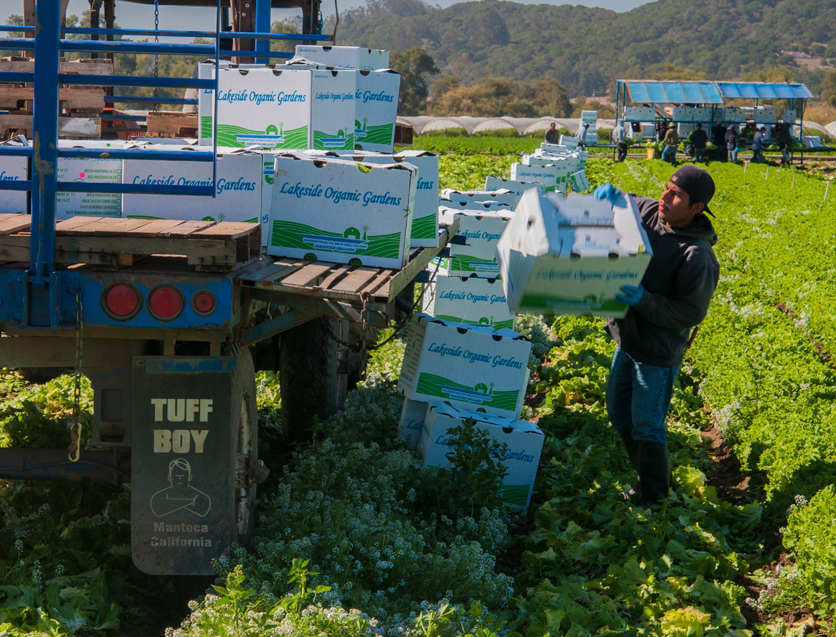 Requests for the latest round of Specialty Crop Block Grants added up to more than $90 million, far beyond the $21 million available.

During a meeting of the State Food and Ag Board on Tuesday, CDFA Secretary Karen Ross said the 270 submissions broke the record for the dollar amount.

“That just shows what we anticipated, as far as need going into and coming out of COVID,” said Ross. 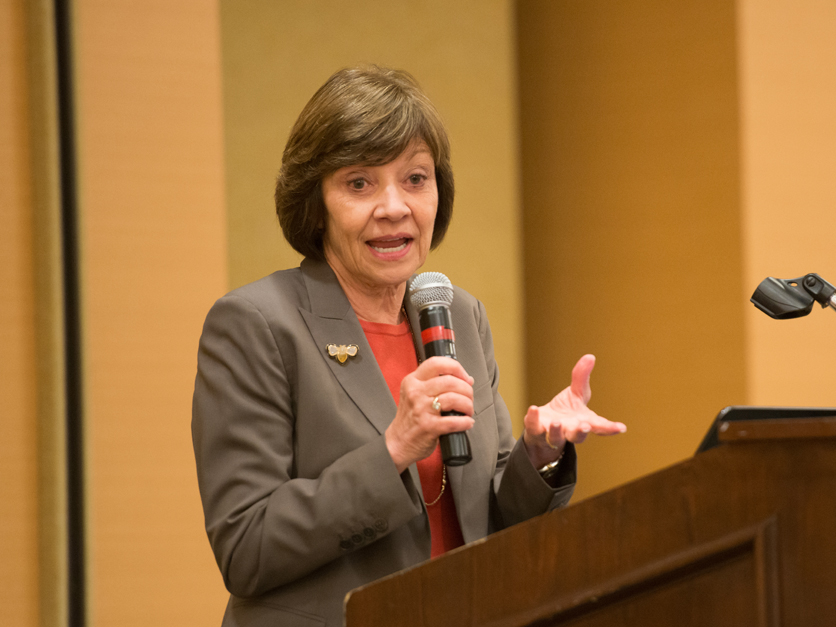 Smoke taint has led to an unusual year for California winegrape growers. Ross said CDFA has been working with the USDA National Agricultural Statistics Service to add “some notations” to reflect this on the pricing tables for the 2020 grape crush report.

“It's pretty horrifying when you talk to so many growers who have left a large volume of crops on their vines because of smoke taint,” she said.

Jamie Johansson has a five-step recovery plan for California

California Farm Bureau President Jamie Johansson has shared with Gov. Gavin Newsom a five-point plan for how agriculture can play a role in the state’s economic recovery. Johansson described the plan at meeting last week for the American Society of Farm Managers and Rural Appraisers.

Recognize that farmers want to be part of the solution. Johansson said farmers must know what the end game is. “If you want all of California agriculture to be 100% organic,” he said to Newsom, “I can tell you the consequences of doing that.”

Go with farmer-led solutions. He said this message resonated in the governor’s “30 by 30" conservation order.

Give us time. Johansson cautioned that the tools, technology and infrastructure will not happen overnight.

Work with the science. “Let us use our science instead of attacking us for it,” he said.

Read about Johansson's review of 2020 in the Agri-Pulse West Newsletter later this morning.

Farmers look to buy machinery in 2021

The improvement in commodity markets has more farmers thinking about upgrading machinery next year.

Some 14% of producers are planning to increase purchases of farm machinery next year, according to the monthly Ag Economy Barometer sponsored by the CME Group and Purdue University. That’s up from 11% in September and 4% in May.

About one-third plan to reduce their purchases in 2021, down from 65% in May.

“I think we’re properly prepared for whatever action might be taken,” Grassley, R-Iowa, told reporters after a recent meeting with Lighthizer.

Grassley’s concerns mirror those of others on Capitol Hill and in the U.S. ag sector. Mexico, despite agreeing to a new chapter on biotechnology in the U.S.-Mexico-Canada Agreement, is not approving any new seed traits. Canada is restricting new tariff rate quotas that it promised to set up for U.S. dairy.

Back in 2018, the National Milk Producers Federation and the U.S. Dairy Export Council complained Indonesia was hindering imports of U.S. dairy by requiring local partnership arrangements as a prerequisite to get import licenses.

But Indonesia has now scrapped the trade restriction thanks to tactics employed by USTR as it negotiated Indonesia’s ability to keep its status under the Generalized System of Preferences, the dairy groups said Tuesday. The GSP allows developing countries to avoid some duties on exports to the U.S.

“We appreciate the work invested by the U.S. government to use the GSP review process to ensure that Indonesia complies with its trade obligations under the terms of the GSP program,” said NMPF President and CEO Jim Mulhern.

EPA is asking for input on an updated list of “pests deemed of significant health importance,” which was last released in 2002.

Available today, the list will include several new pests, such as the brown dog tick, and describe new public health impacts, such as Zika fever and the coronavirus. The list is used to prioritize public health efforts.

“EPA, CDC and USDA collaborated to update the list to incorporate significant changes regarding vector-borne diseases and related research, and eliminate gaps or ambiguities in the current pests list,” EPA said.

EPA specifically asked whether there are any pests, such as the Asian giant hornet or the Turkestan cockroach, that should be added to the list.

“Six years after the bond's passage, the water storage projects that will benefit from Proposition 1 likely remain at least a decade away from becoming operational.” — California Farm Bureau President Jamie Johansson in an op-ed urging to state to deliver the rest of the water bond money.