At a press conference at an organic farm last week, Gov. Gavin Newsom praised the agriculture industry for its $50 billion in annual sales. He then signed an executive order to conserve 30% of California’s land and coastal waters by 2030, joining 38 countries in the pledge.

The order offers few details on how to accomplish this, and the Natural Resources Agency finds the state may have already met this goal. The order raises more questions as well about the administration’s agenda when it comes to pesticides and freshwater flows for threatened fish species. The response from farm groups has been skepticism. The order comes two weeks after Newsom issued an executive order banning the production of diesel tractors and trucks starting in 2035.

Newsom tasked his resource agencies with developing the policy actions on how to accomplish this goal. That report is due in the final months of Newsom’s term — a point when the economy is expected to finally return to normal and the governor will likely be running for reelection or seeking another office.

Assemblymember Ash Kalra of San Jose attempted to deliver on the “30 by 30” commitment and flesh out the policy through the legislative process. Assembly Bill 3030, however, stalled in Senate Appropriations with heavy opposition from more than 100 groups, including environmentalists, outdoor recreation enthusiasts and a number of farm groups.

They argued “if the state commits to the proposed goals, it will need to identify significant new sources of funding.” The nonpartisan Legislative Analysts' Office found the costs would be in the range of “several hundreds of millions of dollars or more” and could lead to a decline in property tax revenue for local governments. Like the governor’s order, AB 3030 did not spell out any funding support.

An Assembly committee analysis found the Natural Resources Agency has inventoried more than 14,000 tracts of land protected by more than 1,000 public agencies and nonprofit organizations. It adds up to nearly 50 million acres, or about 47% of the state. Other estimates found at least 22% of state land is being conserved, leaving just 8% more for Newsom to expand on by 2030. 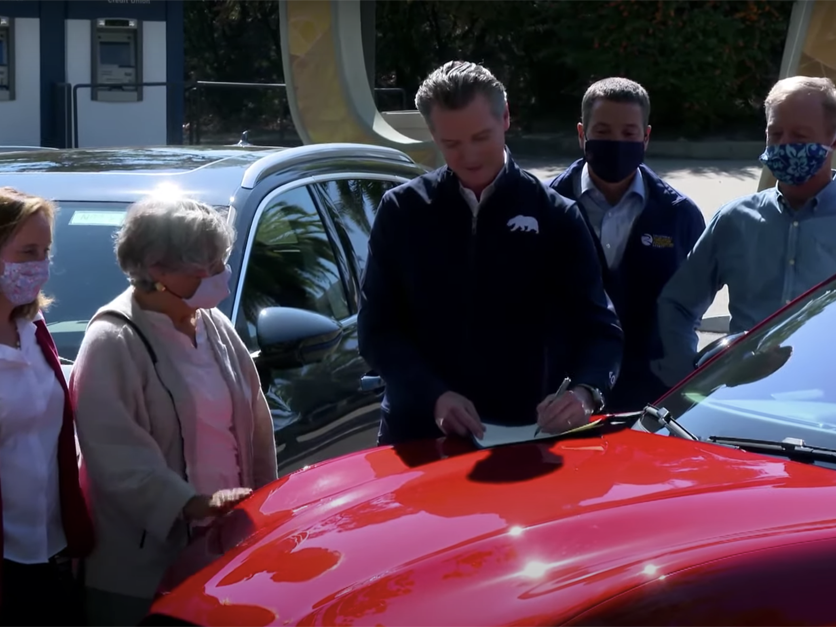 Gov. Newsom signs an executive order on the hood of an electric Ford to ban gas and diesel vehicles.

Another bill the governor’s executive order builds on, AB 2954, did not offer funding support either and eventually died in Appropriations. The bill would have set a goal for sequestering carbon and reducing greenhouse gas emissions in natural and working lands. Yet Democrats were divided over the measure. Sen. Bob Wieckowski of Fremont worried about granting broad authority to the Air Resources Board for carbon sequestration, especially when the cap-and-trade program had “inadequacies” that needed to be addressed.

Policy advocate Taylor Roschen explained that to invest in the on-farm practices for carbon sequestration the bill calls for, farmers must see “demonstrable increases in yield or quality.”

Roschen argued some commodities naturally have a greater capacity to sequester carbon, and small farmers have less capital to invest, leaving them at a disadvantage. She has also said the measure leaves out thousands of existing on-farm sequestration projects.

“Defenders looks forward to working with the Newsom administration on the implementation of this order to ensure that we are providing enduring protections for biodiversity and real improvements to access for disadvantaged communities,” said Pamela Flick, the California program director for Defenders of Wildlife.

In a statement to Agri-Pulse, California Farm Bureau President Jamie Johansson described farming and ranching as “the oldest and best green economy in the world,” explaining how they are already capturing carbon from the atmosphere while reducing water and energy use and preserving habitat. He was skeptical of the governor’s increased use of executive orders as a lawmaking tool.

“We hope the governor’s action may finally provide California farmers, ranchers and loggers a prominent seat at the table when it comes to managing our state’s working lands,” he said. “Actions stemming from this executive order should not intensify the existing regulatory environment that ignores the economic diversity of agriculture and should not favor preservation over the use of renewable resources for public benefit.”

GOP lawmakers immediately chastised the order as broad and bypassing the authority of the Legislature, and raised concerns about vague language in the document.

“There is nothing to suggest the order wouldn't lead to a process whereby the state dictates to growers which crops could be grown in order to maximize carbon sequestration,” said State Senate Republican Leader Shannon Grove of Bakersfield. “Like the ban on gas-powered vehicles, is attacking food producers really a priority right now? We're still fighting a pandemic. Businesses are struggling.”

To conserve the state’s biodiversity, the order tasks CDFA with protecting pollinators and native species while promoting healthy soils. CDFA Secretary Karen Ross described the order as recognizing the “importance of natural and working landscapes to build climate resilience and achieve carbon neutrality,” with solutions led by farmers and ranchers. 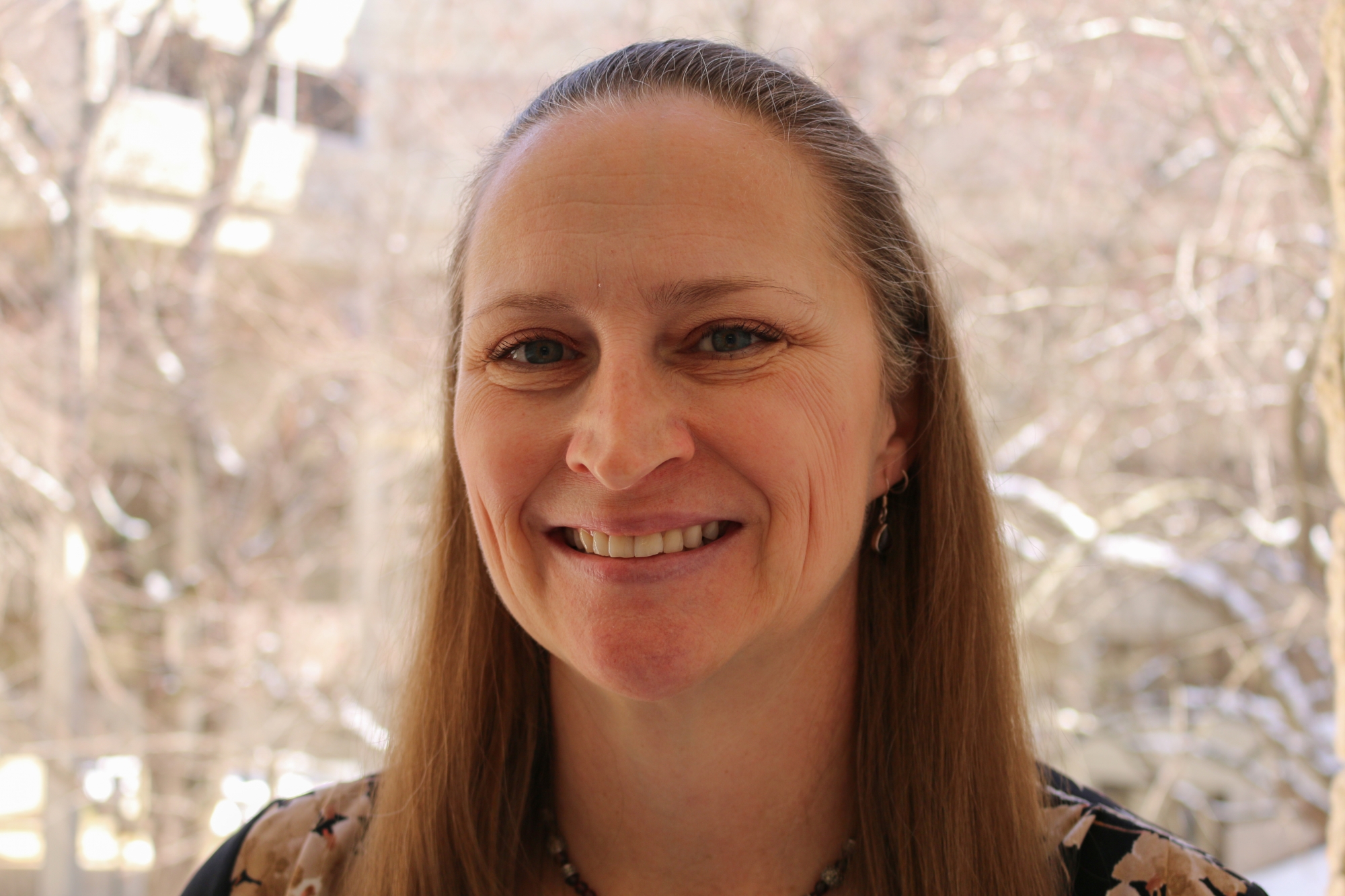 The order does not specify how this would be different from CDFA’s current priorities. The Healthy Soils Program was oversubscribed this year, while its budget was slashed due to declining cap-and-trade revenues. Recognizing the importance of soil health, Nisei Farmers League President Manuel Cunha told Agri-Pulse the industry is facing greater challenges.

“The current thing is ‘healthy soils, healthy soils,’” he said “Big deal. I've got a crisis going on with coronavirus.”

CDFA already leads a Bee Safe program and has partnered with industry on the BeeWhere platform to minimize exposures to pesticides and deliver more data on the issue. CDFA has also encouraged industry-led initiatives by the Almond Board of California and other groups in their campaigns to bring bee-friendly practices to growers.

The Department of Pesticide Regulation, meanwhile, has been advancing new restrictions on neonicotinoids to protect bees, and the Department of Fish and Wildlife is in the midst of evaluating protections for native bees.

The order mentions that “California’s rich biodiversity is increasingly threatened” by decreasing water supplies and pledges to advance voluntary and cooperative approaches with stakeholders. Yet AB 3030 drew criticism for not clarifying how the 30% goal would apply to freshwater supplies and if it would require 30% unimpaired flows to the Sacramento–San Joaquin Delta watershed.

The order does not mention conservation easements or farmland fallowed under the implementation of the Sustainable Groundwater Management Act, which will hurt growers with up to one million acres pulled out of production while also presenting new environmental hazards for the San Joaquin Valley. 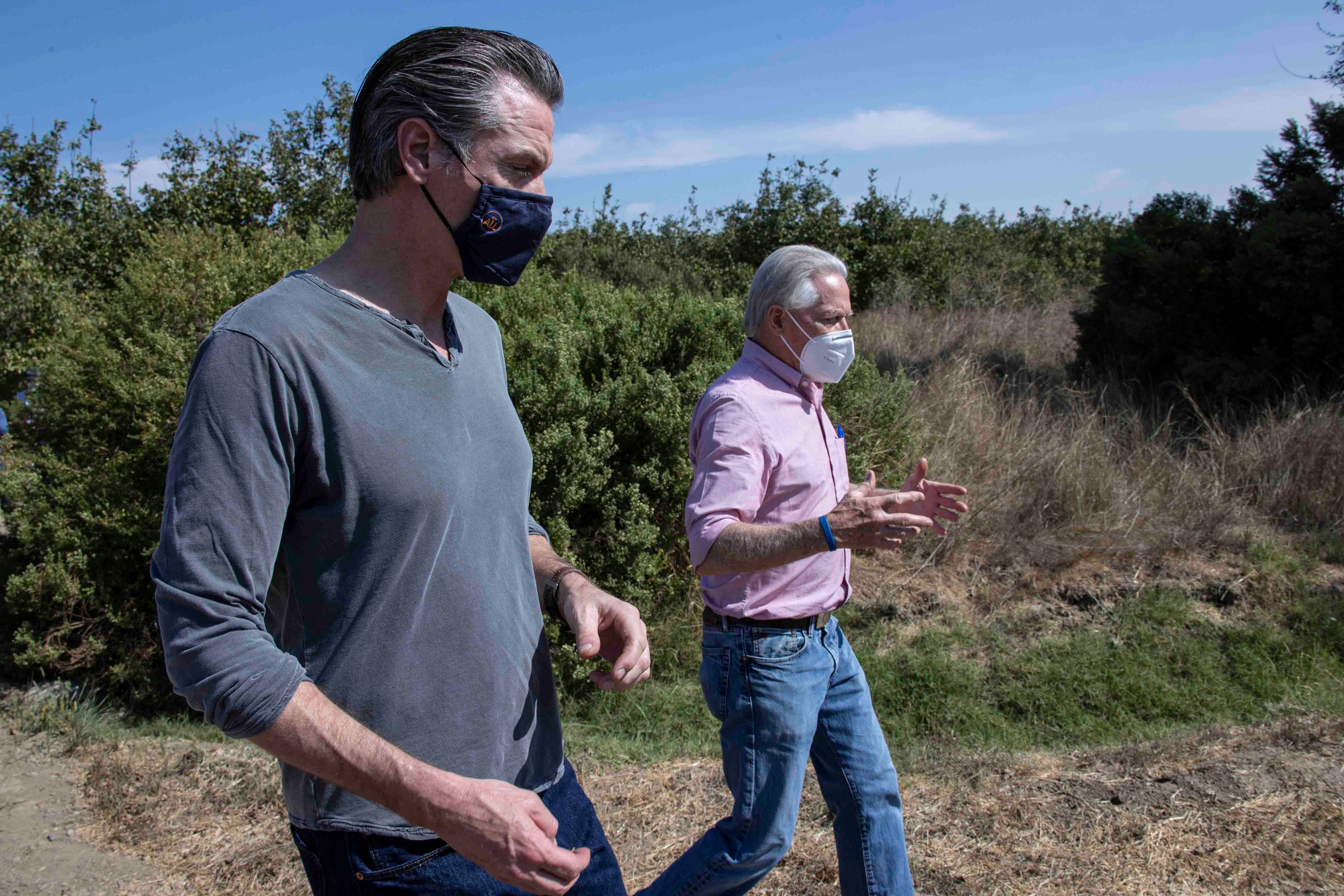 Newsom signed the order at Sierra Orchards in Winters. Craig McNamara, a Brown administration appointee and former president of the State Board of Food and Agriculture, runs the 450-acre organic farm. It produces mostly walnuts and olive oil and serves as a demonstration space for conservation projects. The farm sources directly to the elite Berkeley restaurant Chez Panisse, run by organic foods advocate Alice Waters.

Newsom has an ownership stake in a corporation that runs organic wineries. He explained his entrepreneurial background — which he routinely falls back on when discussing business issues — at the press conference. He described how he grew the company from a single wine store to a number of hotels and wineries today.

“Why are there so many more insects pollinating your plants? Why are things a little bit greener, even during these drought years on your property than other properties?” said Newsom. “It's around biodiversity, it's around alternatives to synthetic fertilizers and new strategies on mulching and composting.”

Newsom and Ross have both acknowledged the many concerns Newsom’s ongoing stream of executive orders on climate change have raised in the agriculture industry.