U.S. pork exports continue to break records, buoyed by unprecedented demand from China, where African swine fever decimated production, but the country is quickly rebuilding its herd and American producers are preparing to adapt.

The U.S. exported about 801,000 metric tons of pork, valued at $1.83 billion, to China in the first three quarters of 2020, according to data compiled by the U.S. Meat Export Federation. That was a 96% increase in volume and a 120% increase in value over the same time period last year.

But ASF outbreaks in China are declining in frequency and the country’s production is on the rise, spurred by high prices and government incentives to wean the country off its recent reliance on foreign suppliers.

China’s pork production is expected to continue to rise in the months to come and eventually return to pre-ASF levels by 2022. That means the country will need less imports, but USMEF spokesman Joe Schuele says business will still be good.

“We do expect to ship less pork to China in 2021 than we’re shipping there this year, but you have to keep that in perspective,” Schuele told Agri-Pulse. “The levels going to China this year from every exporting country are unprecedented. The fact that they’re going to be smaller next year is not a reason to panic. It’s just a reason for planning.”

China is now forecast by the USDA to produce 41.5 million tons of pork next year, up from the record-low of 38 million tons this year. 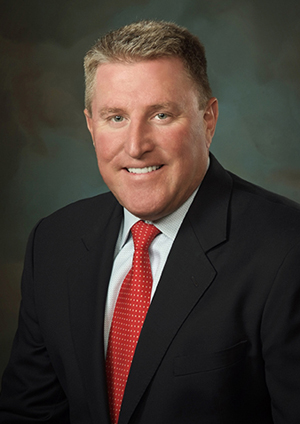 The USDA is predicting that China’s total pork imports will drop by 14% in 2021 to 3.7 million tons. By the end of next year, China’s total pig inventory is now forecast to reach 370 million head, or about 80% of its pre-ASF level.

There are plenty of opportunities for growth in other foreign markets, and that’s where U.S. exporters are looking as China beefs up its domestic production.

"Exporting countries are watching the hog production recovery in China very closely, because we know its demand for imported pork is moderating," says USMEF President and CEO Dan Halstrom. "While USMEF is pleased to see U.S. pork exports to China (and) Hong Kong maintaining a strong pace, it is vitally important that our export destinations remain diversified. The U.S. industry continues to pursue this goal aggressively, both in the Asia-Pacific region and the Western Hemisphere."

“You’ll have more pork globally that will have to find a home other than China,” Schuele said.

In August, China reported its first ASF outbreak and the disease spread quickly, forcing farms to cull their herds. By September of last year, China was reporting just 190 million head of live pigs, according to an FAS account.

But these numbers are on the rise as China encourages the construction of new, more modern operations, ramps up disease testing, enforces new biosecurity measures on farms and cracks down on illegal shipping of pigs.

China reported 171 outbreaks of ASF from August 2018 through 2019, according to FAS. Only 16 cases were reported in the first six months of 2020 and most of those were “located on small, backyard farms.”

China demand for feed and stocks driving US soy export sales
USDA reports export sales of 1.36M tons of US corn to China

But even as the Chinese market is expected to soften, markets elsewhere are expanding, and the U.S. is taking advantage of that.

U.S. pork exports to China and Hong Kong in September accounted for 28% of all U.S. volume and 23% of the value of U.S. shipments. From January through August, those rates were 37% and 33%, respectively.

Meanwhile, U.S. sales to Japan, Mexico, Canada, Colombia, the Philippines and Vietnam are on the rise. Japan is a particularly noteworthy success, and increases in sales to the country are largely due to the trade pact the two countries signed last year, said Schuele.

But there is also a new opportunity to increase U.S. sales to China now that the country has banned imports from Germany, which supplied $867 million worth of pork to China in 2019.

“We do think there is an opportunity there,” Schuele said about countries like China that banned German pork after it reported a case of ASF in a wild boar just inside the country’s border with Poland in September.

Germany is scrambling to ameliorate the situation — building a fence around the area where the boar was found — but more cases are expected to be found coming in from Poland where ASF outbreaks have been common.

But Germany will keep producing pork, adding supply to the market and likely causing other European countries like Spain, the Netherlands and Denmark to export more as Europe absorbs more of the billions of dollars of pork that Germany typically exports.

“While German pork will still be eligible for sale in the EU market, other major global pork producers will need to fill the gap created by Germany’s potential loss of its Chinese pork export market,” the USDA concluded in a recent report. “The United States, Brazil, Spain, Denmark, and the Netherlands may experience a boost in trade.”

But when it comes to exporting to China, the U.S. shoulders a heavier tariff burden than competing countries thanks to the ongoing trade war. China is exempting importers from some tariffs, but “U.S. pork continues to face a 25% tariff disadvantage in China, due to retaliatory duties related to U.S. section 232 tariffs on steel and aluminum,” says USMEF.

“We would certainly like to be on a level tariff playing field with everyone else,” Schuele said.